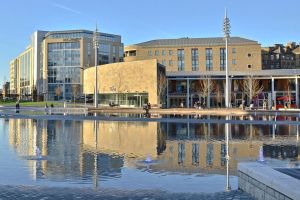 Bradford is a large city, formerly a centre of the textile industry during the Industrial Revolution. Few medieval buildings survived the growth of Victorian Bradford; among those that did are the cathedral (formerly the parish church) and Bolling Hall, now a museum.

On the subject of museums, there are several major museums in the Bradford area, among them the National Media Museum, the Colour Museum, and, a bit further away, the Yorkshire Mining Museum.

The core of Bradford is home to a wealth of impressive heritage buildings, most from the Victorian era when the city was at the height of its prosperity. Among the finest historic buildings is Bradford Cathedral, begun in Saxon times and rebuilt in the Norman period. That medieval church was destroyed by raiding Scots and rebuilt in the 14th century, using pieces of original stone to rebuild the nave. The church was raised to cathedral status in 1919.

Bolling Hall is a stately home with its roots in the late medieval period. The house served as the seat of the Bolling and Tempest families. During the Civil War, Bolling House was used by the Royalist army and housed troops during the Siege of Bradford in 1643 when the owners of the Hall sympathised with the king's cause but the town supported Parliament.

The townsfolk feared that the Royalist soldiers would put them to the sword, but according to legend a spectre appeared to the Royalist commander, the Earl of Newcastle, while he was staying at Bolling House, and urged him to 'pity poor Bradford'. Whether it was the ghost's urgings or not, the townsfolk were spared.

The house is now a museum of local heritage, with displays on the history of Bradford, the Civil War, and the Industrial Revolution. The interiors include rooms designed by neo-classical master architect John Carr of York. Rooms are decorated to convey how the house looked at different stages of its history. There is fine period furniture on show, including an ornate bed made by Chippendale for the stately home of Harewood House.

Another historic building is Moorside Mill, built in 1875 to spin worsted wool. The historic mill building now houses the Bradford Industrial Museum, with exhibits on the textile industry, motor cars, and steam power. Visitors can explore the restored mill owner's house and compare the relatively comfortable quarters to the terraces of mill-worker's cottages nearby.

Bradford's cultural importance has been recognised by UNESCO, who awarded the city the status of 'City of Film'. The Keighley and Worth Valley Railway steam train links several historic attractions in and near Bradford, including the former industrial village of Saltaire.

Just outside Bradford is the village of Saltaire, founded by a wealthy woollen industrialist named Sir Titus Salt. The picturesque village with its cobbled streets is home to Salts Mill, now a combination antiques centre, art gallery, and restaurant centre. 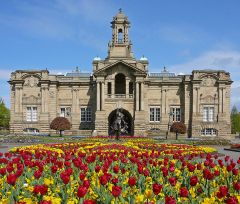 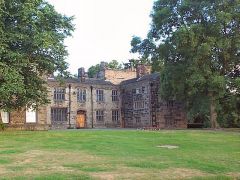 More self catering near Bradford >>

More bed and breakfasts near Bradford >>