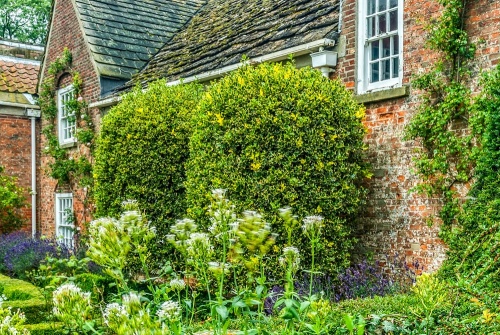 An attractive village at the southern edge of the North York Moors, Coxwold is famous as the home of Laurence Sterne, author of Tristam Shandy. Sterne's home of Shandy Hall is located across the road from St Michael's Church where he preached from 1760-1768.

The Hall itself dates to 1430, immediately after the church was rebuilt. It was intended as a parsonage, and in its initial form was a simple timber-framed open-hall house. It was rebuilt in brick in the 17th century, with huge chimneys that seem too large for a small house. Sterne moved here in 1760 and renamed the house Shandy Hall.

Technically speaking he did not write Tristam Shandy here, for 2 volumes of the work had already been published, but he did complete the work while resident at Shandy Hall, where he also wrote his other major work, A Sentimental Journey. 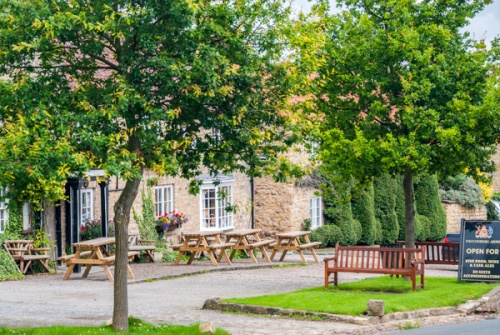 The first record of a church in Coxwold comes from AD 757, but the current building is almost entirely early 15th century, with an unusual octagonal west tower. The most impressive part of the church interior is the chancel, with resplendent memorials to the Bellasis / Fauconberg / Wombwell family who served as lords of the manor. The nave ceiling has early 15th century decorated bosses depicting the arms of prominent Yorkshire families.

On the edge of Coxwold is Newburgh Priory, a stately home built from a medieval Augustinian priory. When the Priory was dissolved by Henry VIII, Anthony de Bellasis purchased it. The Bellasis family later became the Barons Fauconberg and changed their name.

When the Fauconberg line died out in 1825 the estate passed to the Wombell family. Newburgh Priory is believed to be the place where Oliver Cromwell's daughter, Mary, brought Cromwell's body after his death. The local pub is, perhaps not surprisingly, named the Fauconberg Arms.

Just 2 miles away are the remains of Byland Abbey, a lovely medieval monastery in a secluded valley setting. 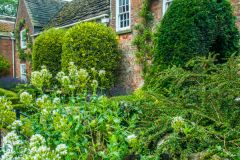 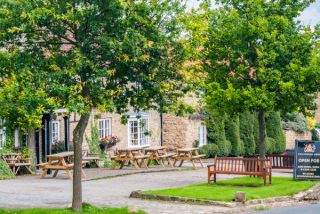 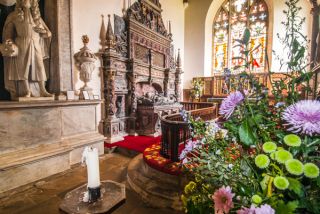 More self catering near Coxwold >>

More bed and breakfasts near Coxwold >>