HERITAGE HIGHLIGHTS:   All Hallows church stands on one of the oldest religious sites in England 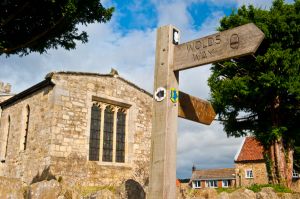 Goodnamham is a pretty village in the East Riding of Yorkshire. The 12th-century parish church of All Hallows is well worth a visit; it is said to stand on the site of a pagan temple. Legend tells us that the priest in charge of the temple was converted to Christianity in the 7th century, and he destroyed his former temple in a fit of religious zeal.

There is evidence of settlement at Goodmanham as early as the Stone Age, and the village is contained within an ancient set of earthworks. An ancient trackway runs west of the village boundary. The track was later adapted by the Romans as a road. It was only after the Romans departed that Goodmanham really became a place of importance. A temple of Woden was founded here, and the Goodmanham temple became the most important shrine in the kingdom of Northumbria.

In a fit of religious zeal, he rode from Edwin's council to Goodmanham, followed by a group of fellow converts. Borrowing a battle axe, he threw it into the temple. When the axe was not destroyed, his followers were convinced that the Christian God was more powerful than Woden and burned the temple to the ground.

The village seems to have subsided into relative unimportance following the destruction of the temple, and the next time it enters the historical record is in the Domesday Book of 1086.

The church of All Hallows was erected on or near the site of Woden's temple around the year 1130, replacing a Saxon timber church. The church boasts 2 fonts, one Tudor and one thought be Saxon, perhaps as old as the 9th century.

An unexpected delight is the Goodmanham Arms, a traditional country pub with a very untraditional museum housing vintage and nostalgic objects. Objects as diverse as vintage motorcycles, pots and pans, an old school bell and lanterns crowd the interior of the pub, making a stop for a cold pint a step back in time. 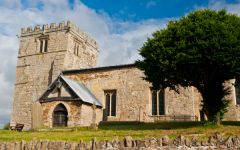 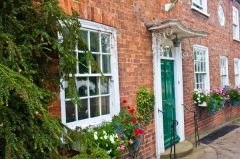 More self catering near Goodmanham >>

More bed and breakfasts near Goodmanham >>