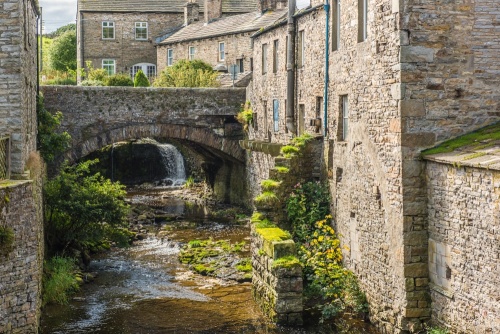 Hawes is the capital of Wensleydale, in the heart of the Yorkshire Dales National Park. Set in an idyllic landscape of stone walls and fields so typical of this area, Hawes is perfectly situated to explore the Dales. The Wensleydale Creamery Centre in the town is a popular visitor attraction, as is Hardraw Force waterfall, just north of the town.

The name of this attractive market town tells a lot about its location; 'hawes' translates as a 'pass between mountains'. The town stands above the River Ure, between the stunning high grounds of Fleet Moss and Buttertubs. Hawes has had a market since 1307, though the first official royal charter dates to 1699, and it still boasts a weekly Tuesday market.

Just across the River Ure from Hawes is Hardraw Force, set in attractive woodland. Hardraw has one of the highest single drops of water in England at over 100 feet. The falls were used as a setting in the Kevin Costner film 'Robin Hood: Prince of Thieves'.

Artist JMW Turner visited Hardraw in 1816 and stayed at the Green Dragon Inn. Access to the falls used to be through the bar of the Green Dragon, but the waterfall proved to be such a popular visitor attraction that there is now a separate visitor entrance. It's more convenient but not nearly so atmospheric! 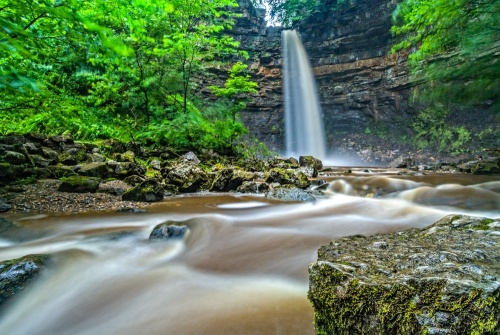 Just a bit further afield is Aysgarth Falls, where the water descends over a series of broad limestone shelves, or steps.

This 18th-century mill was built to spin cotton. The mill was later converted to a sawmill and modern visitors can see the original Victorian turbine engines, still used to power woodworking machinery.

This modern museum, housed in the old Wensleydale Railway Station, tells the story of traditional life in the Yorkshire Dales. Explore a replica lead mine, learn about farming and local industry, and see demonstrations of crafts and rural skills. A research room provides access to historical archives, perfect for researching family genealogy. Beside the museum is an old steam engine on what was one a part of the Wensleydale Railway line.

Also at the old rail station is the National Park Visitor Centre, with a wealth of information on Hawes and the entire Yorkshire Dales park. There is a cafe and a picnic area beside the visitor centre. The car park is a designated Dark Sky Discovery site; come after dark to enjoy pristine views of the night sky above. 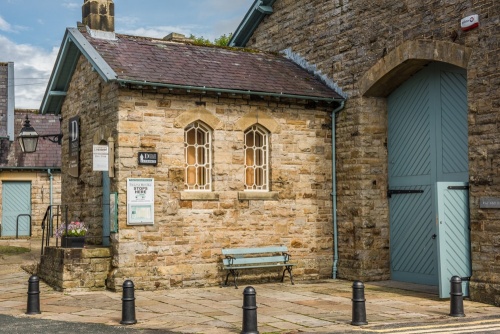 The first written record of a church in Hawes does not come until the 15th century when there was a chapel of ease here. The current church was built in 1850 to replace the chapel and stands almost directly beside the Pennine Way long-distance trail. One of the highlights inside the church is a richly carved Victorian chancel screen. Many of the modern woodwork was created by the famous 'mouseman', Robert Thompson of Kilburn. Look for Thompson's trademark mouse carved onto several of the pews.

Established in 1897, the Creamery was the first to produce the famous hand-crafted cheese that made Wensleydale's name known around the world. The recipe for the cheese, however, is based on a 12th-century recipe developed by French monks. There is a modern visitor centre where you can learn the history of the cheese and cheese-making in the Yorkshire Dales - and of course, taste some for yourself! 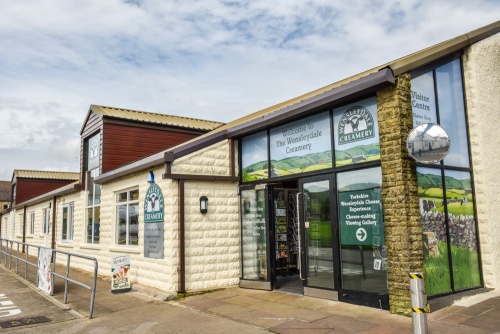 Hawes is at the centre of an outstanding area for walking, and numerous trails centre on the town. The long-distance Pennine Way runs through Hawes, but there are numerous shorter walks to enjoy along the easier valley floor.

There are quite a few listed buildings in Hawes, including the late 17th-century Hillary Hall, former home of Sir William Hillary (1697-1763), a physician who gained a knighthood for his treatment of tropical diseases. The White Hart Inn on Gruel Street dates to the 18th century as does the Black Bull on the Market Place. 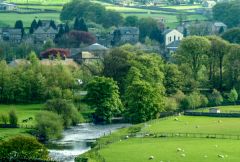 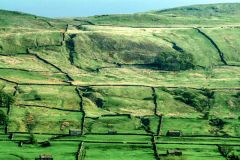 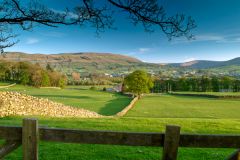 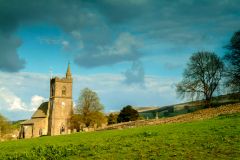 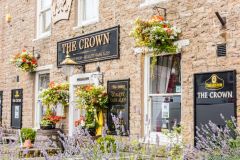 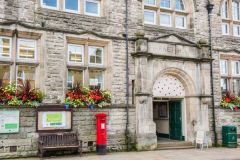 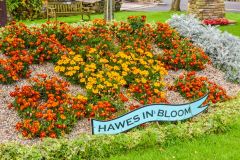 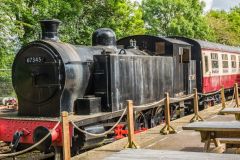 More self catering near Hawes >>

More bed and breakfasts near Hawes >>