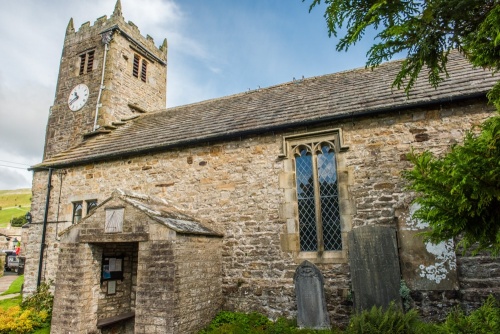 Muker is a popular village in Swaledale, in the Yorkshire Dales National Park. The oldest historical building in Muker is the parish church, dedicated to St Mary the Virgin and built around 1580.

St Mary's is one of just a few churches built during the reign of Elizabeth I. It was consecrated on 3 August 1580 by William Chatterton, the Bishop of Chester. It was not initially a parish church in its own right but a chapel of ease for the church of St Andrew in Grinton.

The arrangement was very unfair to the residents of Muker, who had to maintain the minister but pay all fees for church tithes, births, deaths, and marriages to the vicar of Grinton. This continued until 1750 when the inhabitants successfully petitioned the Archdeacon of Richmond to be freed of their obligations to Grinton. 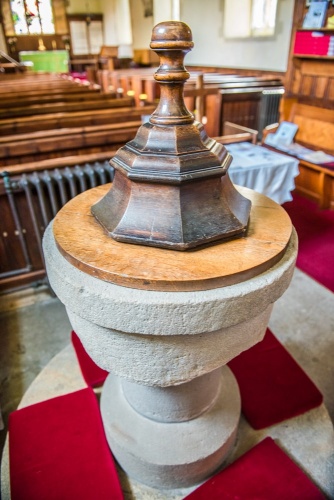 The Tudor church was extremely simple, with a stone floor covered in rushes where the parishioners sat or knelt. The chapel had a thatched roof until 1761 when it was replaced with tiles and pews were installed in the nave. Parishioners were charged for their pews according to their income. That Elizabethan church did not have a tower.

The tower you see today was added in 1793; look for a rainwater pipe with the inscription 'R Metcalfe, J Calvert, C. Wardens 1793'. In the tower are a pair of bells probably brought here from either Marrick Priory or Ellerton Priory at the Dissolution of the Monasteries.

The clock in the tower was installed in 1911 to mark the coronation of George V. The clock has only two faces, on the south and west sides of the tower. 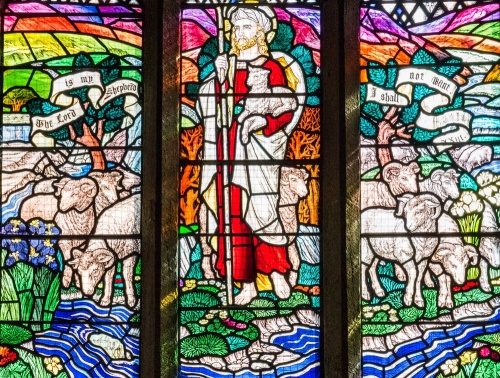 The church was heavily restored in 1890 by BH Metcalfe in honour of his father and mother. Metcalfe's grandfather had served as the minister for 24 years.

The south porch bears a datestone inscribed with the year 1849. The porch is certainly much older and the date simply refers to the year it was restored. look for grooves in the doorposts caused by residents sharpening arrows. Above the porch opening is a sundial with the initials 'YL' for Yvonne Loxley, a longtime friend of the church.

Inside the south door is an original Elizabethan font, which has quite clearly been recut. The result, though it certainly gives it a more modern appearance, unfortunately destroyed the original Tudor carvings. The font cover was made from the old triple-decker pulpit. The pews near the font came from the Muker Methodist Chapel, which closed down in 1861. 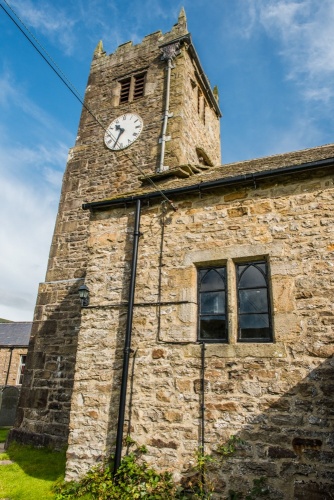 Behind the font is a stained glass window installed in memory of Rev A Dungworth, who served as Vicar of Muker from 1935-1950.

The lectern was given in memory of William Raw, a churchwarden and organist who died in 1971. it was crafted by the famous Thompson woodcarving company of Kilburn. See if you can spot Thompson's trademark carved mouse on the pedestal.

The east window was installed in memory of Rev HB Wilson, Vicar of Muker from 1931-1935. Though the theme is Biblical the window depicts scenery from the Muker area; you can make out the River Swale and Cliff Falls. Even the sheep are the horned Swaledale breed.

The oldest memorial is a damaged wall tablet dated 1746, but perhaps the finest wall tablet is to Alexander Calvert of Richmond, a land agent who died in 1834. 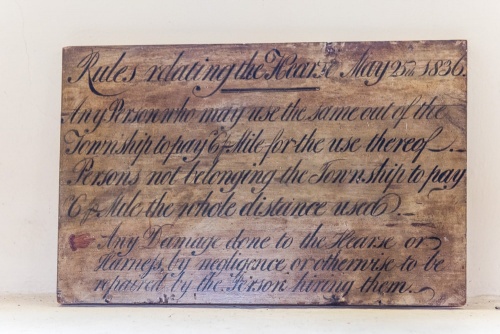 Rules for using the parish bier, 1836

Also on the wall is a delightful set of rules for using the parish bier, dated 1836. The inscription reads:

Rules relating the Hearse May 25th 1836.
Any person who may use the same out of the
Township to pay 6p. Mile for the use thereof.
Persons not belonging the Township to pay
6p. Mile the whole distance used.
Any damage done to the Hearse or
Harness by negligence or otherwise to be
repaired by the Person hiring them.

St Mary's Church is on the B6270 (Gunning Lane). There is no dedicated parking area but there is a pay and display car park by the bridge at the eastern edge of Muker. From there simply cross the bridge, turn left, and you will see the church above on your right. The church was open when we visited and as far as can determine is regularly open daylight hours to visitors. 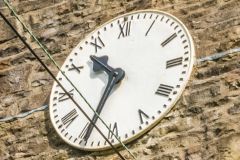 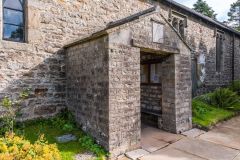 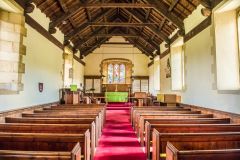 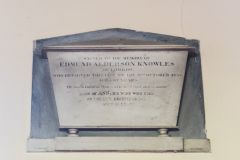 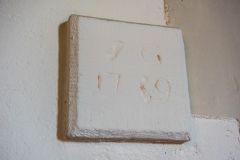 Self Catering near Muker