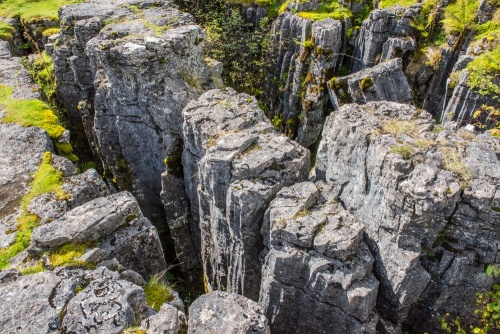 The Buttertubs is a cluster of limestone potholes with distinctive fluted edges near the summit of the Buttertubs Pass linking Swaledale and Wensleydale.

The Buttertubs Pass is one of England's great country roads, a 5.5-mile route linking Thwaite in Swaledale with the market town of Hawes in Wensleydale. The route twists and turns, dips and climbs, and along the way offers breathtaking scenery. 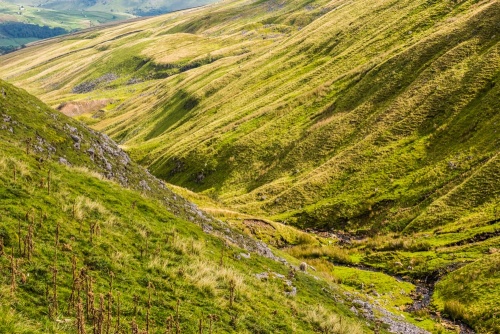 The Pass formed part of the Grand Depart for the Tour de France in 2014. It was the highest of three categorised climbs on Stage One of the Tour. 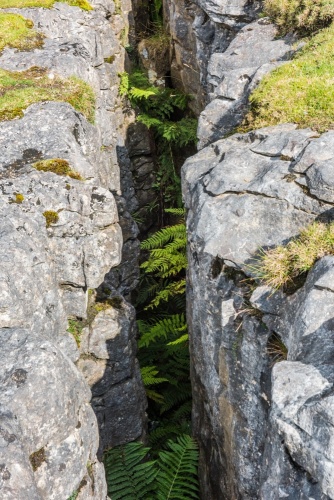 Looking down into the potholes

How were the Buttertubs Formed?

The underlying landscape of the Yorkshire Dales is Carboniferous limestone, formed around 32.5 million years ago. Rainwater seeps through natural cracks in the rocks to eventually create potholes. Over the millennia the mildly acidic water has eaten away the limestone to create bizarre upright shafts with fluted edges.

Some of the Buttertubs potholes are up to 24m deep (about 78 feet) and are getting deeper every year. The potholes are spectacular in wet weather when water flows into them in torrents. 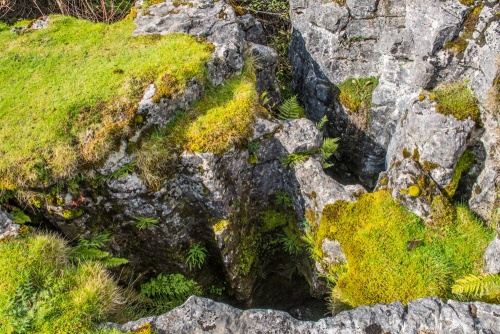 Don't get dizzy near the edge!

How did the Buttertubs get their name?

There are several theories for the odd name of the Buttertubs. The most frequently repeated theory is that Swaledale farmers taking their butter to market at Hawes used the potholes as a cool storage area.

Any butter that remained unsold on one market day could be safely stored in the Buttertubs until the next market rather than being carried all the way back to Swaledale. The cool lower section of the potholes would have behaved like a modern refrigerator.

Another theory is that the potholes got their name simply because they resembled butter tubs! 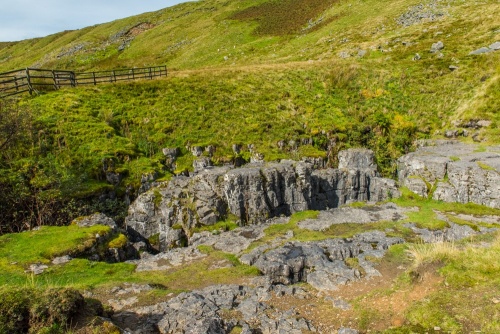 Looking west over the Buttertubs

There is a car parking area at the summit of the pass between Thwaite and Hawes, beside the main pothole area. There are more potholes across the road but please take care and watch for oncoming traffic.

More self catering near The Buttertubs, Yorkshire Dales

More bed and breakfasts near The Buttertubs, Yorkshire Dales