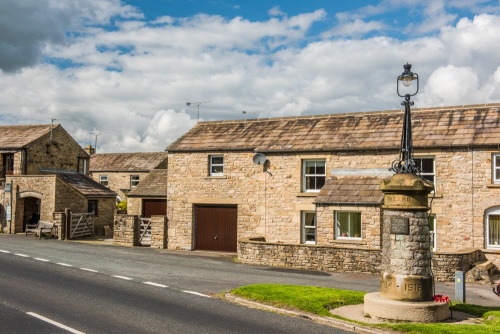 Aysgarth is a small village in Upper Wensleydale, famous for its series of lovely waterfalls. There are three falls, the upper of which was featured in the film, Robin Hood, Prince of Thieves, with Kevin Costner.

The falls stretch for one mile along the River Ure, descending over a series of wide limestone steps, and are extremely popular with tourists. There is a parking area for visitors and trails along the riverside linking the upper, middle, and lower falls.

Just above Yore Mill (see below) is Upper Falls, where water cascades down a broad series of steps. Upper Falls is reached by a footpath from the opposite side of the river from Yore Mill. Access is by a permissive footpath with an honesty box at the entrance. There are several picnic tables and lots of space beside the falls to enjoy a family picnic. 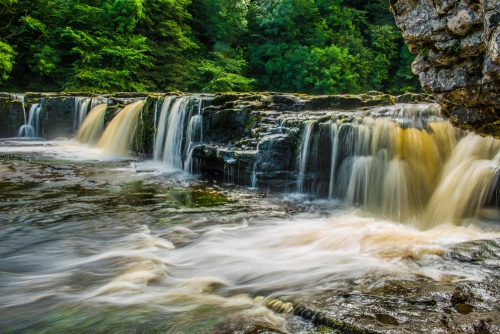 Middle and Lower Falls are both accessed by a signed footpath from the National Park Visitor Centre. You come to Middle Falls first. Access along the river bank is fairly level, with steps down to a viewing platform looking out towards the falls. This is the waterfall that is most difficult to get close to, though the viewing platform does give a reasonably good view of the waterfall from a distance. 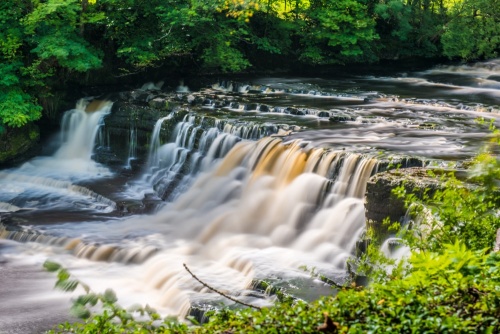 From the viewing platform climb the steps back up to the main path and follow it down the river a few hundred metres to reach the Lower Falls. Here you can get much closer to the waterfalls, and really appreciate the wonderful scenic beauty of the location. 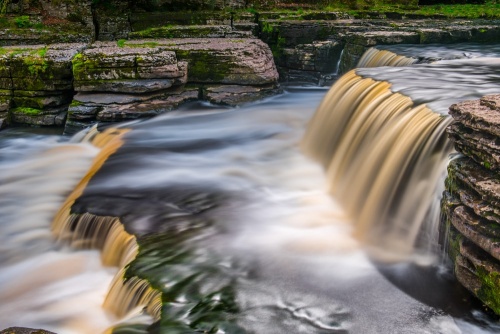 Near the Upper Falls is Yore Mill, built as a cotton mill in 1784. The mill is really a complex of historic buildings clustered around a picturesque bridge over the River Ure. There are several cottages, a miller's house, stables, a blacksmith's forge, and cart sheds.

Though built to grind corn the mill was later a woollen mill, a corn mill, a flax mill, and a cotton mill before being converted to stocking manufacture. It was used briefly as storage for cattle food before it was converted to house the Yorkshire Carriage Museum in 1969. 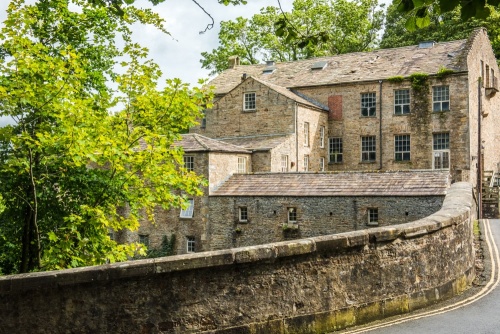 The mill is a relative newcomer compared to the bridge beside it; Yore Bridge was built in 1539 and stretches 71 feet to span the River Ure. 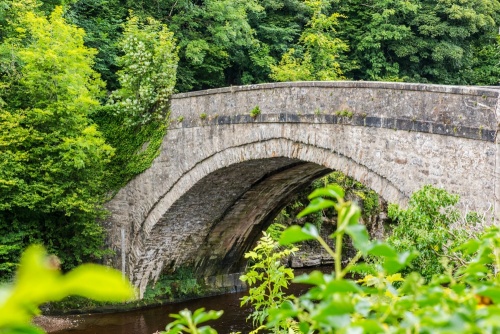 The village itself dates to the Saxon period, and at the time of the Norman invasion it was held by Cnut, son of Karli. William the Conqueror granted the manor to Count Alan of Brittany. By 1480 the manor had passed to the crown and was granted to Richard, Duke of Gloucester (later Richard III).

Henry VIII later held the estate, and Lord Scrope offered to exchange his estates at Pishobury, Hertfordshire with the king, but there is no record to tell us whether the exchange was ever carried out.

There are signposted walks along the River Ure, and the woods are covered in bluebells in spring. There is also a National Park Centre at Aysgarth, with information about walking trails in the area.

The church of St Andrew, which is located beside the river, has the largest churchyard in England, covering 4 acres. The church dates to the 13th century and features a rood screen brought here from Jervaulx Abbey after the Dissolution of the Monasteries. 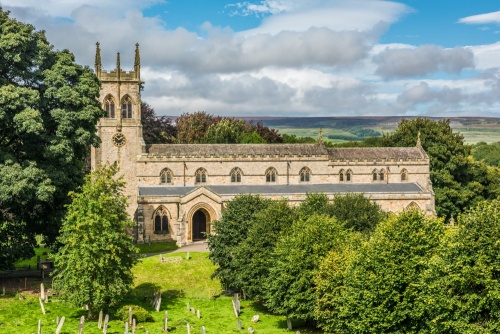 There are 2 pubs in the village; one is the George and Dragon Inn, a 17th-century coaching inn. The other is the Aysgarth Falls Hotel.

There are two main pay and display parking areas for the falls, one just above the church and another at the visitor centre. The upper parking area requires a walk downhill to the church and the river, while the Visitor Centre parking area offers mostly level walking access to all three waterfalls.

There is a very good footpath along the river from the waterfalls to the village of Aysgarth itself, about 3/4 mile distant. The village itself is very small, no more than just a cluster of cottages with a war memorial on a small green. 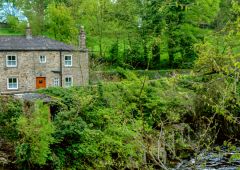 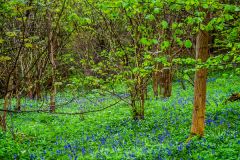 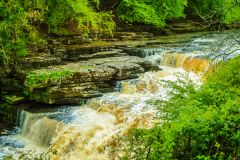 More self catering near Aysgarth >>

More bed and breakfasts near Aysgarth >>