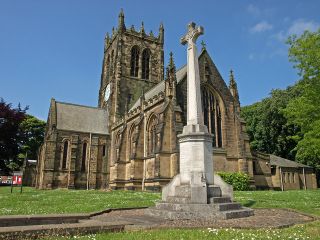 A market town situated in North Yorkshire between the Yorkshire Dales and Moors, Northallerton was the county town of the North Riding. There was probably a Roman settlement here, for Roman artefacts have been found nearby, but the town itself was founded in the Saxon era, and later gained a royal charter as a market town.

The powerful Bishops of Durham held Northallerton from the early Norman period, and the Bishops made the town an important ecclesiastical administration centre. The bishops built a residence at Northallerton, taking advantage of the town's location on the main route between Durham and York.

In 1130 they erected a castle on the edge of town, near North Beck. The castle was razed by Henry II but rebuilt as a moated palace in 1199. The palace finally fell into ruin in the 17th century and the site is now used as a cemetery.

In 1138 the Battle of the Standard took place on nearby Cowton Moor, where an English army defeated Scots under David I.

Northallerton gained prosperity as a coaching waystation, and later, as a railway centre in the 1840s.

There are a number of historic inns surviving in the town centre, including the Fleece Inn, built on the site of a 14th-century friary. Parts of the Fleece date to the medieval period and the inn once welcomed Charles Dickens. Another historic inn is the Black Bull, on the High Street. The Bull was Northallerton's very first coaching inn and dates to the 17th century.

Even older is Porch House, opposite the church. Porch House was built in 1584 and is one of the oldest buildings in town. Charles I stayed here twice; once as a welcomed guest in 1641, and again as a prisoner in 1647.

All Saints church was begun around AD 1120, but it is just the latest in a line of churches on this spot dating back to the 7th century when St Paulinus of York built the first simple wooden church here. That wooden church was rebuilt in stone in AD 855, and fragments of stonework from the Saxon era church still survive.

Six miles away are the extensive ruins of the medieval Mount Grace Priory, the best-preserved example of a Carthusian monastery in Britain. 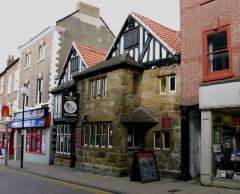 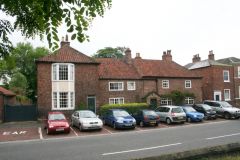 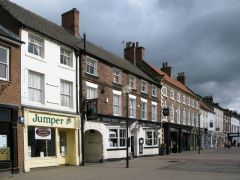 More self catering near Northallerton >>

More bed and breakfasts near Northallerton >>