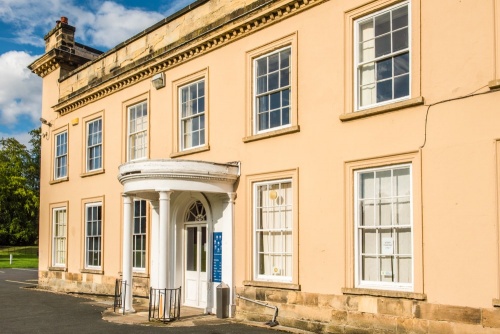 Bedale Hall is a superb Palladian mansion at the north end of the Market Place in the pretty Yorkshire town of Bedale. It is home to the Bedale Museum, where you can discover the rich heritage of the area.

The story of Bedale Hall goes back to [at least] the 13th century when Brian Fitzalan is said to have built a castle here. When Fitzalan died in 1306 without a male heir this estate was split between his two daughters. It seems probable that from the 14th-17th centuries each half of Fitzalan's estate had its own manor house.

The estate passed out of the Fitzalan family by marriage and it passed through several hands until half of the estate was purchased by John Peirse (1593-1658), a gentleman at the court of Charles I. It may have been John Peirse who built the first Bedale Hall in the middle of the 17th century. That was a simple house in the vernacular style. 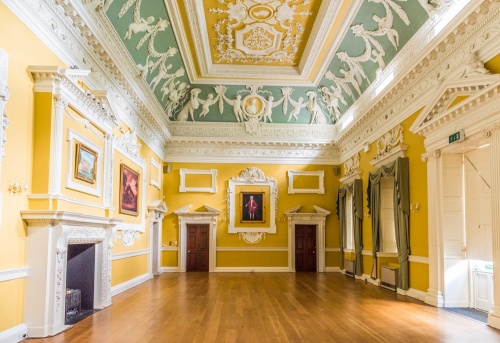 A century later john Peirse's descendant Henry Peirse went on the 'Grand Tour' of Europe, and like so many young men of the time, he came back to England fired by enthusiasm to emulate the great works of classical architecture he saw on his travels.

Around 1730 he began to transform the 17th-century Hall into an opulent Palladian mansion. He filled in the space between the house's wings to create a two-storey saloon to a double-cube design (a chamber whose length is exactly twice its width and height).

He faced the front of the old house in stone and rendered ashlar and topped it with a neoclassical balustrade. The interior of Bedale Hall was a symphony of beautifully detailed plasterwork. Rising off the entrance hall is a cantilevered staircase soaring up towards a cupola. The effect is stunning and makes Bedale Hall easily the equal of many more famous stately homes. 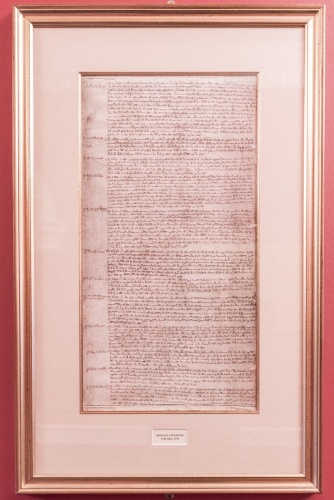 No one knows who designed the Hall or its outstanding plasterwork. Possible architects include Colen Campbell and William Kent, but a more likely architect is John Carr of York or someone influenced by him. It is possible that Henry Peirse simply had a local builder copy published designs in popular books that were in circulation at the time.

Later generations of the Peirse family established a racing stud and laid out 'gallops' in the parkland near the house. The house was requisitioned by the British military during WWII. By the time the military left in 1948, the Hall was in very poor repair.

Bedale Rural District Council bought the Hall in 1951 to serve as its headquarters building. They used the interior as council offices and opened up the grounds as a public park. The Hall is now run by a charitable trust.

The grounds were laid out as a landscape garden around 1780, in the informal style made popular by Capability Brown. 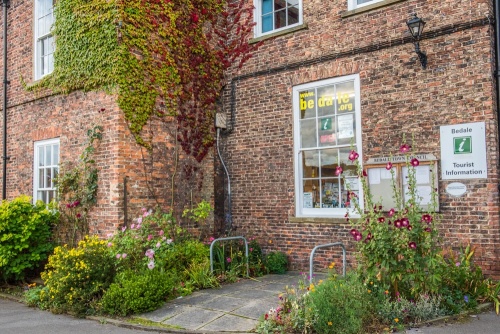 Bedale Hall is exquisite. The interiors are beautifully decorated and the plasterwork is of the very highest quality. The most striking room is the Ballroom on the ground floor. It is easy to miss the most interesting historical feature, however. Set into a glass frame in the ground floor passage is the town charter, executed on 27 May 1251.

King Henry III granted a market charter to Alan, the son of Brian, lord of the manor of Bedale. The charter gave Alan the right to hold a market each Tuesday and a three-day annual fair on the Feast of the Ascension (which occurs 40 days after East Sunday). 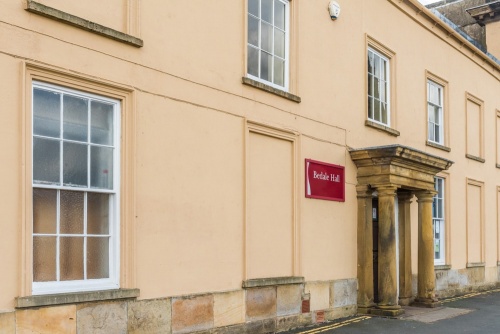 The Hall is home to several community organisations. It houses the local library, the Tourist Information Centre, and Bedale Museum. This free museum was established in 1959 and occupies a room in the Georgian Wing of the Hall. The most popular exhibit is the town's hand-drawn 1748 fire engine.

This is one of two Georgian hand-operated fire pumps purchased by the town during George II's reign. The fire pump uses a patented design created by Richard Newsham, with pumping levers on both sides of a water reservoir. When these levers are pumped they create a continuous stream of water.

There are several examples of historical costumes including a satin and lace wedding dress made in 1910. It was created by a Bedale dressmaker for her niece. And of course, there is an example of a straw hat; Bedale was famous as a centre for hat making in the 19th century.

The museum has a straw bonnet (known as a 'poke bonnet') once worn by the Marchioness of Londonderry. Also on display is a brocade waistcoat owned by the Duke of Cleveland.

Another highlight is a miniature dinner service given by Queen Victoria to the daughter of Sir John Cowell, the Master of the Queen's household, in 1875. 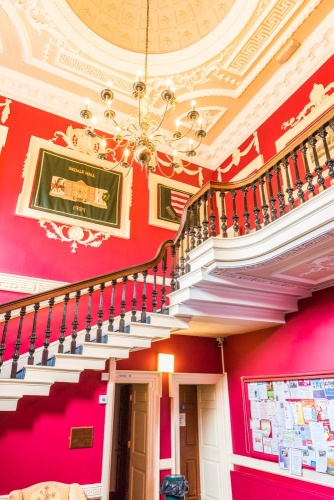 The entrance hall and cantilevered staircase

One unusual exhibit showcases five pieces of fossilised elk horn dating to around 10,000 BC. The elk horns were found in the churchyard of St Gregory's Church when a grave was being dug in 1955.

The museum has a large collection of archaeological finds discovered at Nosterfield quarry. Among the hundreds of items on display are ceramics, flint tools, and pottery.

Other museum themes include local shoemaking, butter and cheese making, carpentry, farming, and bonnet making. The museum has a large archive, useful for family history research.

Bedale Hall is at the northern end of the Market Place on North End (the B6285. There is no dedicated parking but there is parking along the market place. 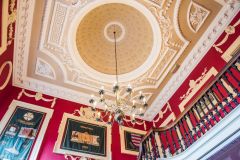 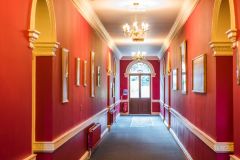 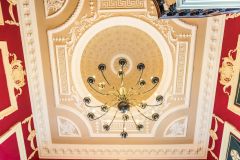 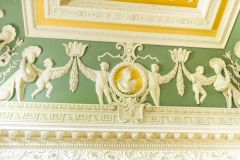 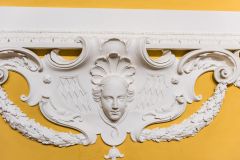 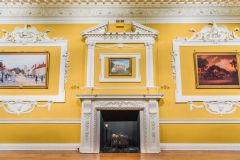 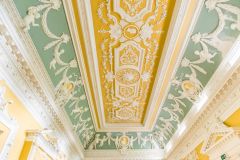