Kiplin Hall is a wonderful Jacobean country house, built in 1620 for George Calvert, Secretary of State to King James I. Calvert later became the 1st Lord Baltimore, and founded the American colony of Maryland. In many ways, Kiplin Hall is unique among houses of the Jacobean period, with domed towers on each side flanking a central pavilion, instead of the more common corner towers.

The house is built of attractive red brick and resembles a miniature Hatfield House. The Jacobean interiors were remodelled in the Victorian period, and now feature historical furniture and family portraits as well as Arts and Crafts Movement artwork. Among the art on display is a collection of paintings by Louisa, Marchioness of Waterford.

Other intriguing items on display include a piece of wood thought to have been part of the block on which Charles I was beheaded, and the library chair used by Admiral Nelson aboard the HMS Victory. A special exhibit traces the role of George Calvert in the foundation of Maryland and the history of the colony.

George Calvert was born at Kiplin, where his father leased land. In 1619 Calvert was able to purchase the estate, and he began building the Hall in 1620 as a hunting lodge. The house originally was composed of a long central room, with symmetrical chambers on either side. The north and south towers had stairs inside, while the east and west towers were used as extra chambers. 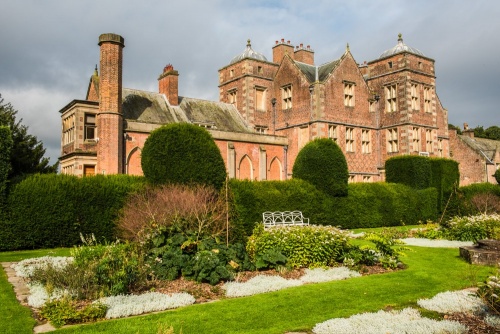 The Hall from the front gardens

We do not know who lived at Kiplin Hall in the 1620s, as George Calvert spent most of his time in London, and his descendants lived in southern England and in Maryland.

In 1720 Christopher Crowe purchased Kiplin and the 800-acre estate from the 5th Lord Baltimore. Crowe commissioned a map of the estate that shows the house with both an inner and an outer courtyard, and fields beyond.

After 1722 Christopher Crowe added a service wing and redecorated the interiors with Georgian plasterwork and fireplaces. Around the middle of the 18th century, Crowe and his son Christopher Crowe the Younger laid out the parkland on three sides of the house. The Crowes bought large tracts of land in the area to provide a source of income for the family. They dammed Kiplin Beck, a tributary of the River Swale, to create a fashionable serpentine lake.

When Robert Crowe inherited the Kiplin estate in 1782 he applied for an Act of Parliament to move the main road to Northallerton, which ran too close to the house for his liking. The road was duly moved and Crowe enclosed the estate within a high wall, creating a sheltered area where he laid out a Georgian pleasure ground, with sinuous tree-lined walks and ponds. He also installed a ha-ha, or hidden ditch, to the east of Peninsula Wood to create an uninterrupted view towards the Cleveland Hills. 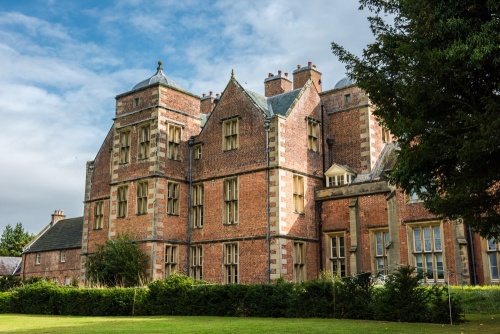 The rear of the Hall

In 1817 the heiress of Kiplin married the 4th Earl Tyrconnel. The marriage was childless, so rather than let the family line die out she settled the inheritance on a cousin, a member of the Talbot family. In order to receive the inheritance, the young Talbot, who was raised as a Catholic, had to change his name to Carpenter and become an Anglican and marry a Protestant. This he did, even though he had to endure an official investigation every seven years by a team of Anglican clergy. The upheaval in his private life did not stop Talbot/Carpenter from rising to the rank of Admiral in the navy.

In 1820 the house was further expanded with the addition of the south wing, containing what is now the library.

There are 14 rooms on display, including the kitchen, dining room, drawing room, long gallery, and a family activity room. Outside are attractive wildflower woodlands with walking trails and a lily pond to enjoy.

Before Bridget Talbot, the last private owner of Kiplin Hall, died in 1971 she set up a charitable trust to ensure the future of the estate. Unfortunately, the only way the trust could make the estate viable was to dig up the historic parkland as a gravel quarry. When the gravel supply was exhausted the quarry was flooded to create a beautiful lake, with a castellated folly on the shore opposite the house. Today it is the lakeside setting that makes Kiplin Hall such a picturesque historic house. A footpath follows the lakeshore, creating a wonderful - if occasionally wet - walk of about a mile. 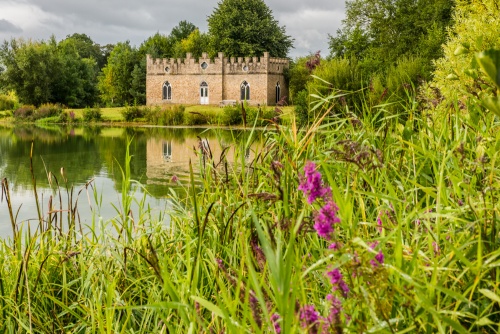 The castellated folly by the lake shore

Close to the Hall is a walled garden that almost certainly dates to the 18th century. The garden probably had glasshouses though no evidence of these remains. There were certainly glasshouses by the early 19th century, as the Earl of Tyrconnel's diary talks of growing grapes in a vinery and hothouses warmed by steam.

In the walled garden is a small Garden Museum with historical garden tools and exhibits tracing the history of the Hall and its gardens. One fascinating feature of this Garden Museum is an exhibit on the gardeners who worked here, following the life and work of people like JB Whiting, Gardener to the Earl of Tyrconnel from 1835-1840, who wrote regularly to publications like The Gardener's Magazine on such subjects as insects that damaged pear trees, white scale on pineapples, and varieties of grapes grown in the Kiplin vinery.

Part of the exhibit shows the career path often taken by gardeners, who would often start as an apprentice, through a contract between the boy's parents and the head gardener. An apprenticeship of at least three years was followed by at least seven years as a journeyman, moving positions annually and working in public botanic gardens, a public nursery, and finally, in a private garden. Only then could he earn the right to be hired as head gardener, a title he retained even if he then moved on to a new job. It's a fascinating glimpse into life on a country estate.

Kiplin Hall is an absolute delight to visit. I only wish we'd been allowed to take photos inside the house so we could share views of the beautiful interiors. 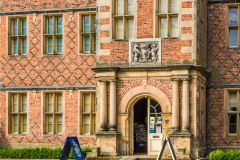 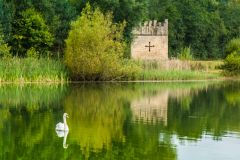 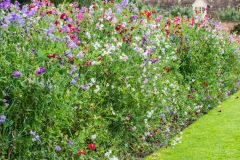 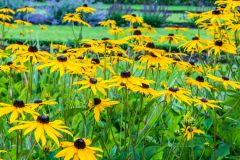 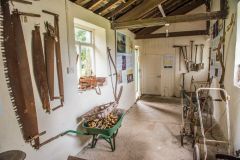 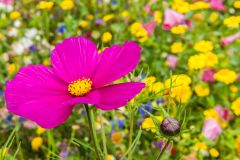 More self catering near Kiplin Hall >>