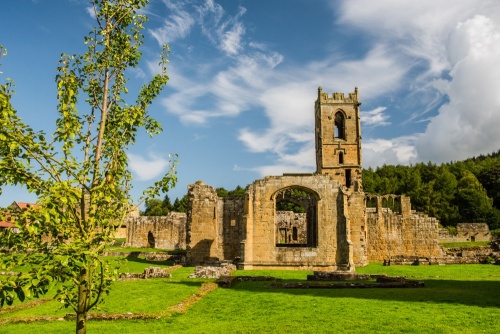 Mount Grace Priory is a late 14th-century Carthusian monastery on the western fringes of the North York Moors. Mount Grace is unusual in several respects. First, not many Carthusian monasteries were founded in England. The order never gained the popularity of orders such as the Augustinians, Benedictines, or Cistercians.

One of the reasons for that lack of popularity is that the Carthusians were a very strict order; the monks wore hair shirts and lived their lives in isolation, echoing the lifestyle of early Christian hermits.

Unlike other orders which ate, drank, slept, and worked together, the Carthusians had private cells and lived in silence, devoting their whole existence to solitary contemplation and working in their garden plots. They did gather together for worship in the priory church three times a day, and ate silent meals as a group on Sundays and holy days, but much of their existence was solitary and silent.

The main Carthusian monastic house in Britain was Charterhouse in London, and Mount Grace was really the only other major foundation. It is certainly the best preserved and gives a very good idea of a traditional Carthusian priory layout. 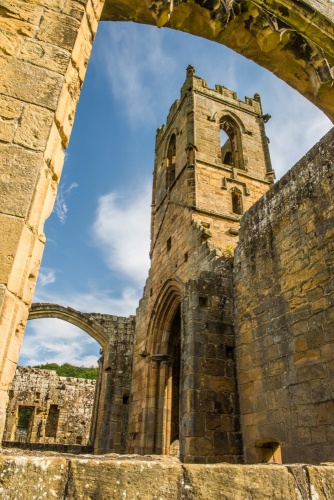 The other unusual thing about Mount Grace is simply the late date of the priory foundation. Most of the important monastic houses of England date to the 12th or 13th century, but Mount Grace was founded well after the great flowering of monastic enthusiasm; in 1398. The founder was Thomas de Holland, Duke of Surrey and Earl of Kent, and the nephew of Richard II.

When Richard was deposed by Henry IV, de Holland joined an abortive coup against the new king. The coup failed and de Holland was executed. As a result of their patron's death, there was ongoing confusion over the Carthusians' claim to the site.

Mount Grace was granted to Guisborough Priory, even though confirmation of the Carthusian claim to the priory was issued in 1440. The confusion ended at last in 1508 when Prior Henry Eccleston managed to obtain a lease to the site from the Augustinians of Guisborough.

But we're getting ahead of ourselves; the first phase of building at Mount Grace took place from 1400-1410, and then again from 1420-1430. The priory was expanded in 1470-1480. A final phase of building took place around 1520, shortly before the priory was finally dissolved by Henry VIII in 1539. At the Dissolution, there were 16 monks, 3 novices, and 1 oblate (a youth apprenticed by his parents) under Prior Wilson. These 20 were supported by 6 lay brothers. 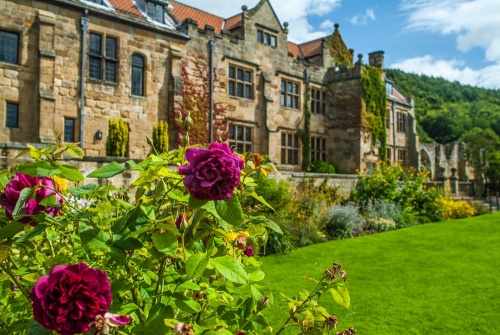 The priory buildings were sold and the monastic buildings left to decay until the entire site was purchased by Thomas Lascelles in 1653. Lascelles converted the guesthouse range into a private dwelling known as Mount Grace House.

This was remodelled in Arts and Crafts style for Sir Isaac Lowthian Bell in 1901 and is now in the care of English Heritage, who also look after the priory itself, though the buildings are actually owned by the National Trust.

The House acts as a visitor centre and study centre for the priory. One of the manor house rooms has been restored to its 1901 appearance, with William Morris wallpaper and Arts and Crafts style furnishings.

Large parts of the priory buildings remain, the most striking being the church, in the centre of a complex including a Great Cloister to the north, with ranges of individual living cells for monks. To the south of the church is a Lesser Court with quarters for lay brothers, and servants, without whose contribution the priory could not have functioned.

Beyond this central court of claustral buildings is an outer court containing a stable block, frater (dining hall), granary, and guest house.

The priory church was originally a very simple rectangular building, but around 1420 it was enlarged to act as a suitable burial place for Thomas Beaufort, the Duke of Exeter. The base of Beaufort's tomb can still be seen, near the remains of the monk's stalls.

Chapels were added to the north and south of the nave in the late 15th century to provide a burial place for patrons of the priory. In the early 16th century, a third chapel was added to the south of the choir. The most striking visible remain of the church is the early 15th-century bell tower, which dominates the entire monastic site. 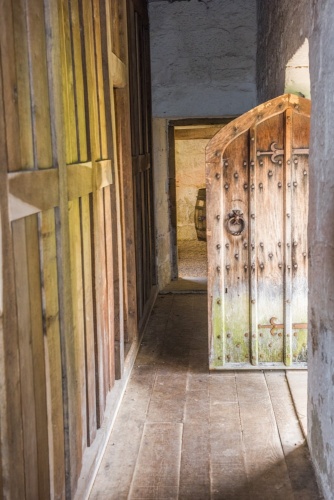 Apart from the church the most fascinating feature at Mount Grace is the Great Cloister, arranged to provide living quarters for up to 15 monks. As its name implies, the Great Cloister is much larger than most monastic cloisters, simply due to the space required for so many individual cells. One of the cells has been furnished so that it can give visitors a good idea of how a Carthusian monk would have lived.

Each cell had its own water supply, fed by a spring on the nearby hillside, channelled to a now-vanished water tower, then through a system of lead pipes to each cell. These cells were originally built of timber but were rebuilt in stone around 1420. You can easily trace the system of stone-lined drain channels which link the individual cells to the main drain system.

The water supply and drainage system is remarkable, for it was built at a time when even the largest and most expensive homes of the nobility had rudimentary water supplies, and long before most large cities had adequate water and sewage systems.

The most intriguing feature of these cells for a modern visitor is a small opening in the stonework beside each doorway. It was through this hatch that lay brothers passed food to the monks without the need to speak or disturb his contemplation.

Each cell had a fireplace, bedroom, and study, with a steep stairway to a second-storey chamber which served as a workroom. Each cell had a door to a miniature cloister looking onto a small garden.

In the north-east corner of the Great Cloister is a small walled garden. Interestingly, it was in this garden that the monks were traditionally buried. There is a cell for the prior, and though larger than those for individual monks, it is much smaller and less comfortable than those of Augustinian or Cistercian abbots. 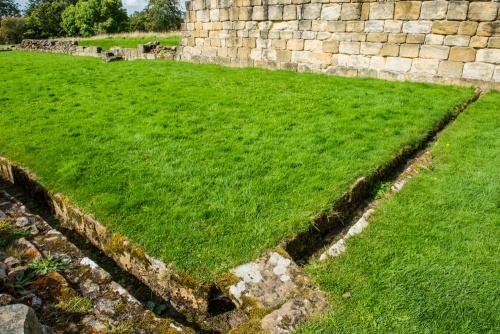 Part of the remarkable water and drainage system

Life in a Carthusian monastery was not easy, and there would inevitably have been problems with discipline. If a monk broke the strict rules of the order they could be sent to the prison, a three-storey structure in the south-west corner of the Great Cloister. Monks from other Carthusian priories might also be sent to Mount Grace to be incarcerated in the prison.

This is really a fascinating site, unlike any medieval monastery in England I've ever visited - and I've visited a lot! The individual monk's cells around the Great Cloister are fascinating, and the site really gives a good idea of how the Carthusians lived, worked, and prayed. Well worth a visit. Also, while you're in Osmotherley, pop into the village church; it is well worth a look. 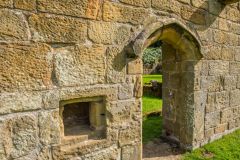 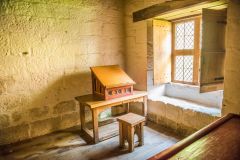 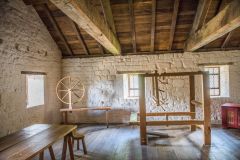 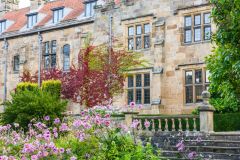 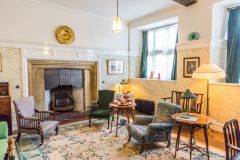 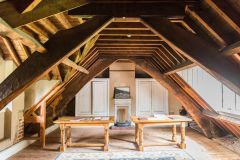