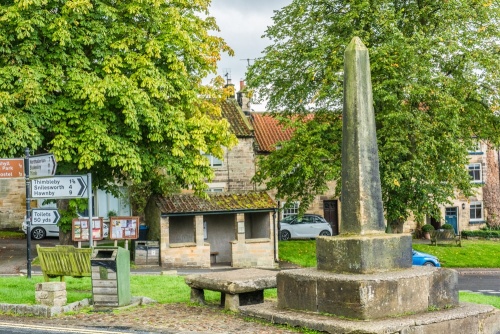 Osmotherley is a very attractive village on the western fringe of the North York Moors, set in the Hambleton Hills. John Wesley preached here on several occasions, and Osmotherley is home to the oldest Methodist chapel in the world, built in 1754.

Much older is St Peter's church, built upon Saxon foundations, with much Norman work remaining. A Grade II* listed building, the church was heavily rebuilt in 1892 but retains many of its original medieval features. Several ancient Viking carved stones are housed in the south porch along with a fragment of a hogback gravestone.

John Wesley preached here several times. The first occasion was in 1745, apparently at the invitation of a local Catholic priest. Wesley used the old medieval 'barter table' beside the market cross as his pulpit. The barter table is a low, flat stone raised on short stone legs.

In the medieval period, it was used as a market stall for local traders. As for the market cross itself, it is thought to be 18th century, but the raised steps that it stands on are medieval, suggesting that there was a much earlier cross on the same site.

In 1754 a Methodist chapel was built in Chapel Yard - the first dedicated Wesleyan chapel in England. Yet another religious connection is the Friends Meeting House, built in 1690. The Meeting House is a reminder that George Fox, founder of Quakerism, is thought to have visited the village. 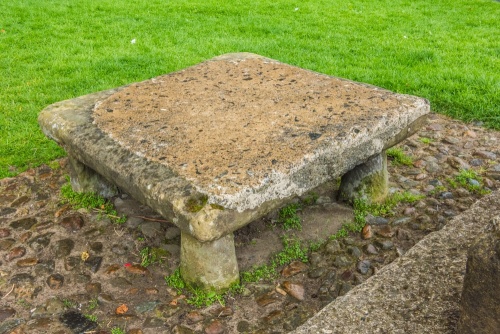 The name Osmotherley comes from a 'ley' or clearing, belonging to either a Saxon named Osmund or a Viking named Asmund. At the time of the Domesday Book in 1086 it was recorded as Asmundrelac.

On the other hand, if you prefer a bit of a romantic tale instead, there's a local legend that the name comes from the sad story of a man named Oswald, or Osmund. Oswald's mother went out to gather firewood in winter. She did not come back, so her son went out to look for her. He found his mother lying in the snow, dying from the cold. He could not carry her home, so he lay down in the snow beside her, and there they died together. So Osmotherley is the place where Oswald's mother lies (try saying it quickly).

The village is served by 3 pubs, all standing within a few yards of each other. Osmotherley is the only village in England with a pub named the 'Queen Catherine', so the village enjoyed a bit of media notoriety during the wedding of Prince William and Catherine Middleton.

Just outside Osmotherley is Mount Grace Priory, a Carthusian monastery dating to about 1396 and now in the care of English Heritage. 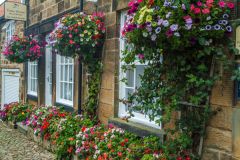 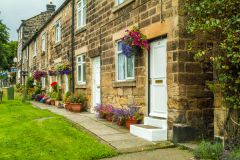 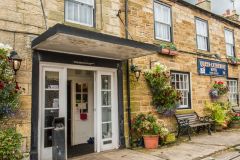 More self catering near Osmotherley >>

More bed and breakfasts near Osmotherley >>