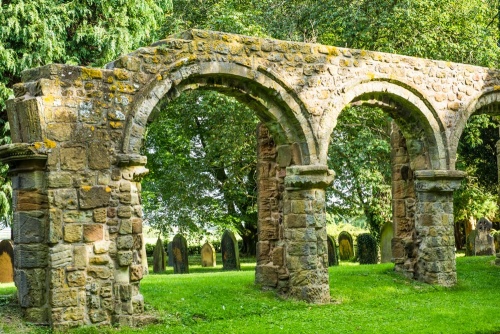 Just outside the village of Swainby on the edge of the North York Moors lies the deserted medieval village of Whorlton. The only reminders of the once-prosperous village are the ruins of 14th-century Whorlton Castle and the nearby Church of the Holy Cross, sometimes known as Whorlton Old Church.

Like the castle, the church is a partial ruin, with only the tower and chancel intact. There was a Saxon church on this site before the Norman Conquest but the oldest part of the buildings we see today dates to the late 11th century, after the Norman lord Robert de Meynell built the nearby castle.

The chancel arch dates to at least the 11th century, and the north aisle may have been built at the same time. The south aisle was a later addition. 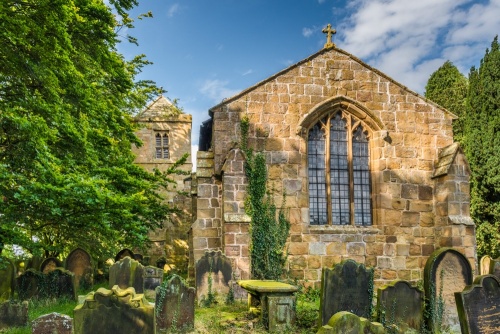 The chancel and tower

The chancel was rebuilt in the 13th century and the nave was extended westward by one bay. From the exterior of the church, you can clearly see where the chancel roof was raised and the east window widened.

The church had a chantry chapel against the north wall, but this was pulled down when the church was restored in the Victorian period. Chantries were private chapels, usually with a priest charged with saying regular prayers for the souls of the donor and their family.

The tower was added in the 15th century and served double duty as the entrance porch. In the tower hangs a single bell, cast in the early 16th century. You can see fragments of medieval grave slabs built into the nave walls. 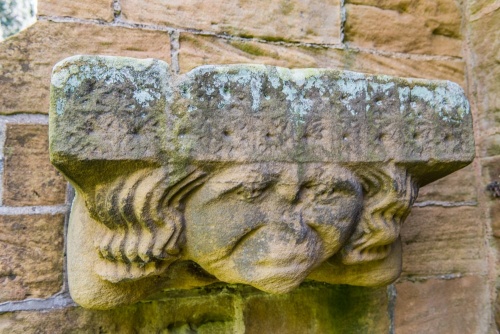 A corbel carving in the nave

Unfortunately, the church was in such poor repair by the 19th century that a new church had to be built in Swainby village, using stone from Whorlton Castle. The last service was held here in 1875. The nave was finally dismantled a century later in 1975, leaving the original Norman arches standing. The chancel, however, is intact.

Sadly the church is normally kept locked but it is well worth exploring the roofless medieval nave with its Norman arcades and fragments of early medieval carving built into the walls. There is a shuttered window in the chancel door allowing you to look into the chancel interior.

One of the treasures unfortunately inaccessible in the chancel is a 1322 effigy of the 2nd Lord Nicholas de Meynell, made from bog oak. The effigy is hollow and the interior was originally filled with charcoal to aid preservation. It is rare, though not unique, to find surviving 14th-century wooden effigies intact. 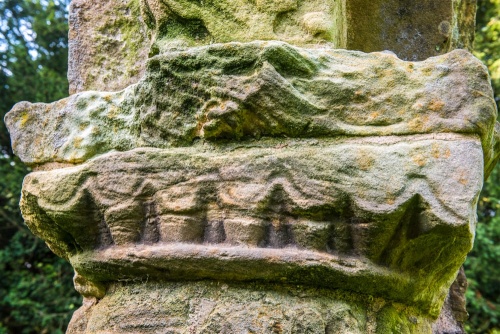 On the south wall are heraldic shields. One bears a worn date which is probably 1593. The other bears the coat of arms of Bate of Easby, 'Sable a fesse engrailed between three right hands argent', or in plain English three hands separated by a wavy bar. There are more shields below window level bearing the inscription 'E. Bate'.

Whorlton Church is very easy to find. From the centre of Swainby take Whorlton Lane heading east. After 500m you pass the 14th-century gatehouse of Whorlton Castle and after another 100m you come to the church on your right. 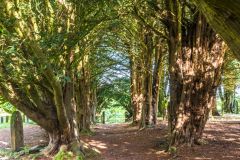 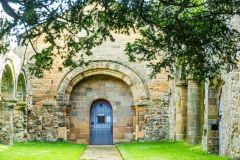 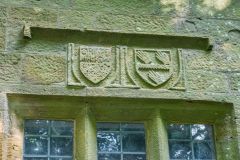 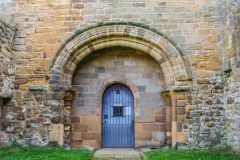 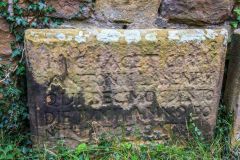