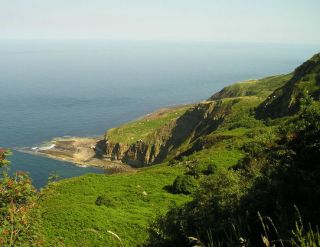 A small village on the Yorkshire coast north of Scarborough and close to Robin Hood's Bay. Ravenscar was the site of a Roman signal station. The Raven Hall Hotel was once owned by Dr Francis Willis, doctor to King George III. The king may have stayed here during his treatment.

Ravenscar labours under the moniker, 'the town that never was', which is a bit unfair. In the Edwardian period, an ambitious scheme was mooted to make Ravenscar a seaside resort along the lines of Scarborough or Whitby.

Sewers were built, roads laid, and building foundations erected, but the company behind the scheme went bankrupt, so the plans came to nothing. You can still wander deserted streets, a reminder of what might have been.

Perhaps the best way to appreciate the story of the 'town that never was' is to pick up a Tracker Pack from the National Trust visitor centre. The pack helps families learn about local heritage and wildlife and is free to hire.

The path down to the beach is a bit steep, but your reward for the walk is a wonderful secluded beach, a good place to search for fossils. The National Trust also looks after the Peak alum works, just north of the village.

Until 1897 the village atop the cliffs was known as Peak and was home to a chemical works producing alum for use in dyeing and tanning. The manor house was Peak Hall, built in 1774 by Captain William Childs, who purchased the alum works here in 1763. During the building work, foundations of a Roman fort were uncovered. Stones from the Roman walls were used to build local farmhouses.

Childs was followed by his daughter Ann, wife of Dr Willis. The family fortune was squandered by the couple's son, Rev. Dr Richard Willis, who was addicted to gambling, not just on horses, but on louse-racing! Willis was responsible for building the hanging gardens at the Hall.

When Willis's money was exhausted the Hall was taken over by his main creditor, William Hammond. Hammond was a public benefactor, erecting a windmill and St Hilda's church for the local residents. He also helped bring the railway to Ravenscar, though he insisted that the track had to go through a tunnel as it passed Peak Hall.

After Hammond's death, the Hall was turned into a hotel and renamed Raven Hall in 1895. The village followed suit and was renamed Ravenscar two years later.

The village lies at the eastern end of the Lyke Wake Walk trail and the long-distance Cleveland Way passes through the village. 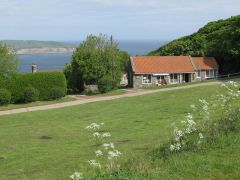 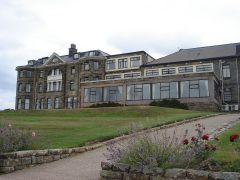 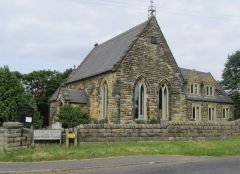 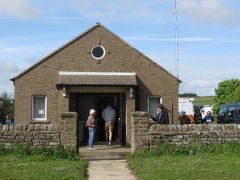 More self catering near Ravenscar >>

More bed and breakfasts near Ravenscar >>