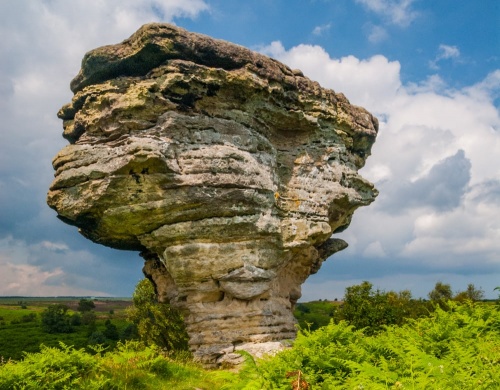 The Bridestones is a nature reserve on Staindale Moor, within Dalby Forest, on the edge of the North York Moors. The reserve is named for the oddly-shaped rocks that stand on the moorland summit. The site is a mix of open moorland, meadows, and ancient forest, and has been named a Site of Special Scientific Interest (SSSI).

The site takes its name from the peculiar cluster of sandstone rocks on the moorland summit of Needle Point near Staindale.

The grotesquely shaped rocks were created by the movement of glaciers during the last Ice Age, and have been weathered by the action of frost, wind, and rain over thousands of years to create a bizarre series of shapes. 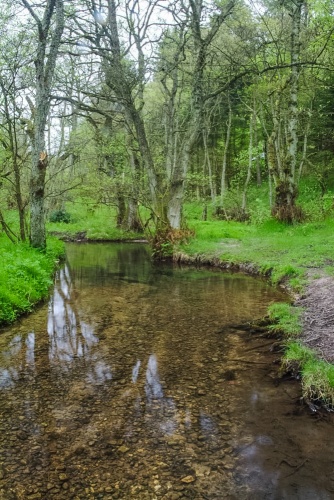 Some of the rock formations have delightful and rather descriptive names such as The Pepperpot, with an oversized top standing on a spindly base. Another rock has a tunnel passing under it, formed by erosion.

NOTE: Do not mistake The Bridestones near Dalby with several other sites of the same name. There is a Bridestones rock formation near Todmorden, also in Yorkshire, and a Bridestones chambered cairn in Cheshire. 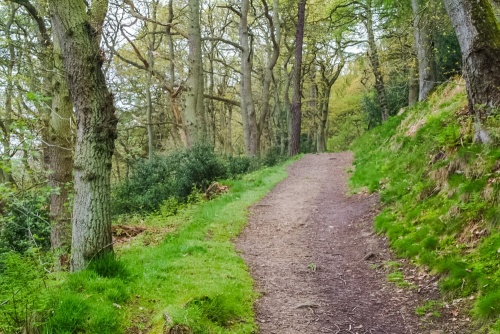 The path rises through pleasant woodland

The only road access is on the Dalby Forest Drive, maintained by the Forestry Commission. There is a toll payable at all times. You can access the Forest Drive on a minor road north of Thornton-le-Dale or another minor road near Hackness in the east.

Park at the Bridestones car park in Low Staindale and take the signposted path on the north side of the Forest Drive. There are several optional routes off the path but if you stick to the main trail you will pass through woodland beside Dovedale Griff, cross over the stream to the west bank, carry on for another half mile, cross back to the east bank, the climb through open moorland to the High Bridestones. 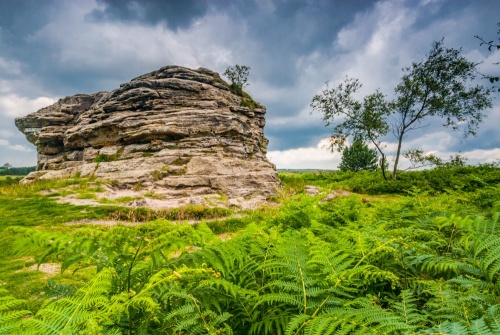 The trail reaches The Bridestones 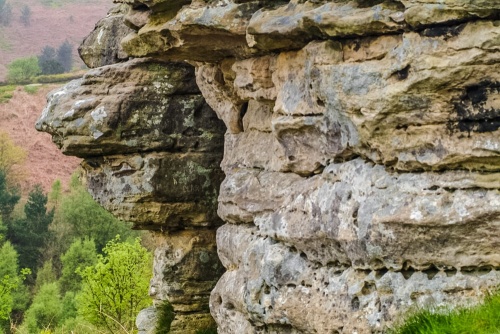 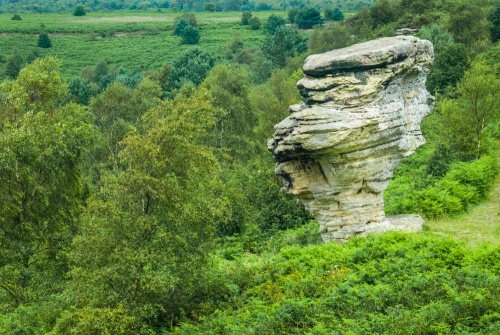 The rocks look over Dove Dale

You can return the same way or make the walk into a circular route by turning right and following the trail over the edge of Needle Point and down to another group of stones known as the Low Bridestones.

From there it is an easy walk back to the parking area. It will take perhaps 15-20 minutes to reach the High Bridestones and perhaps 15 to make the return downhill.

Nearest Accommodation to The Bridestones:

More self catering near The Bridestones

More Hotels near The Bridestones

More bed and breakfasts near The Bridestones