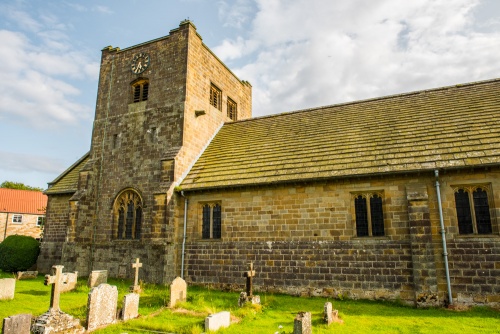 The parish church of Goathland, Yorkshire dates to 1894 but it stands on the site of several earlier buildings dating back to the 11th century. The oldest surviving feature of those early churches in a late 11th or early 12th-century font in the style of a chalice.

Sometime in the last years of the 11th century, a small group of monks under 'Osmund the Priest' established a hermitage and built a chapel near the Eller Beck. Henry I granted the monks land for the hermitage and in a later charter the king instructed the Abbot of Whitby to welcome the monks into the Benedictine order. King John gave the monks of 'Godelane' a grant of land.

It seems that the hermitage was converted into a dwelling for the Abbot of Whitby. After the Dissolution of the Monasteries 'Abbot's House' was sold into private hands. 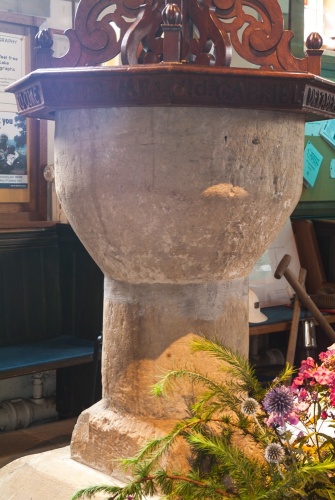 The next we hear of a church in Goathland comes from the year 1568 when St Mary's Chapel is mentioned. In 1635 the Dean of York granted the inhabitants of Goathland the right to bury their dead in the chapel. The parish records begin in 1669, and we know that marriages were held in 'Godeland Chapel' at that time.

That chapel was under the control of St Peter & St Paul's Church in Pickering. The obligation to Pickering caused serious friction; residents objected to paying church fees to Pickering since they received no direct benefit.

By 1821 the medieval chapel was in poor repair and was replaced by a new church, which stood where the present graveyard is now. 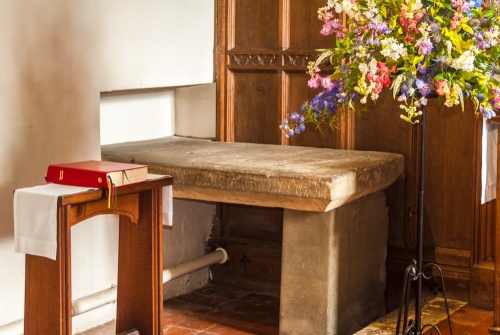 That early 19th-century building was replaced in 1892 under the leadership of the Vicar, Rev. Ernest Hare. Hare raised Â£800 for a new church, with much of the money given by Malcolm McEacharn, a London shipbroker who married Ann Peirson of Goathland. Ann died in childbirth just 11 months after their marriage, and McEacharn wanted to create a suitable memorial.

On the south wall of the nave are plaques commemorating the McEacharns and their child, who died in Australia-at the age of 11 and was brought back to Goathland for burial.

To the Glory of God and
the Holy Memory of S.
Mary this stone was laid
on July 5 1894 by M.D.McEacharn Esq.

Stone from the earlier Georgian church was used to build the tower of the new building. Construction was finished in 1896. 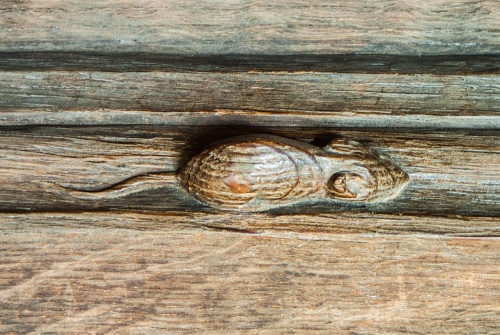 Very little was salvaged from the earlier churches in Goathland. The historical highlight is a 12th-century font brought here from Egton when the church there was pulled down. This plainly carved font has a simple circular bowl atop a slender central column, created a traditional chalice shape.

Set against the sanctuary wall is a stone altar slab thought to have been preserved from the 12th-century hermitage chapel. The pulpit is Jacobean (17th century). Other highlights are Victorian, including a good collection of stained glass.

Most of the woodwork was crafted by Robert 'Mouseman' Thompson of Kilburn. Thompson was responsible for the panelled altar and the reredos behind it. Look for Thompson's trademark mouse symbol carved into several surfaces. 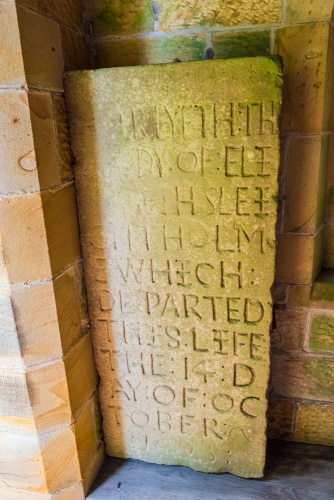 Set against the west wall of the porch is a grave slab commemorating Elizabeth Sleightholme, who died in 1695.

Look for a peculiar grave in the churchyard with a memorial in the shape of a chained anchor. 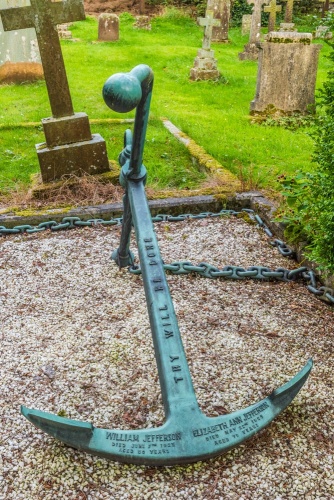 Memorial in the shape of a chained anchor

St Mary's Church is at the extreme south-western edge of the village near the Malham Spout Hotel and waterfall walk. The church s usually open daylight hours to visitors. There is no dedicated parking that we could see but there is a large pay and display car park in the village centre.

Self Catering near Goathland