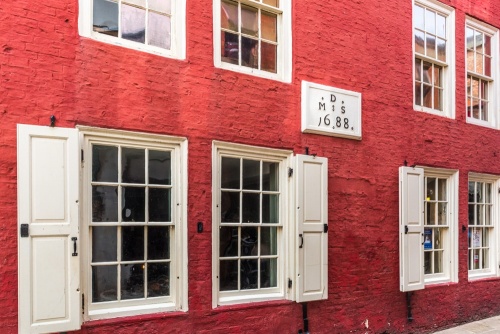 In 1746 James Cook, then aged 17, became an apprentice seaman to John Walker, a Quaker shipowner in Whitby. Walker and his family lived in a Georgian house on Grape Lane, with a yard and slipway leading down to the busy harbour. Cook and his fellow apprentices lodged in the attic when they were not at sea.

Cook lived in Walker's house for three years, leaving in 1749 when he was released from his apprenticeship. He joined the Royal Navy in 1755 and went on to become a national hero, known for his voyages of exploration, and for mapping Australia and New Zealand.

The house where he served his apprenticeship is now a fascinating museum covering Captain Cook's personal life and his naval career. See personal letters, family portraits, original documents, maps, ship models, and objects brought back from his Pacific voyages of discovery. 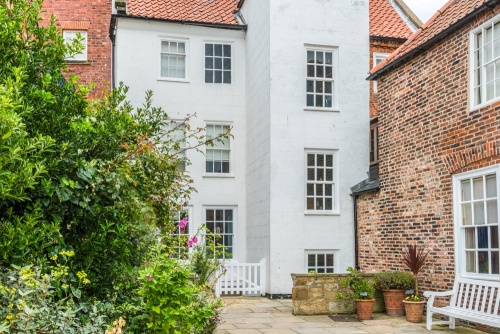 The house from the rear yard

James Cook was born in Marton, Yorkshire in 1728. His family moved to Great Ayton when he was eight years old. He left home at 16 to work for a merchant in Staithes. There he was smitten by the lure of the sea. The following year he left Staithes and moved to Whitby where he apprenticed to John Walker. Walker ran several barks, known as colliery cats, carrying coal from Newcastle to London.

Over the three years that Cook lodged with Walker, he sailed on several ships including the Freelove, Three Brothers, and The Mary of Whitby. In 1752 he became Mate of the Friendship.

Walker's ships did not sail during the winter months. They overwintered in Whitby harbour where they could be repaired. During those periods of inactivity Cook stayed with the Walker family in his attic quarters, with a window looking out over the harbour.

In 1755 Cook was offered the opportunity to become Master of the Friendship but he chose instead to join the Royal Navy. And the rest is history. 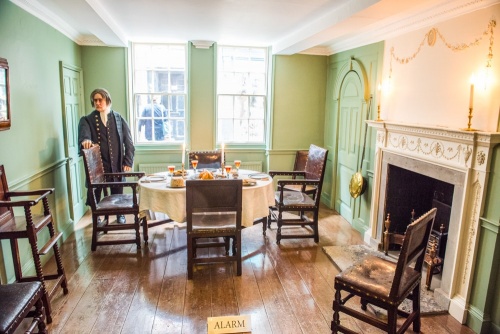 This lovely 18th-century house is a good example of a Whitby shipowner's house, which served a dual purpose as a residence and as a place of business. It was built in 1688 for Moses Dring and his wife Susannah. Look for the initials M. & S.D. on a plaque on the building exterior.

John Walker's father bought the house in 1729. When he died in 1743 he left it to his sons John and Henry, and their mother stayed on in the house. When Henry died, John owned the house outright. He died in 1785, and the Walker family finally sold the house in 1816.

The ground floor of the house has been restored to the way it looked in the middle of the 18th century, using an inventory that John Walker drew up after his mother's death in 1751. 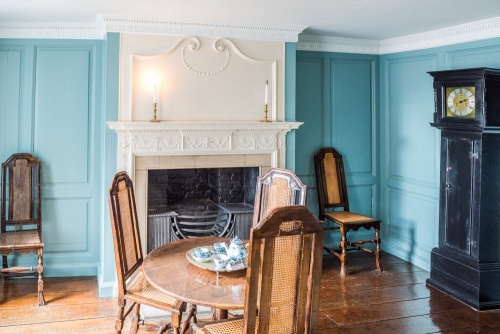 Rooms on the ground floor include the Old Kitchen, furnished with equipment listed in Walker's inventory right down to candlesticks and a nutmeg grater. Then there is the Green Room, used as a formal dining room. The centrepiece is an 18th-century gate-leg table. The leather chairs are a century older and predate the house itself.

Then there is the Blue Room, furnished with an escritoire - a writing desk where Walker kept his papers. Notice that there are no paintings on the walls; the Walkers, being Quakers, kept things simple.

On the first floor you will find the Whitby Room, with an exhibition of Cook's life in Whitby, including a model of a Whitby colliery bark. See the Muster Roll of the Freelove, taken in 1747. James Cook's name is third from the bottom. 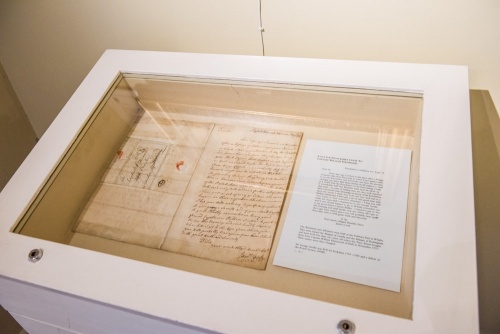 Also on the first floor is the London Room, covering Cook's career in the Royal Navy and his marriage to Elizabeth Batts. See charts made by Cook during voyages to map the coastline of Newfoundland. There are portraits of James and Elizabeth Cook, and a letter sent by Elizabeth to the First Lord of the Admiralty asking for a state pension after her husband's death.

The Voyages Room covers Captain Cooks three famous Voyages of Discovery. The centrepiece is a cutaway model of the HMS Resolution. On display are maps of Cook's three voyages and copies of letters sent by Cook to his old master John Walker after the first two voyages.

On the wall are original paintings by William Hedges, the official artist for the Second Voyage, and by John Webber, who filled the same role on the Third Voyage. A special exhibit covers Cook's death, with a 'minute' from King George II expressing his regret for the tragedy.

On the second floor are more works by artists who sailed on Cook's voyages, with artefacts brought back from the Pacific islands. There is also an original portrait of Admiral William Bligh of HMS Bounty fame (or infamy) and his wife Elizabeth. William Bligh served under Cook as Master of the HMS Resolution on the Third Voyage.

There is also a room set aside to explore Cook's scientific contributions, including his efforts to improve the health of sailors under his command during long sea voyages. On display is a desk from the HMS Resolution used by the naturalists Georg Forster and Johann Reinhold on the Second Voyage. 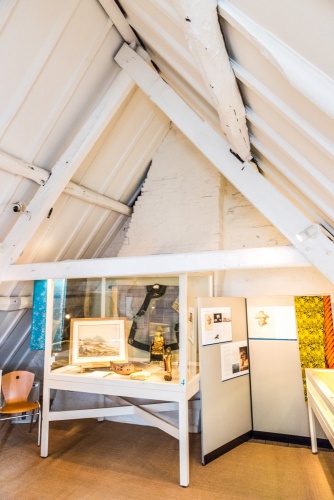 At the very top of the house, tucked under the eaves, is the attic where James Cook and his fellow apprentices lived when they were not at sea. James was a keen student and often studied long into the night with extra pieces of candle given by the housekeeper Mary Prowd.

A final exhibition on the ground floor looks at Cook's efforts to improve his sailor's health, notably by ensuring they had fresh food whenever possible. Here you will see a model of the HMS Endeavour's stove and a display on how Cook's Third Voyage was completed after his death.

The Captain Cook Memorial Museum is a combination historic house and fascinating museum covering one of England's great naval heroes. It brings alive Cook's remarkable life and his tragic death. The location near the harbour is delightful. Highly recommended. 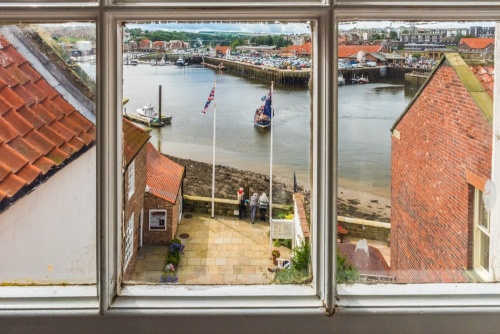 Cook's attic view over the harbour

Captain Cook Memorial Museum is well signposted for pedestrians. There is no nearby parking - but that is true of the historic core of Whitby as a whole. There are several pay and display parking areas within easy walking distance of the harbour. 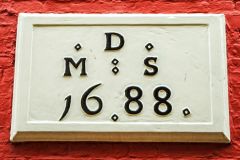 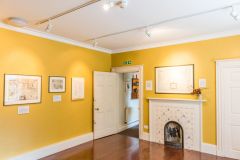 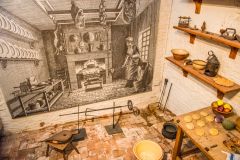 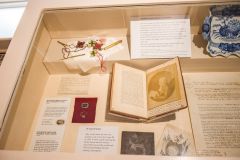 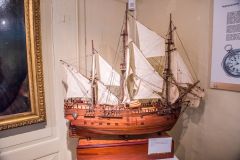 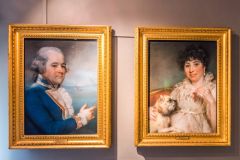 Self Catering near Whitby