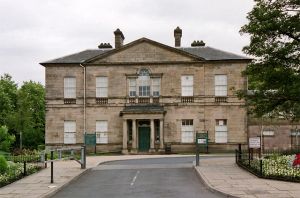 Rotherham is a large town on the Don River, northeast of Sheffield, with a heritage of coal and iron mining. The large minster church is a fine example of Perpendicular architecture, built upon the site of a Saxon church.

All Saints church, better known as Rotherham Minster, has its roots in a Saxon church sometime in the 10th century. What we see today is largely 14th century, with a 19th-century restoration by George Gilbert Scott. The chancel chapel was added in 1480 by Thomas Rotherham, a local man who rose to become Bishop of Lincoln and Archbishop of York.

Look for the medieval stalls in the chancel, with their original poppy head carvings, and a memorial to the 50 children who lost their lives in the Masbrough Boat Accident in 1841, when a ship keeled over while being launched from Chambers' boatyard on the River Don.

Chapel on the Bridge

One of just 4 surviving medieval chapels in Britain built onto a bridge, the Chapel was built in 1483, possibly under the patronage of Thomas Rotherham, Archbishop of York. The Chapel was used by travellers, either giving thanks for safe arrival at Rotherham, or praying for a safe journey.

It was closed during the Reformation and given to the Feoffees, Rotherham's first town council. The Chapel was converted into an almshouse, then became a prison in 1779. From 1826 it was rented out as a dwelling, then restored and used as a chapel once more, from 1924.

In 1773 the Earl of Effingham built a hunting lodge at Rotherham that was also a political statement. The Earl objected to the harsh treatment meted out to the American colonies, so he named his new lodge Boston Castle, after Boston, Massachusetts, where the famous 'Boston Tea Party' had taken place earlier the same year.

So staunch was the Earl in objecting to British policy in the Americas that he banned tea drinking in his castle. The castle stands in an elevated position looking over the rivers Don and Rother. Unfortunately, only the exterior can be viewed.

In 1782 a wealthy industrialist named Joshua Walker asked the fashionable York architect John Carr to design an elegant new house at Rotherham. A typically understated Carr building in Italianate style, Clifton House has been owned by the local authority since 1891 and is now a museum tracing the heritage of the Rotherham area.

Among the prize exhibits is the Rhinoceros Vase, the first porcelain vase to be cast in one piece. The House grounds have been transformed into a popular park, with amusement rides, mini golf, and a land train to navigate the park.

Just south of Rotherham is the Catcliffe Glass Cone, the oldest glass cone in Europe. The Cone was part of a glassworks founded by William Fenney in 1740. The Cone has a fascinating history; it served as a prison in WWI, and as a canteen during the General Strike of 1926. 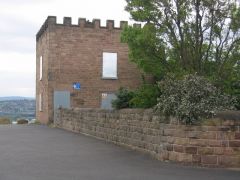 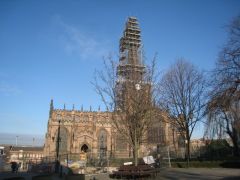 More self catering near Rotherham >>

More bed and breakfasts near Rotherham >>