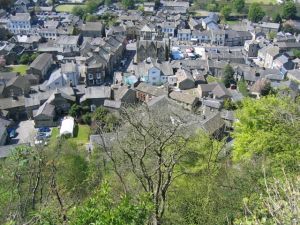 Settle is a market town in the Craven District of Yorkshire, on the edge of the Yorkshire Dales. Settle lies at the southern end of the heritage steam railway that runs northwest to Carlisle. It is also a popular gateway by walkers keen to climb the Three Peaks of the Dales. Settle is set in a natural landscape replete with caves, potholes, and limestone cliffs.

The railway probably draws more visitors to Settle than the opportunity for fell walking does. The main attraction is the passage over the famous Ribblehead Viaduct, with 24 arches spanning the valley. The route from Settle to Carlisle is one of the most scenic train journeys in England.

One of the more unusual reminders of Settle's long railway heritage is the former Water Tank, a Grade II listed building built in 1876 to help refill trains with water. The Water Tank has been refitted as a private dwelling, a process that was the subject of a recent TV show.

The Folly is a picturesque house built in 1679 by Richard Preston, a wealthy lawyer. Preston owned large amounts of property in the area, and the house on the old main road into town was situated for maximum impact, a statement of his social status and wealth. The Folly has been restored and now houses the Museum of North Craven Life, with exhibits on local heritage.

Another historic building, though not quite so old as The Folly, is the Victorian Music Hall, a focal point for community arts and events including an indoor market.

Just outside Settle is the Giggleswick School Chapel, a striking building easily visible due to its eye-catching copper dome. The Chapel was built to mark the Diamond Jubilee of Queen Victoria in 1897, though it did not open until 4 years later.

Settle church was begun in 1886. Though not of great age, many people come to the church to view a plaque to those who died building the railway line. There is also a gravestone with a Welsh inscription to commemorate a Welsh navvy who died during the construction of the line. 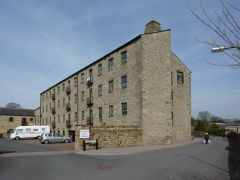 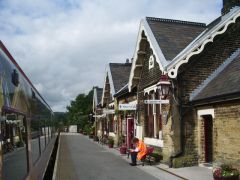 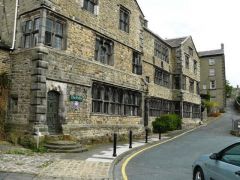 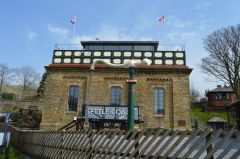 More self catering near Settle >>

More bed and breakfasts near Settle >>