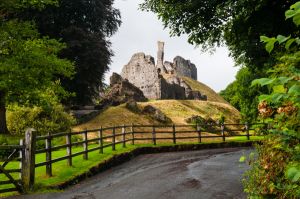 A historic market town on the northern fringe of Dartmoor. Rising above the town centre is Okehampton Castle, an 11th-century fortress that is reputed to be haunted. Also in Okehampton is the evocative Museum of Dartmoor Life, housed in a Victorian mill. Three miles distant is Finch Foundry, a Victorian forge powered by water.

The area was first settled in the Bronze Age, but the town really began to take shape in the Saxon period, certainly by the 7th century AD. The name Okehampton had evolved by the 10th century and means a place where slaves were freed at a crossroads. The main Saxon settlement grew up around the parish church, away from what is now the town centre.

The coming of the Normans changed everything; the new Norman overlord was Baldwin de Brion, and he established a motte and bailey castle overlooking the town to serve as an administration centre for his estates.

The castle eventually passed by marriage to the Courtenay family, who rebuilt it as a comfortable family home. The Courtenays fell afoul of Henry VIII, however, and the king had the 9th Earl executed and took the castle for himself.

The turmoil of Henry VIII's reign came to a head in the Prayer Book Rebellion of 1549, which ended in a fierce battle just a few miles away at Sampford Courtenay.

Okehampton flourished in the Middle Ages as a centre for tin mining and the wool trade. The prosperity of medieval Okehampton is traced at the Museum of Dartmoor Life, where you can see how local people lived and worked over the centuries.

Places to see around Okehampton include the historic town hall, begun as a private residence in 1685. Opposite the town hall is the White Hart Inn, a 17th-century coaching inn that has held a license since 1623. Another historic building is the Town Mill, a mid-19th-century corn mill on a site where milling took place for centuries. The mill is now a private house but retains its water wheel.

On Fore Street is St James Chapel, with a medieval tower rising above a Victorian building. The parish church is All Saints, begun by the Saxons, and rebuilt in stone by the Normans. The present church stood here at least as early as 1261 and was rebuilt in 1447. The church was gutted by fire in 1842, and only the medieval tower survived relatively intact.

The medieval stone reredos is set into the west wall of the south aisle. The church is blessed with excellent Victorian stained glass, including windows by William Morris and CE Kempe, both famous for producing some of the finest 19th-century glass in Britain. 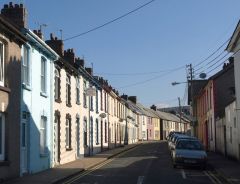 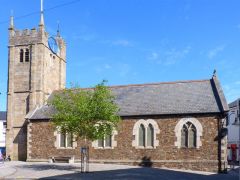 More self catering near Okehampton >>

More bed and breakfasts near Okehampton >> 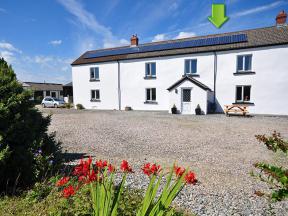 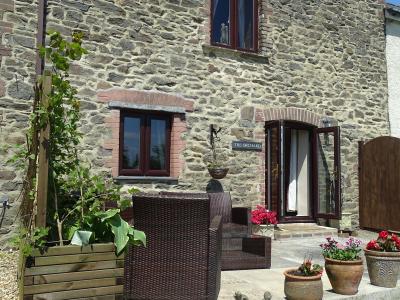 This traditional upside down cottage is next door to the owner's farmhouse on a non-working farm in a rural location near Okehampton and sleeps four people in two bedrooms.
Sleeps 4