HERITAGE HIGHLIGHTS:   St Dunstan's church, the 'Cathedral of the weald' 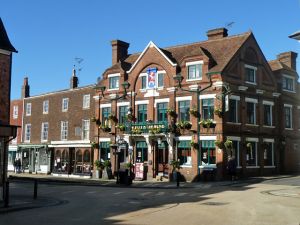 Cranbrook is a small market town in Kent, home to the largest working windmill in England. The town's name comes from Old English for a marsh inhabited by cranes. It stands on the edge of the High Weald AONB (Area of Outstanding Natural Beauty).

The area around Cranbrook was owned by the monks of Canterbury as early as the 11th century, though curiously no record of a settlement appears in the Domesday Book of 1086. The monks probably built a timber church here, perhaps around AD 1030.

Cranbrook was a centre of the Wealden weaving trade during the medieval period, though its prosperity owes much to a charter to hold a weekly market granted in 1290 by Archbishop Peckham of Canterbury. An even bigger boost came in 1331 when an Act of Parliament invited Flemish weavers to settle in England. Many of the Flemish chose the area around Cranbrook, making the town a centre for weaving and cloth-making.

The cloth industry led to a large number of watermills along the River Beult and its tributaries. There have also been windmills on nearby hills for centuries. Of these only one remains; the Union Wind Mill, built in 1814. The mill was operated by the Russell family for 128 years, then sold to the Kent County Council. The Council have restored the mill and kept it in full working order.

Many of the buildings along High Street and Stone Street are 'listed' for their historic interest. One historic building to look for is the Old Fire Station, now used as the local tourist information centre.

The church of St Dunstan is known as the Cathedral of the Weald. It boasts a wooden carving of Father Time, set into the 15th-century tower. A chamber in the south porch was used as a prison during the reign of Mary I. Look for the Roberts memorial in the south aisle, an extraordinary monument in the form of a family tree, dated to 1775.

Three miles away is Sissinghurst Castle and Gardens, one of the great gardens of England built about the ruins of a medieval castle. 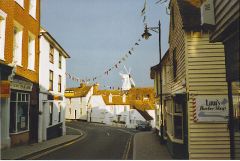 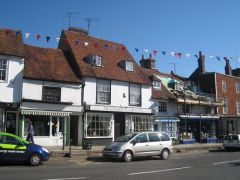 More self catering near Cranbrook >>

More bed and breakfasts near Cranbrook >>