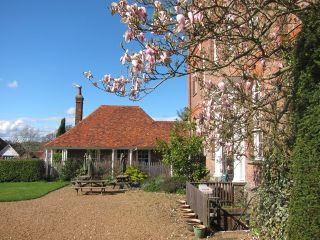 Finchcocks
Finchcocks bills itself as the 'Living Museum of Music'. The Richard Burnett Collection of historic keyboard instruments is set in the lovely surroundings of a beautiful Georgian manor house in the Kent countryside. There are over 70 keyboards on display, with the majority dating from the late 18th and early 19th century. Among the collection is a piano owned by Prince Albert.

Finchcocks was built in 1725 by Edward Bathurst, a wealthy lawyer. His vision was to create a mansion 'of great expense and in a stately manner'. With a budget of £30,000, he was able to realise his vision, but we aren't sure which architect helped him do it.

The design has been variously attributed to Thomas Archer and John Vanbrugh, but it seems just as likely it was the work of an unknown local builder using one of a number of popular 'pattern books'. These pattern books were essentially architectural drawings in fashionable style, much like a home design magazine we might see today, but illustrated in fine detail, with elegantly drawn views of architectural details.

The design was long and thin, only one room thick in the central block, so that the house looks larger from the outside than it really is. The effect is enhanced by a grandiose central portico and Baroque facade. Despite the external grandeur, the original house boasts but 20 rooms, fairly small in the country house scheme of things. 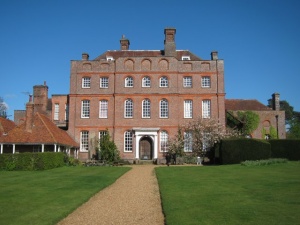 Interior furnishings are pure 18th century as if the house has been lost in time for almost 300 years. Indeed, Finchcocks was very slow to acquire the most essential modern inventions; indoor plumbing and heating were only added in 1920.

But it is not the Georgian furnishings that will draw visitors, it is the collection of historic musical instruments for which Finchcocks is famous. There are over 100 keyboard instruments, 40 of them are in full working order.

Included are pianos, harpsichords, clavichords, organs, and oddities such as an 1870 'digitorium', a crystallophone, barrel organ, and music boxes. One of the more unusual pieces is a lyre piano, which is exactly what it sounds like - a combination lyre and keyboard. Staff are on hand to give demonstrations.

Aside from the keyboards, Finchcocks has an exhaustive collection of prints depicting London pleasure gardens during the 18th century.

Aside from regular open days, there is an ongoing programme of daytime and evening concerts throughout the year.

Sadly, Finchcocks has been sold to private owners and is no longer regularly open to the public. The new owners have thankfully decided to continue the musical traditional at Finchcocks and there are a range of piano courses available. There are also regular concerts, and the musical instrument collection is available for study by appointment. Please check the official website (below) for details of upcoming concerts and arrangements for viewing the historical musical instruments. 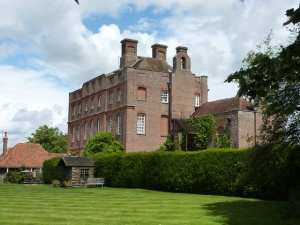 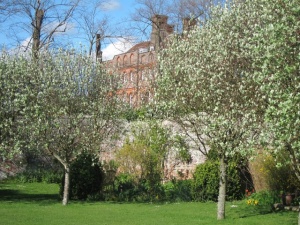 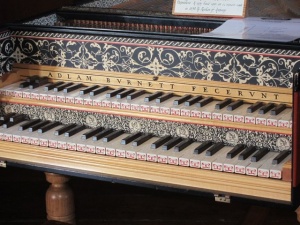 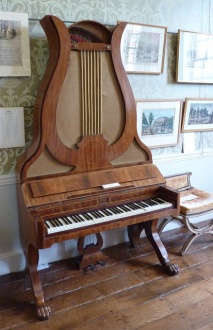 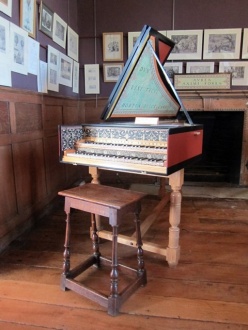 Images are copyright their respective photographers, republished with gratitude under a Creative Commons license.

More self catering near Finchcocks >>

More bed and breakfasts near Finchcocks >>