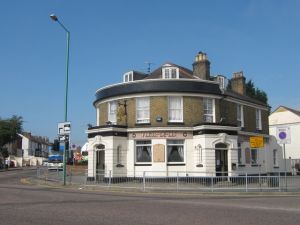 A busy town with a history that dates back to at least the 10th century. In the 11th century, Gillingham was the site of an archbishop's palace, built by Odo, Bishop of Bayeux and half-brother of William the Conqueror, and for centuries it has been strongly linked to the naval dockyards at nearby Chatham and to navigation on the River Medway.

Gillingham is close to the historic royal dockyards at Chatham, with the result that a ring of 19th-century defensive forts run along the coast all about, from Fort Amherst to Fort Darland at Gillingham. The workforce needed to build the forts swelled the population of Gillingham, and the town has never looked back.

The roots of Gillingham's history go back much further than the naval defences, however! The first settlement probably grew up along the Medway in the 7th century AD, around what is now Gillingham Green.

One of the early buildings around the green was a timber church, of unknown dedication. Sometime around 1070 Archbishop Lanfranc of Canterbury built a new stone church dedicated to St Mary Magdalene. Not surprisingly, Gillingham's parish church is known as 'the Church on the Green'.

In the late 12th century the Archbishops of Canterbury built a palace near the church, with a dormitory to the west and a refectory to the south. The palace precinct covered 20 acres, including the church itself which served as the palace chapel. The palace was suppressed by Henry VIII at the Dissolution of the Monasteries but the church lived on as the parish church for Gillingham.

One historical curiosity is worth mentioning. For centuries the tower of St Mary's was the best navigational aid available for mariners sailing on the Medway. So the church was required by law to fly a White Ensign during the day and keep a beacon fire burning during the night. It was only during WWII that St Mary's was relieved of the obligation to keep the navigational aids in operation day and night.

The town grew during the medieval period, and its prosperity was assured when it gained the right to hold a regular market and an annual fair. The town's growth was closely linked with the Medway and the growth of the royal dockyards there.

On a steep ridge between Gillingham and Chatham is a former Field of Fire that formed part of the landward defences protecting Chatham Royal Dockyards. The defences were dubbed the Chatham Lines, and have been preserved as a heritage park. Within the park boundary is an 18th-century military fortress, the firing lines, officers' quarters, and an 18th-century pleasure ground.

One of the iconic sites of Gillingham is the laundry tower of the Medway Maritime Hospital. The Grade II listed tower served a naval hospital opened in 1905. The hospital passed from the military to the NHS in 1961. The tower, with its distinctive octagonal vent on a pyramidal roof, is easily seen from a great distance around Gillingham.

Upnor Castle is two miles distant across the river, and Rochester Cathedral is also close by. 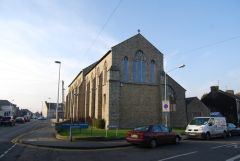 More self catering near Gillingham >>

More bed and breakfasts near Gillingham >> 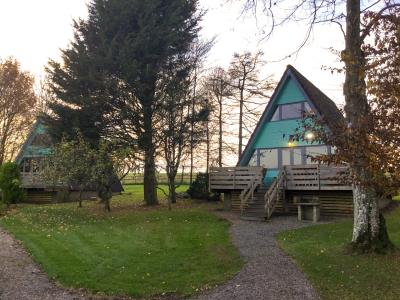 This charming lodge is situated in the village of Milton on Stour near Gillingham and can sleep six people in three bedrooms.
Sleeps 6 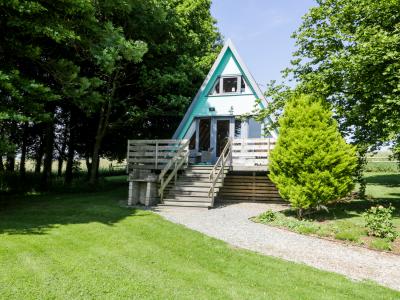