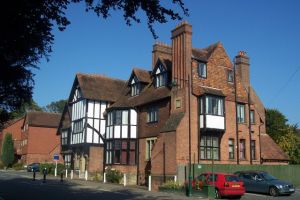 Lamberhurst is a lovely village of half-timbered and red brick buildings. Just a few miles away are the remains of medieval Bayham Abbey, while even closer is Scotney Castle, with beautiful gardens around the ruins of a medieval moated castle.

Lamberhurst was a centre of the iron industry at least as early as Roman times. When the Wealden iron industry became less important the village became a centre for hop production.

Large parts of the village are included in a conservation area, and as a result quite a few 17th and 18th-century buildings remain, giving it an air of timelessness. The most important local building is Court Lodge, the ancient manor house, which has been owned by the Morland family since 1730. The first manor on the spot stood at the time of the Domesday Book, but the current Court Lodge was probably built in 1630 by John Porter.

There are several good pubs, including The Chequers, which has a fascinating history going back to 1137. It has been a pub since 1414, which must make it amongst the oldest pubs in England still in operation. Jane Austen was said to be a frequent visitor to the Chequers guest house.

The parish church of St Mary contains a private chapel with memorials to the Hussey family of Scotney Castle. Most of this attractive building dates to the 14th and 15th centuries, though there is evidence that a church stood here in Saxon times. The nave roof is 15th century, and the steps leading up to the altar are made with 14th-century tiles found at Scotney Castle. 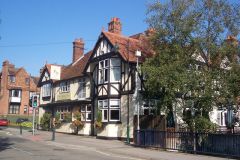 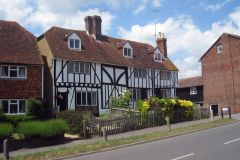 More self catering near Lamberhurst >>

More bed and breakfasts near Lamberhurst >>