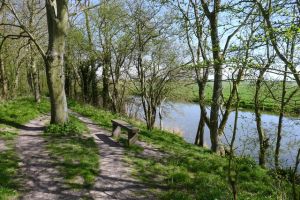 The Royal Military Canal at Lympne

With a history stretching back to Roman times, Lympne has a lot to offer visitors. The Romans built a port at the base of the cliffs here, and also built a road, known as Stone Street, running along the cliffs to Canterbury. At the foot of the cliffs is the fortress known as Studfall, or Stutfall, Castle, built by the Romans to guard to port.

Remains of the Roman fort can still be seen. The ruins are on private land but you can get a good glimpse of the site from the public footpath that runs above the fort.

Stutfall should not be confused with Lympne Castle, a 15th-century moated manor built on the site of a Roman tower. Lympne Castle was once owned by the Archdeacon of Canterbury and one resident was St Thomas Becket.

The oldest part of the current building dates to the 13th century. Over the centuries the castle has gained a reputation for being haunted and regularly attracts ghost hunters from around the world. The castle serves primarily as a wedding and event venue and is not normally open to the public.

The medieval parish church is a lovely Norman building with a squat tower and flying buttresses supporting the walls. The oldest part of the church is the 11th-century tower, with a 12th-century nave and a 13th century north chapel. There is a worn late 12th-century font, on a modern base. In the chancel is a 17th-century chest tomb, and in the north aisle is a 14th-century tomb recess.

Both the mansion and the surrounding gardens were designed by Sir Herbert Baker for Sir Philip Sassoon. In 1976 it was purchased for Howletts due to overcrowding at the existing zoo. Port Lympne houses rare and endangered species and has the largest herd of black rhinoceros outside Africa. 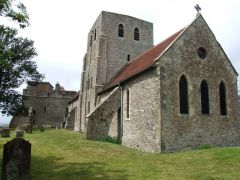 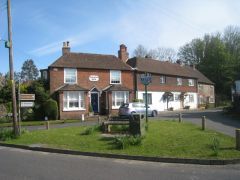 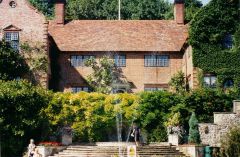 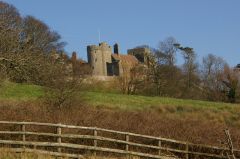 More self catering near Lympne >>

More bed and breakfasts near Lympne >>