HERITAGE HIGHLIGHTS:   Penshurst Place, one of the best Elizabethan manors in England 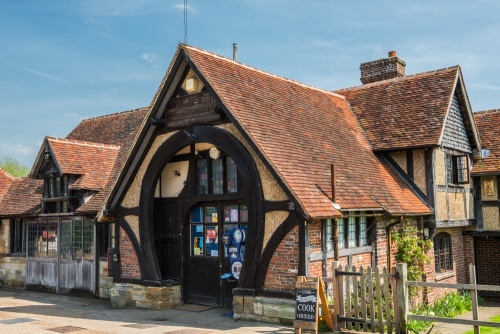 A beautiful, historic village astride the River Medway, Penshurst is famous for sumptuous Penshurst Place, an Elizabethan manor set in superb gardens. The village lies on the northern edge of the Kentish Weald, roughly 6 miles south of Sevenoaks, and is mostly contained within the High Weald AONB (Area of Outstanding Natural Beauty).

The village owes its existence to Penshurst Place, the ancestral seat of the powerful Sidney family. The Sidneys built the mansion in 1341 and still own it today - albeit in name only. The Sidney line died out in the 18th century and the estate passed by marriage to Sir John Shelley, who took the Sidney name.

The house is without question one of the finest fortified manors in England and is full of fine art and furniture. The mansion and extensive gardens are regularly open to visitors.

The Sidneys owned the Leicester Arms, now a popular hotel. The hotel is named for Viscount De L'Isle, created the Earl of Leicester in 1618. 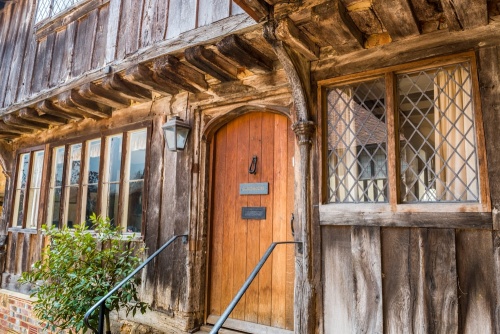 This lovely Grade I listed building has a history stretching back to 1115, and there may have been a much earlier Saxon building on the site. The first priest was installed in 1170 by Archbishop Thomas Becket, his last official act before his murder in Canterbury Cathedral. The medieval church was heavily restored by George Gilbert Scott in 1864 and as a result, much of the interior has a Victorian feel.

The most interesting historic feature is the Sidney Chapel, which holds memorials to the Sidneys of Penshurst Place. The oldest memorial is a broken effigy to Stephen de Pencester (d. 1299). Far more ornate is the tomb of Sir William Sidney (d. 1554), grandfather of the Elizabethan poet Sir Philip Sidney. A cross commemorates Thomas Bullayen (Bullen), brother of Queen Anne Boleyn. As you can tell, spelling in Tudor times was erratic and inconsistent. 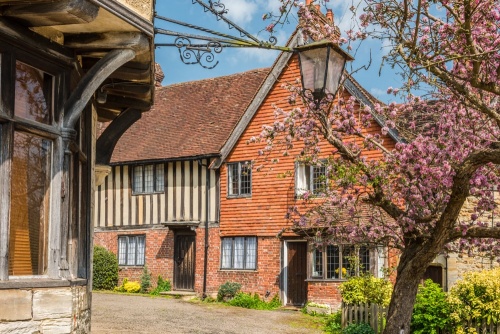 In the churchyard, near the south porch, is a medieval dole table, looking like a table tomb. This is one of just a handful of dole tables to survive in English churchyards. During the Middle Ages the dole - a small portion of money, clothing, or food - was left on the dole table for the poor of the parish on special occasions, such as St Thomas Day, 21 December.

The village itself is filled with pretty timber-framed buildings, but perhaps the most picturesque building is the post office, with an entrance shaped like a huge horseshoe.

Most people come to see Penshurst Place and don't stop to see the village itself, which is a real shame, because Penshurst is a lovely, peaceful place, with everything that makes a traditional English village so special. Chiddingstone Castle is close by, as are Hever Castle and the stately home and garden of Groombridge Place. 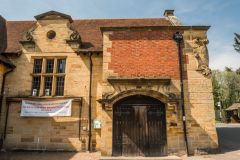 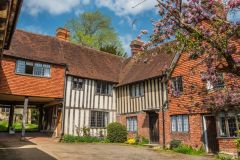 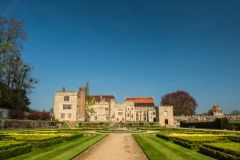 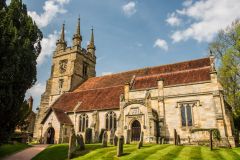 More self catering near Penshurst >>

More bed and breakfasts near Penshurst >>