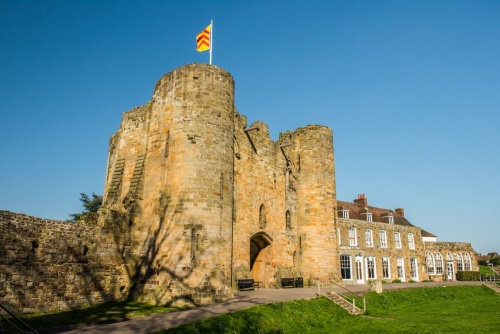 A magnificent medieval gatehouse fronts the remains of Tonbridge Castle, begun by Richard Fitzgilbert, a relative of William the Conqueror. Fitzgilbert's simple fortification was replaced by a massive stone structure which was added to and remodelled over the centuries.

After the Norman victory at the Battle of Hastings in 1066, William the Conqueror gave lands to his most powerful supporters at key points around his new kingdom. One of these key points was the crossing of the River Medway at Tonbridge.

William entrusted the Tonbridge crossing to a kinsman named Richard Fitzgilbert. Fitzgilbert held estates throughout the south east of England, including one at Clare, Suffolk, and his family eventually became known as the de Clares.

Fitzgilbert erected a traditional motte and bailey castle, with a timber fortress atop an earthwork mound, surrounded by an outer enclosing bank and ditch topped by a palisade. 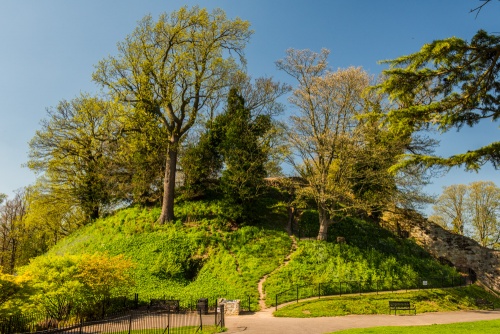 In 1088 the de Clare family joined a rebellion against William II. The king's army besieged Tonbridge Castle and the rebel garrison was forced to surrender. The town was burned by the royal army, yet de Clare was allowed to retain ownership of the castle.

Given the enmity between the de Clares and the king, it may be no coincidence that the arrow that accidentally killed the king in 1100 was shot by Walter Tyrell, a son-in-law of Gilbert de Clare.

A Confusion of Claims

In the middle of the 12th century, a dispute over the castle broke out between the de Clares and the Archbishop of Canterbury, who claimed that the de Clares held Tonbridge from them, not from the crown. In 1163 the Archbishop sent a messenger with a document outlining his claims, and Roger de Clare forced the messenger to eat the entire document, including the parchment and seals.

The de Clare's supported the Baron's Revolt against King John, leading to the Magna Carta in 1215. King John retaliated by besieging Tonbridge Castle and the defenders were forced to surrender. However, John died shortly thereafter and Tonbridge was restored to the de Clares by Henry III.

When Gilbert died in 1230 the wardship of his young son Richard was given to Hugh de Burgh, who was given the castle in trust. The Archbishop of Canterbury also claimed the wardship and excommunicated de Burgh after Sir Hugh secretly married Richard de Clare to his daughter. 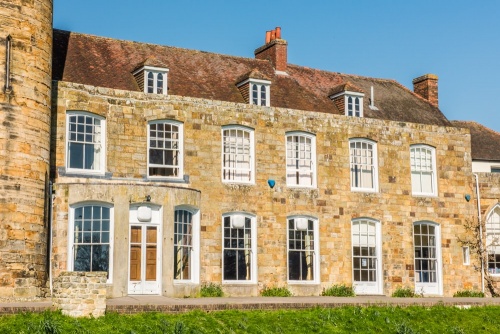 Affairs took an even more confusing turn when Henry III supported de Burgh, yet annulled the marriage and took Richard as his own ward. The Archbishop appealed to the Pope, who, not surprisingly, supported his claim, but the Archbishop died on his way back from Rome.

Around 1253 Henry III granted Earl Richard the right to build town walls and crenellate Tonbridge, and the castle as we see it today began to take shape. Richard's son, another Gilbert de Clare, supported Simon de Montfort's rebellion against the king, and in 1264 Henry besieged and captured the castle.

De Clare was reconciled to the king, and in 1270 he welcomed Edward I and Eleanor of Aquitaine to England and entertained the new monarchs at Tonbridge Castle.

The castle passed through marriage to the Stafford family but eventually became Crown property and was granted to a succession of royal favourites. At the time of the Civil War, it was owned by Thomas Weller, a Parliamentary supporter.

The castle was slighted (made unusable) during the Civil War, and during the 18th century stone from the castle was used to build bridges and locks along the River Medway. By 1780 the ruinous castle site was described as 'an ancient castle and vineyard'. 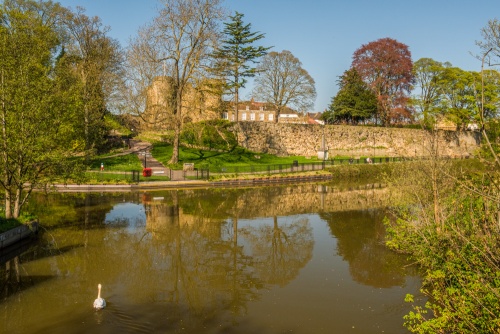 Tonbridge Castle from across the River Medway

Around 1791 Thomas Hooker built a mansion onto the gatehouse, the best surviving feature of the castle. Part of Hooker's mansion now houses council offices.

Despite the fact that much of the medieval fortress has been lost, there is still quite a lot for visitors to see. The most obvious and impressive feature is the imposing gatehouse, an almost perfect example of a keep-gatehouse, meant to be defensible on its own if the rest of the castle fell to attackers. For that reason, even the passages leading to the wall walk are defended by portcullises.

The second floor of the gatehouse holds the hall, while the chamber directly over the entrance arch held winding mechanisms for the drawbridge and portcullis. Sections of the 13th-century defensive bank and ditch can also be seen near the Cattle Market and near East Street.

The castle interior and the original Norman motte form part of a public park beside the River Medway and are usually open to visitors without charge during daylight hours. You can explore the gatehouse for a small fee, payable at the council offices that now occupy the 18th-century mansion beside the gatehouse. The ground floor chamber holds a small exhibition on the castle and its history. 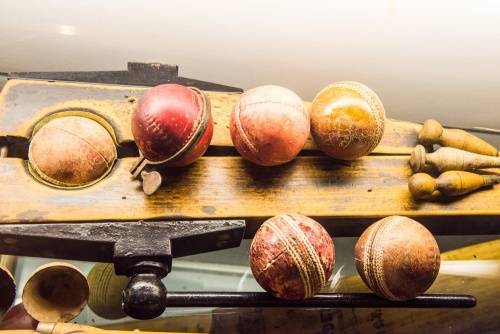 From there you can descend a set of stairs to the cellars, originally used for storage. Here you can explore a fascinating exhibit on the history of Tonbridge. Part of that history involved making cricket balls, and you can see how the traditional cricket ball was made, and examples of balls from different time periods.

Other displays look at 18th-century Tunbridge Ware, a highly decorated form of wooden furniture and boxes made in Tunbridge Wells and Tonbridge with intricate patterns of inlaid wood in different colours.

From the local history exhibit in the basement, you climb to the second floor, to see the great chamber, or hall, the focal point of life in the castle. Look for the huge medieval chimney, flanked by decorated columns, high on the wall. From the hall, you climb to the roof, for wonderful views over the castle below, including the Norman motte.

As for the motte, it is well worth climbing the steep, conical mound, where you will find remnants of the medieval keep's foundation walls.

Tonbridge Castle is extremely impressive; though little remains of the keep, the Norman motte and the castle's perimeter walls are striking, but by far the most impressive castle feature is the gatehouse, which is really a miniature fortress in its own right.

There is no public parking at the castle, but there are several paid parking areas a short walk away, and the castle is very well signposted from major roads entering the town. 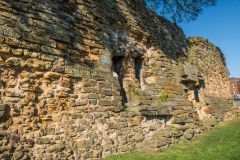 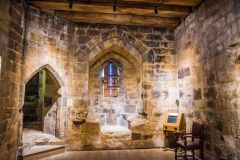 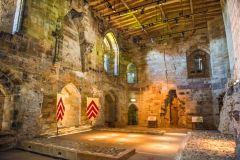 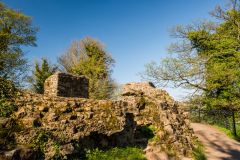 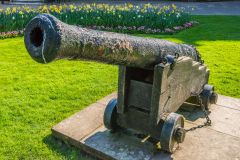 More self catering near Tonbridge Castle >>