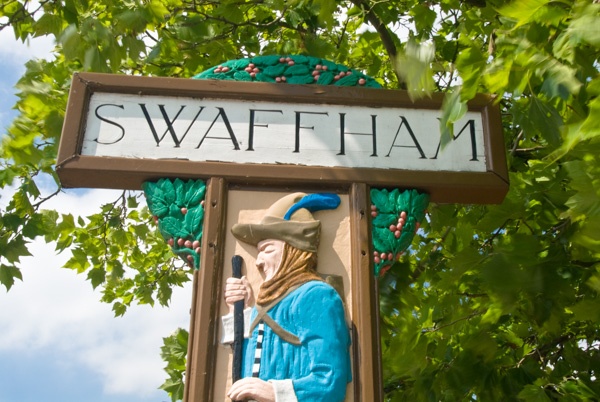 Swaffham is an attractive market town in the Breckland region of western Norfolk. There has been a settlement here since before the Romans, but Swaffham really grew in importance during the Middle Ages, as a centre of the wool trade. A striking 18th-century market cross stands in the market place, surmounted by an attractive cupola.

This is just one of numerous attractive Georgian buildings in Swaffham, an indication of its popularity as a fashionable Georgian town.

One famous resident of Swaffham was Howard Carter, the Egyptologist who discovered the tomb of Tutankhamen. Carter's story is told in the entertaining museum found on the square. The striking church of St Peter and St Paul stands just off the market square. It has a superb double hammer beam roof with carved angel decorations.

The Pedlar of Swaffham
Legend tells that a pedlar from Swaffham named John Chapman had a dream that he should seek his fortune in London. He travelled to the city, but found no fortune, until at last he met a stranger, who told him that he, too, had had a dream of finding fortune. In the stranger's dream, great wealth could be found in a far off place, buried under a tree.

The pedlar realized from the stranger's description that he was describing Swaffham. In great excitement, the pedlar returned to Norfolk and found treasure buried under a tree. The pedlar used part of his new wealth to build the parish church. The Pedlar of Swaffham is remembered in the town sign.

More self catering near Swaffham >>

More bed and breakfasts near Swaffham >>

A lovely annexe attached the owner's property, in a peaceful location, just a short walk from the centre of bustling Swaffham, sleeping two people in one bedroom.
Sleeps 2 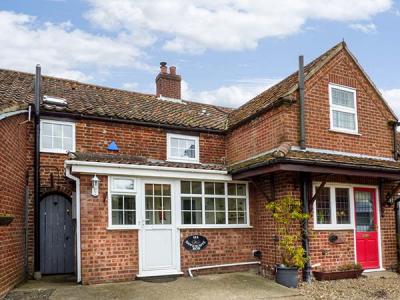 This lovely mid-terrace cottage is on the outskirts of Swaffham in Norfolk and can sleep four people in two bedrooms.
Sleeps 4