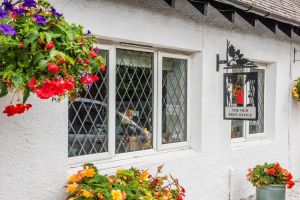 Not to be confused with the village of Wark-on-Tyne to the south, Wark is a small village on the south bank of the River Tweed near Cornhill. Wark's position on the traditional border between Scotland and England means that it has seen its fair share of tumult and conflict over the centuries. The most obvious remnant of this is Wark Castle, a 12th-century fortification atop a mound.

Wark and the Order of the Garter

Wark Castle was severely damaged by King John in 1215, was rebuilt, then damaged again in subsequent conflict. Legend says that the Order of the Garter was established at Wark during a stay by Edward III in 1348. The story goes that the king gave a ball to celebrate his defeat of the Scots in battle.

During the ball the Countess of Salisbury dropped her garter, causing some courtiers to snigger. The king swiftly gathered up the garter and fixed it to his own leg, uttering the words that became the motto of the Order; 'honi soit qui mal y pense' (shame on he who thinks evil of it).

The castle stands on a natural mound called a kaim, formed by glacial deposit, looking down on the River Tweed. The castle motte is overgrown, with only remnants of stone walls standing. Most of the present village of Wark stands within the original castle bailey, or defensive enclosure. It is freely accessible and is located on the western edge of the village, directly off the B6350. There are no signs to the castle, but you can't miss the high motte.

The importance of Wark at a vital crossing of the Tweed led to it being granted a weekly market and an annual fair. Until the 19th century, most of the residents worked at fishing, but in the late Victorian era coal and lime mining grew in importance, and after the railway arrived agricultural labouring grew in importance.

The most famous native of Wark was poet Robert Story, born here in 1795. Story, known as 'The Craven Poet', was the son of a farm labourer and worked as a gardener and shepherd before embarking on a career as a teacher. He worked as a minor civil servant in London before his poetry drew the attention of the Duke of Northumberland, who acted as his patron and financed the publication of his works. 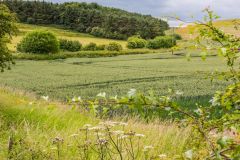 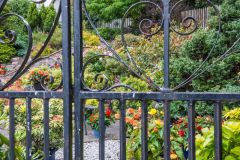 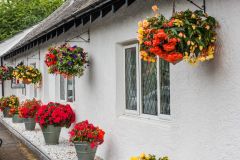 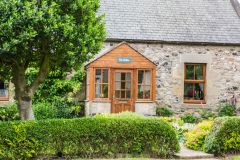 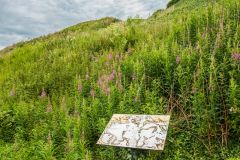 More self catering near Wark-on-Tweed >>

More bed and breakfasts near Wark-on-Tweed >>