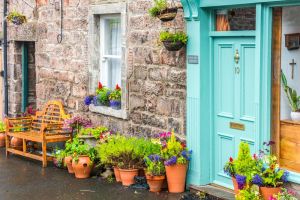 A pretty cottage in Wooler

Wooler is a market town in northern Northumberland, on the edge of the Cheviot Hills, making it popular as a centre for walking holidays. Just outside Wooler is the site of the Battle of Homildon Hill, a 1402 conflict between English under Sir Henry Percy, Earl of Northumberland, and Scots under the Earl of Douglas.

The town was not recorded in the Domesday Book of 1086, even though it certainly existed at the time. Norman control of Northumberland extended only to the south of the region, and Wooler was beyond their control. By the early 12th century the Normans had extended their area of control to encompass Wooler, and a Norman lord was created the 1st Baron Wooler in 1107.

The town was granted the right to hold a weekly market in 1199, and a hospital was founded here in 1288, suggesting that it was a very prosperous place at the time. The last record of the hospital, dedicated to St Mary Magdalene, came in a document of 1488, but we do not know where it stood.

The town's history has been shaped by several disastrous fires. The first major fire in 1693 caused 2950 pounds damage; a large sum for the times. A second fire struck the town in 1721, but the real damage was done in 1863 when a devastating fire swept through Wooler, destroying many of the historic buildings in the town centre. The result of the fire is that much of central Wooler has a Victorian character.

There are 3 Grade II listed churches in Wooler. The oldest - barely - is St Mary's, built in 1764 but on the site of an earlier church built around 1288. The main historical interest is the excellent Victorian stained glass windows in the nave. The United Reform Church on Union Street is only slightly younger, built in 1778, while the Catholic St Ninian's is a relative newcomer, built in 1856.

Perhaps the most famous inhabitant was Alexander Dalziel, born in 1781. Dalziel was the father of 8 sons, 7 of whom became popular artists in London, known for their engravings. The Brothers Dalziel firm created illustrations for books and magazines, and worked with popular authors and artists such as Charles Dickens, Lewis Carroll, and James McNeill Whistler. 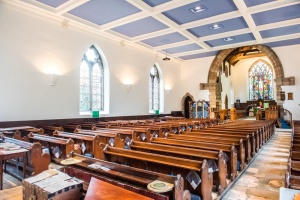 On the hill known as The Tory, looking down on Wooler Water are the ruinous walls of a 16th-century tower. The tower was first recorded in 1509, and probably formed part of a chain of defences to guard against Scottish raids. Only three large blocks of masonry survive, one section lies beside the striking war memorial that crowns the hilltop.

One of the most popular, and historic, gathering places in Wooler is the Tankerville Arms, built in the late 18th century as a coaching inn. The Tankerville Arms was also used as a courthouse before a proper courthouse was erected. Another historic pub is the Angel Inn, built in the 18th century, on the site of an even earlier inn. The Red Lion looks to be 19th century, but behind that 19th-century facade lies a mid-17th-century building.

Wooler lies on the long-distance footpath known as St Cuthbert's Way, linking the Holy Island of Lindisfarne and Melrose Abbey. Just outside the town is Yeavering Bell, an Iron Age hill fort and power base of the Votadini tribe.

North of Wooler is the Ford and Etal Estates, where you will find a medieval castle at Etal, and the popular Heatherslaw light railway running through the estate. 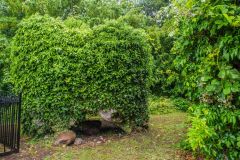 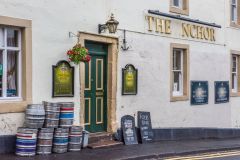 More self catering near Wooler >>

More bed and breakfasts near Wooler >> 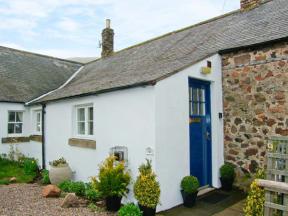 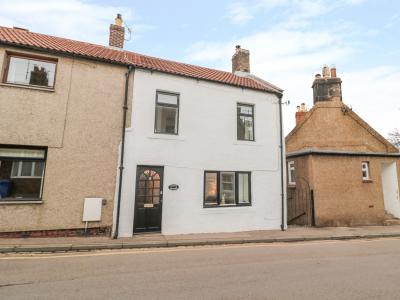 A mid-terrace property situated within the town of Wooler. It houses two bedrooms and can sleep up to four people. .
Sleeps 6 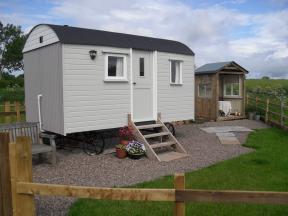