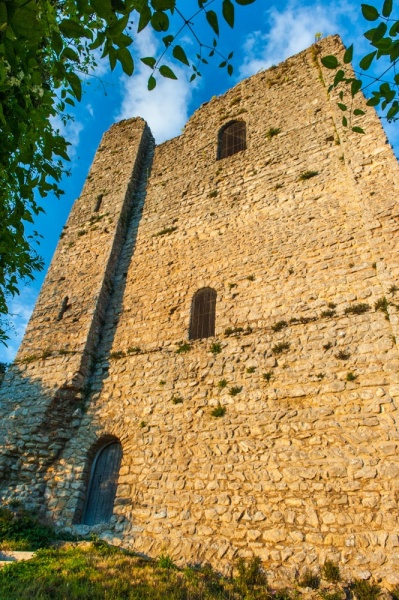 St Leonard's Tower is the very well preserved remains of a Norman tower keep. The keep was constructed around 1080, possibly by Gundulf, the Bishop of Rochester at that time. The tower takes its name from the fact that a church dedicated to St Leonard used to stand nearby.

The link to Bishop Gundulf is strengthened by the fact that Gundulf established an abbey, dedicated to St Mary, a few hundred yards to the northeast between 1077-1108.

Some historians suggest that the Tower was built by Bishop Odo of Bayeux, half-brother of William the Conqueror. Bishop Odo owned estates at West Malling. 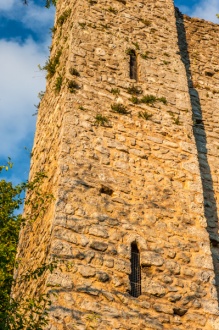 The tower stands to a height of 65-70 feet and is built of ragstone rubble. It is about 33 feet square, with walls 2 feet thick. A stretch of stone wall associated with the tower stands to a considerable height, and there are obvious earthworks to be seen.

A section of medieval wall projects from the north-east corner and runs down to the road. The wall shows evidence of traditional Norman herringbone stonework. The wall probably formed part of an enclosure protecting secondary buildings like a stable, a smithy, and workshops.

The original entrance door was on the east facade at first-floor level, reached only by a wooden stair. At some point, the east door was blocked and a new door inserted at ground level on the west facade. A turret stair projects from the south-west corner, and you can see arrow loops in the turret.

There is some confusion as to the purpose the tower was intended to serve; there is no obvious motte, unlike most Norman fortifications of that time, which might suggest a non-defensive purpose. It may have served as an administrative centre for the bishopric, a place to control the large church estates in the region.

This possibility is perhaps supported by the fact that there is a ground-level entrance to the tower. And yet, if it was intended as a residence, why are there no fireplaces or latrines?

It may have been a detached bell tower, although it would appear much too grand for such a purpose.

At some point, the windows were blocked and the roof removed. The Tower was then used as a place to store hops.

The tower is owned by English Heritage but managed by West Malling Parish Council. The exterior is accessible at any time, while the interior can only be viewed by appointment through English Heritage. At the edge of the Tower enclosure, on the road towards Mereworth, is an ancient holy well, protected by a stone arch. 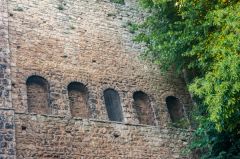 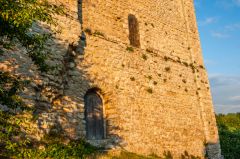 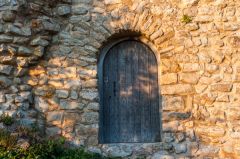 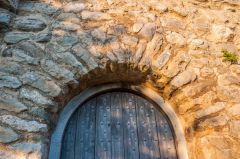 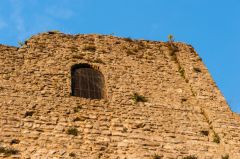