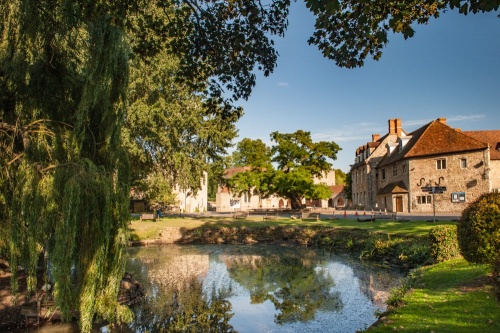 In 1242 Richard de Grey granted land along the River Medway close to his manor at Aylesford to a group of Carmelite friars from the Holy Land. In 1247 the Archbishop of Rochester officially recognised the Aylesford Carmelites, and the first church for the newly established order was dedicated the following year.

The early Carmelites had been hermits, but they now became mendicants, meaning they could not own property and relied on begging or charitable donations.

To say that the order flourished would be an understatement; over the next 50 years over 30 Carmelite friaries were established in England and Wales, including in large centres like Cambridge, Oxford, and London.

The order at Aylesford was well supported, and built a range of guesthouses for pilgrims and established a fine library. A fine new church was built to replace the older chapel, but though it was blessed in 1348 it was not actually consecrated until 1417.

Why the wait? Well, 1348 was the year the Black Death, or bubonic plague, came to England, and we can only assume that the Carmelites of Aylesford, like the rest of the country, were badly affected by the scourge. 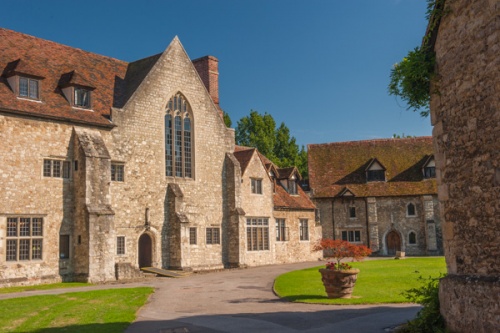 In the middle of the 13th century St Simon Stock, Prior General of the Carmelites, is said to have had a religious vision in which Our Lady appeared to him and promised that all who wore the Carmelite habit would have her protection.

Traditions differ on whether the vision occurred at Aylesford or Cambridge, but in any event, the wearing of the Carmelite scapular became popular, especially in the 16th century.

However, the golden age at Aylesford could not survive the winds of religious change, and the abbey was dissolved by Henry VIII in the Reformation.

The king granted the Priory buildings to Sir Thomas Wyatt, but the Wyatt family lost the estates under Queen Mary, and Aylesford was later granted to Sir John Sedley, who converted the monastic buildings into a luxurious mansion. In 1633 the Sedleys sold Aylesford to Sir Peter Rycaut, a Royalist supporter who used the buildings to store arms during the Civil War. 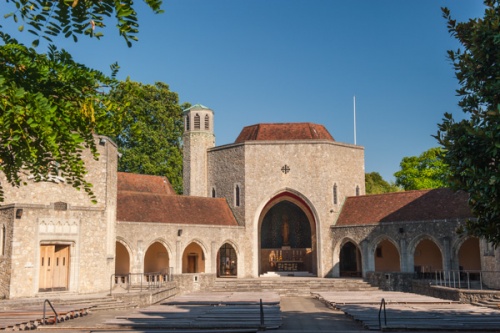 The piazza and Main Shrine

The Rycauts suffered for their Royalist beliefs and his wife was forced to sell Aylesford once more, to Sir John Banks, a wealthy businessman. Banks rebuilt the mansion in Caroline style and welcomed the great and good of Restoration society to his new home, including Samuel Pepys, who noted in his diary that 'I was mighty pleased with the sight of it'.

Banks' daughter Elizabeth married Heneage Finch, who was named 1st Earl of Aylesford, but the family lived elsewhere and used Ayesford purely as a dower house.

A subsequent owner was a Mrs Woolsey, who actively promoted the new scouting movement, and Lord Baden-Powell, the founder of the Boy Scouts, was a known visitor.

Then in 1949, in an extraordinary twist of fate, the house was put up for sale, and the Carmelite order was able to buy it. Now called 'The Friars' (a name that was also used well back in the Middle Ages), the priory was restored and many of the original medieval features brought back to light from under centuries of later building.

The centrepiece of the restored Priory was an open-air shrine with a series of smaller chapels leading off the open space. The 'new' Aylesford Priory was (re)dedicated in 1965. It now serves as a retreat and conference centre and welcomes residential visitors and tourists. 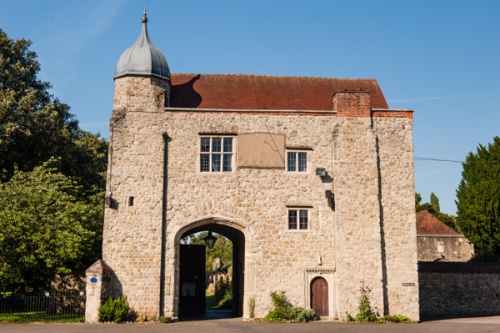 One of the most recent additions at Aylesford Priory is a narrow walled garden extending from the 16th-century gatehouse. The gatehouse was built for defence, guarding the entrance to the site when the priory was a mansion following the Dissolution. The garden is laid out along a walkway paved with stones bearing the word 'peace' in over 300 languages.

A leafy trail along the River Medway, leading a shrine depicting St Simon Stock's scapular vision. It is amazing to think that hundreds of thousands of pilgrims have walked this same trail over the centuries.

This area is centred on a large piazza with long benches. Several shrines are laid out around the piazza, including a Choir Chapel, Cloister Chapel, St Joseph's Chapel, and the Main Shrine, with a huge sculpture of the Virgin Mary sculpted by Michael Clark in 1960. The most interesting building from a historical viewpoint is the Relic Chapel, which houses a reliquary containing the skull of St Simon Stock. Many of the chapels feature quite stunning ceramics by Polish artist Adam Kossowski. 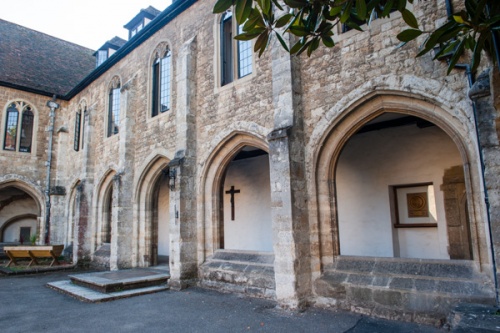 The oldest part of The Friars; most of the buildings are medieval, though many were refitted with 17th-century windows. The most intriguing is Pilgrim's Hall, dating to 1280, the hall has served many functions over its lifetime, being a barn, a brewhouse, an almshouse, and a Scout headquarters.

I was of two minds whether to visit The Friars or not, simply because I wasn't sure how I'd enjoy a historic site that has been so recently rebuilt. But I loved it. The core of historic buildings is quite wonderful, and the restoration is so sensitively done that it was frankly hard to tell which bits were old and which bits weren't! More tellingly, the whole site seemed to radiate a sense of peace and calm, despite occasional noise from the nearby M20.

The River Medway flows past the site as it has done for almost 800 years, giving me a sense of what it might have been like for the medieval friars and pilgrims who came here. The Great Courtyard is an absolute gem; a wonderfully complete and atmospheric medieval enclave of historic buildings. 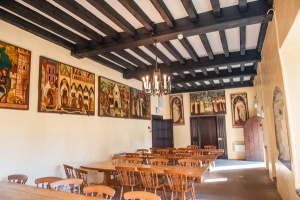 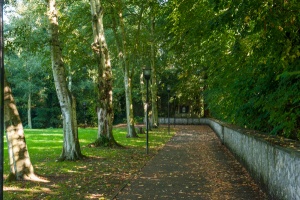 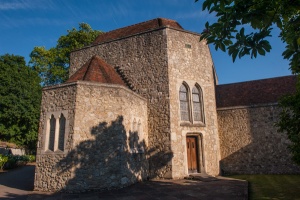 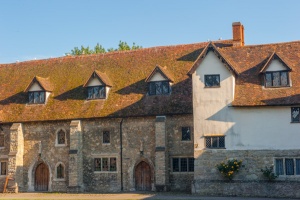 Medieval buildings in the Great Courtyard 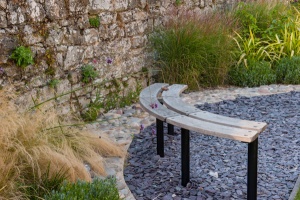 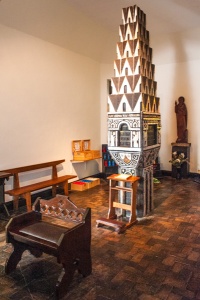 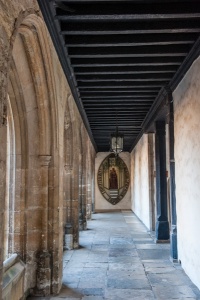 More self catering near Aylesford Priory (The Friars)

More bed and breakfasts near Aylesford Priory (The Friars)