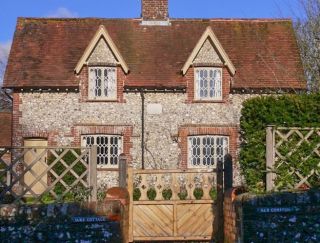 A small hamlet in the West Sussex downland, at the foot of Telegraph Hill. Nearby is the long barrow known as Bevis' Thumb. The village is very ancient and was mentioned in the will of Alfred the Great.

There was a church here at the time of the Domesday Book in 1086, but the present building dates to the 12th century. Several early Norman features remain, including the chancel arch and north arcade. The south arcade is a relative newcomer, then, built in the 13th century!

In the north wall of the chancel is a 14th-century aumbry cupboard, while the plain octagonal font is probably 15th century. Of the memorials perhaps the finest is a 1793 monument to Sarah Phipps, who gave 100 pounds to provide robes for poor widows of the parish. There are several monuments to the local Phipps-Hornby family including three who served as admirals in the navy.

The inn is a listed building, as is The Old Manor House, built in the 18th century of flint with red-brick dressing. Another 18th-century building is The Vicarage, standing two storeys high with a gabled roof.

A path leads from the Coach and Horses to the top of Telegraph Hill, which has excellent views over the downland into Hampshire. 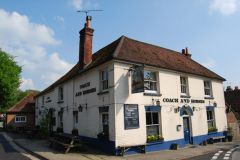 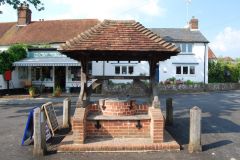 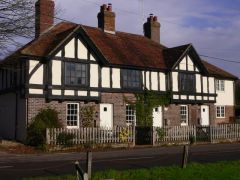 More self catering near Compton >>

More bed and breakfasts near Compton >>