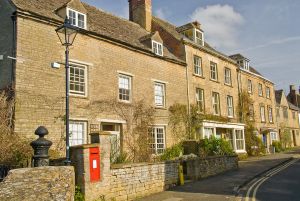 The historic market town of Charlbury sits on a hill above the Evenlode valley. The town began as little more than a clearing in the ancient royal hunting ground of Wychwood Forest. Little remains of the forest today, but Charlbury has maintained its historic roots.

The town is full of pretty 17th and 18th-century cottages built of Cotswold stone, giving the buildings a warm, golden look. Much of Charlbury's prosperity is down to its heritage as a centre for glove-making during the 17th and 18th centuries.

Most of Charlbury's most interesting old buildings are along Thames Street, Market Street, and Church Street. At the west end of Thames Street from the town centre are a lovely pair of old cottages, Armada Cottage and the Old Talbot Inn.

These are largely unaltered Elizabethan buildings, both in use as private homes. Just opposite Armada Cottage is Grantchester House, a beautifully restrained example of Georgian architecture that was once a boarding school for young ladies.

Further along, on Market Street, is the town museum, exhibiting displays of local life. Beside the museum is Corner House, now the public library, which dates to at least the 18th century. It, like many of Charlbury's older buildings, was owned at one time by a Quaker. The Quaker Meeting House is a few yards along Market Street, housed in a restored late 17th-century building.

A short walk up Brown's Lane brings you to the town playing field, where a grandiose drinking fountain stands. This was erected as a multi-purpose monument to commemorate several things at once, including Queen Victoria's visit to Cornbury in 1886, her Golden and Diamond Jubilees, and Arthur Albright's gift of a pure drinking water supply to the town, in 1896. The drinking fountain is built to the winning design of a nationwide competition and was erected in 1900.

Back on Church Street, you come to Albright House, named for the influential local family who purchased it in 1813. The house itself probably dates to the 17th century. Opposite Albright House is The Bell Hotel. You might be inclined to think this attractive building was built in 1700, as that is the date on the ornamented plaque above the door. But that is just the date the hotel was remodelled. The foundations of the Bell probably go back to the establishment of a market here in 1256.

Beside the Bell is Gothic House, once the home of Edward Lyster, an apothecary who came to Charlbury to combat smallpox in 1786. A few steps down Church Street from Gothic House is the parish church of St Mary the Virgin.

This lovely old building dates to the Norman period, though it was much remodelled in the Victorian era. If you carry on along Park Street from the church you come to a high stone wall surrounding Lee Place. This attractive manor house was once the dower house for the Countess of Lichfield. The house frontage was added in 1722.

On the southern edge of the town is Charlbury Station. This was built by famed engineer Isambard Kingdom Brunel, for the arrival in Charlbury of the Oxford, Worcester, and Wolverhampton rail line. The station house is of the 'chalet' style favoured by Brunel and is a Grade II listed building.

On the edge of Charlbury is Cornbury Park, originally a royal hunting lodge. The house, primarily 16th and 17th century, is not open to the public but there are public footpaths through the park. 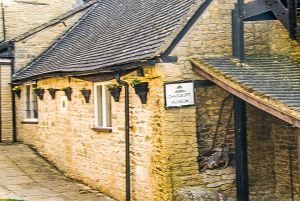 More self catering near Charlbury >>

More bed and breakfasts near Charlbury >>