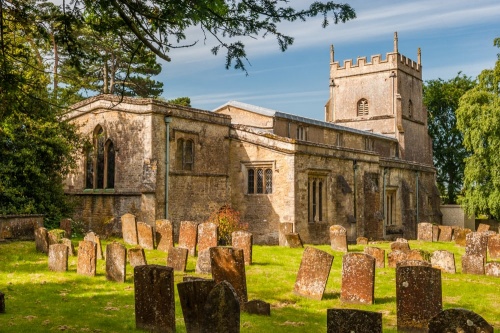 Enstone's ancient parish church of St Kenelm was begun in the early 9th century, shortly after St Kenelm's murder at the hands of his sister. Kenelm, or Kenelmus, was the child-king of Mercia, who took the throne when his father died around AD 811. After his murder in AD 819, his body was discovered by divine intervention and he was created a martyr and a saint.

Sometime around AD 820, less than a year after Kenelm's death, a small church was built on this site and dedicated to St Kenelm by the Abbot of nearby Winchcombe, where the saint was buried.

The Saxon church was much smaller than the building we see today. In 1175 the Saxon building was extended by five bays to the west and with the addition of a south aisle. The finely-carved south doorway dates from this time. 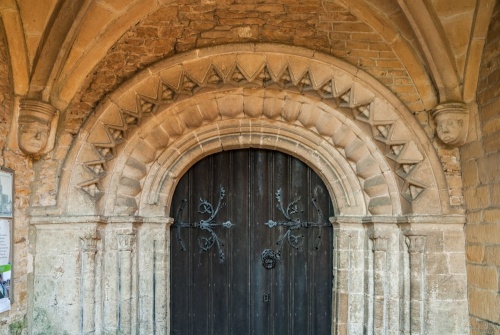 Around 1280 a north aisle was added, and in 1320 a west tower replaced the fifth bay at the western end of the nave, and a chancel was added to the east. The south porch and nave clerestory also date from this period.

After this third phase of extension was finished around 1346 the church was re-dedicated in honour of St Edward the Confessor.

In 1382 a tithe barn was built near the church by the Abbot of Winchcombe. The barn was rebuilt in the late medieval period but retains its original 14th-century date stone and cruck-framed roof. 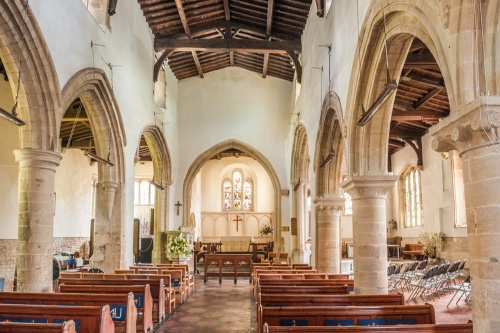 A Lady Chapel was added around 1400 and the south aisle extended in 1420 to form a chapel. A second chapel was added in the 16th century, possibly to hold the tomb of an Abbot of Winchcombe. This chapel and tomb were destroyed during the tumult of the English Civil War.

The church underwent a major restoration in 1855, under the direction of the prolific Victorian architect GE Street.

Sometime around 1930, the name of St Kenelm began to be re-used to refer to the church, but there is no record of an official re-dedication. 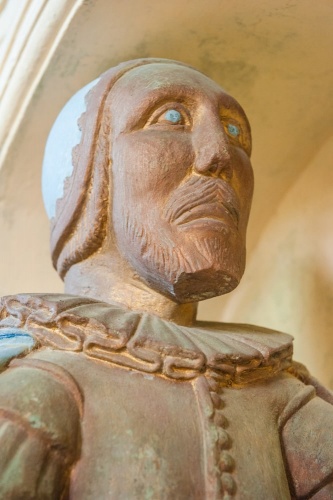 The 14th-century porch is a delight, featuring a ceiling decorated with beautifully-carved stone heads. The earlier Norman doorway arch is carved with traditional zig-zag designs. A matching north doorway, now blocked, is opposite the entrance.

The finest memorial is in the south chapel. This is to Stevens Wisdom (d 1633) and shows a painted figure of the deceased man kneeling before a carved replica of his own tomb.

Another highlight is a 1716 wall monument to Benjamin Marten, and there are finely-carved ledgers in black marble to generations of the Walker and Cole families. 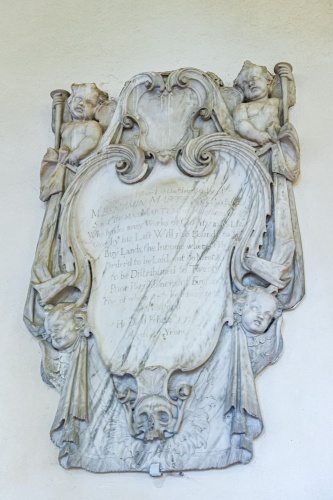 The octagonal font dates to the 15th century and there is a worn parish chest with decorative ironwork that may be as old as the 13th century. Tucked into a corner is a broken stone coffin, thought to be a medieval relic.

The chancel arch is 13th-century work, while the tower arch dates to the early 16th century. The windows boast stained glass spanning four centuries. There are several panels of 17th-century glass, three windows set with Victorian glass, and an early 20th-century window with glass thought to be by Morris and Company. 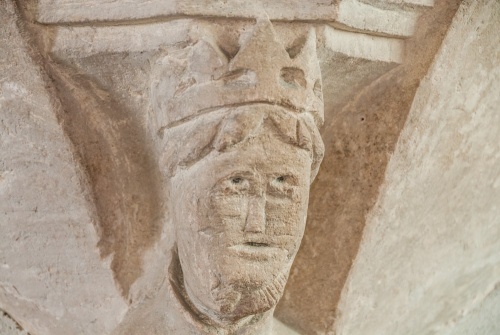 Carved medieval head of a king

To avoid confusion, there are several villages that make up the larger community of Enstone, though they are often [incorrectly] lumped together. The main village of Enstone lies primarily south of the River Glyme and is joined to the south by the village of Neat Enstone. To the north, across Stoney Bridge, is the separate village of Church Enstone, so-named because it grew up around the church of St Kenelm.

St Kenelm's Church is a delight; an ancient building oozing history, with an excellent collection of medieval carved heads, a beautifully-carved Norman doorway, and a fascinating array of monuments.

St Kenelm's Church is easy to find. It lies on Church Street in Church Enstone, immediately north of Bicester Road (the B4030). We have visited twice, and found the church open on both occasions. 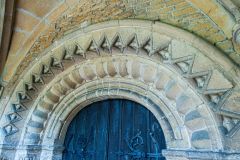 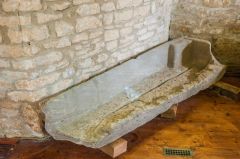 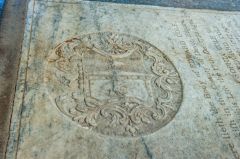