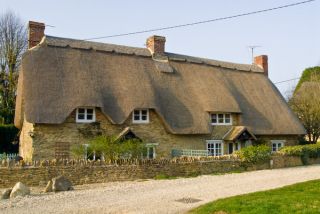 An almost perfect estate village, built for workers at Buckland House. The village is composed of a lovely mix of traditional thatched cottages, with an attractive mix of more modern houses, all built of golden Cotswold stone.

The 12th-century parish church of St Mary is an absolute gem, boasting 15th-century stained glass shields, a 16th-century memorial brass, and a very well preserved 14th-century font, in addition to the ebullient Barcote Chapel, a late Victorian addition well worth seeing for its colourful tiles.

Beside the church is Buckland Manor, which was the residence of the Lords of the Manor until the building of Buckland House around 1750. Buckland House is a superb Palladian mansion built by Sir John Wood the Younger for Robert Throckmorton.

The village dates to at least AD 957, when it was mentioned in a royal grant of land to Duke AElfheah. By the Elizabethan period, the estate belonged to the de la Pole family, Dukes of Suffolk, but by 1690 it passed to the Throckmorton family of Coughton Court, Warwickshire.

What we see today in Buckland is largely the work of the Throckmortons. The main residence for the Throckmortons was Buckland Manor House, but when the grand new Buckland House was erected around 1750 the old manor became the stables for the new house. It has now been converted back into a private residence. 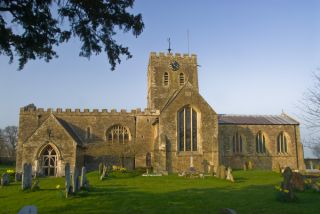 More self catering near Buckland >>

More bed and breakfasts near Buckland >>