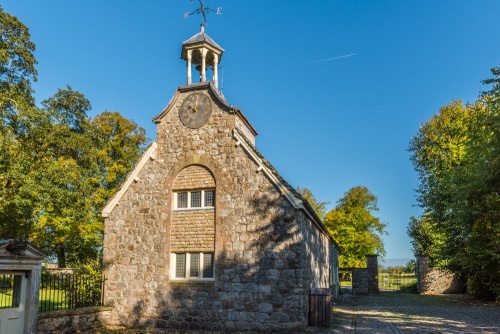 Inside the famous henge at Avebury, Wiltshire is a museum detailing the life and work of archaeology pioneer Alexander Keillor. Keillor was responsible for much of the early excavating work at the Avebury henge complex, and the museum has one of the best exhibits of prehistoric remains in the country.

Alexander Keillor was a member of the Keillor family, successful makers of marmalade. More importantly, he devoted decades of his life to exploring the archaeology of Avebury and the surrounding area. He established the museum here to display his finds from excavations at Avebury and Windmill Hill, which overlooks the village. The museum was opened in 1938.

The museum depicts in detail how Keillor surveyed and excavated the archaeological remains at Avebury. Many of his techniques were well ahead of his time; for example, he was one of the first to make extensive use of aerial photography. 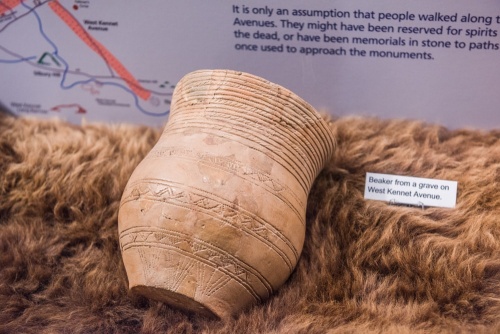 Perhaps the most interesting exhibit from a human interest viewpoint is a collection of objects found with the 'Barber Surgeon' skeleton at the base of one of the standing stones. When the stone was investigated, the skeleton of a man was discovered, and with it a number of medieval objects that suggested the man was a barber-surgeon and had perhaps died when a stone collapsed on him.

Among the objects on display is a rusted pair of scissors, coins, a buckle, and an elongated iron object that might be a medical probe.

There are several pottery sherds and some complete pottery vessels from excavations at Windmill Hill. These are among the oldest pottery vessels ever found in Britain. Another highlight is a beautifully-preserved pottery vase found in a grave on the West Kennet Avenue of standing stones. From Silbury Hill comes a bronze bracelet from the late Iron Age - roughly 2,700-2,900 years ago. 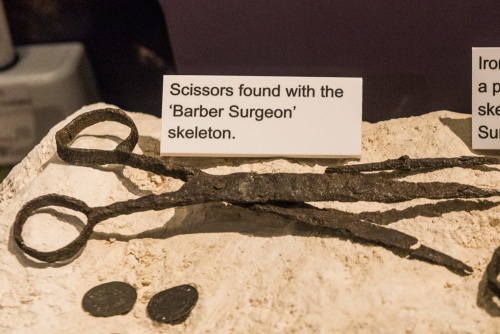 Admission to the museum also permits entry to the Barn Galleries nearby, which has exhibits showing how people may have lived at Avebury at the time the great henge and stone circle was built. You can also get a joint ticket for the museum and Avebury Manor, where Keillor lived for many years.

Avebury Manor is a lovely Tudor manor house and garden, now preserved by the National Trust.

The Alexander Keillor Museum is small, but you will want to take your time; there is a lot to see, and the museum will help explain a lot about the development of the complex of ancient sites at Avebury. Highly recommended. 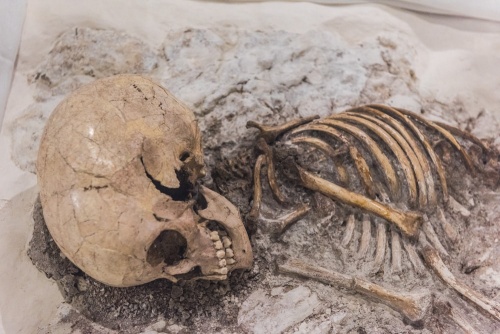 Skeleton of a child from Windmill Hill

The museum is located in a historic stable building just outside the gates of Avebury Manor. There is one visitor car park in Avebury, operated by the National Trust. The car park is on the edge of the village, on the A4361, just off the A4 at Beckhampton. There are very clear pedestrian signposts from the car park, pointing you to the museum, the manor, and the henge. 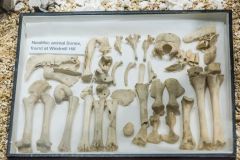 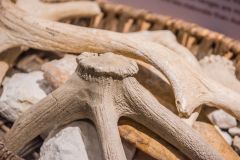 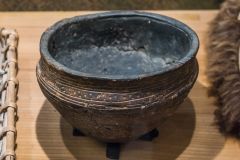 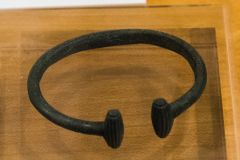 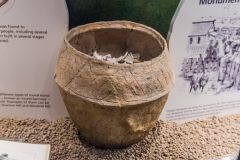