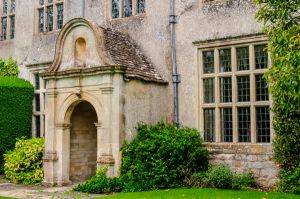 The Tudor manor house at Avebury is a monument to the architectural and cultural changes of the centuries. On the site of earlier monastic buildings, the present 16th-century buildings have been much altered over the years. Owned by the National Trust, but private tenants open the grounds and part of the house.

It is quite amazing to realise how few people know that there is a historic manor house at Avebury. Of course, most people come to this pretty Wiltshire village for the prehistoric henge and stone circles, and so they should. But far too many leave without exploring the Tudor manor house and the even earlier Saxon church beside it.

The house was begun in the mid-16th century, sometime between 1555-80. Excavations suggest that there was a much earlier monastery on the same site, dating as far back as 1000 years ago. We know there was a 12th-century priory house nearby, owned by the Abbey of St Georges de Boscherville in Normandy. The Hundred Years War spelled the end of French monastic influence in England, and the last monk left in 1379. 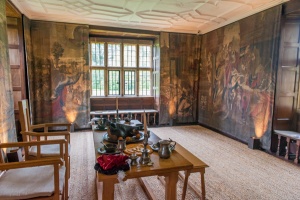 In 1411 the monastic lands passed to Fotheringhay College, but following the Dissolution of the Monasteries, the College traded the estate for lands elsewhere. The crown took control, and granted the Avebury estates to Sir William Sharington of Lacock Abbey. The priory was destroyed, leaving only a small house on the site.

A decade later the property was purchased by William Dunch, a wealthy courtier and Auditor for the Royal Mint. We suspect that it was Dunch who completely rebuilt the earlier house to create the Manor we see today. Sarsen stone was used for much of the original building, probably scavenged from the stone circle nearby.

The house was extended in 1601 by Sir James and Mrs Debora Mervyn, whose initials are carved over the beautifully decorated porch. The Great Hall was remodelled in Georgian style by Richard Holford in 1740. This chamber eventually became the Queen Anne Bedroom. We think that Queen Anne visited Avebury, so the name is more than ceremonial.

The final changes to the house came in the early years of the 20th century, when Lt-Colonel Leopold and Mrs Nora Jenner added a library and laid out the wonderful gardens, with yew and box topiary and water features.

The manor was featured in the BBC television series 'The Manor Reborn', which followed restoration efforts as a team of experts helped return the house to its Tudor splendour. Nine rooms were restored, reflecting Tudor, Georgian, Queen Anne, Edwardian, and early 20th century periods. Thankfully the series has helped raise the public profile of the fascinating house and its historic gardens.

I visited the manor after its restoration and was extremely impressed at how much work had gone into recreating the historic interiors. Each room seems to feature a different time period, and visitors move seamlessly from Tudor to Georgian to modern rooms, each with reminders of the families who lived at Avebury and called the manor home.

I was also impressed at how visitors are encouraged to experience the house; we sat in the master's chair, wearing Tudor headgear, we reclined in the bed and played snooker in the billiard room. In short, we made ourselves at home, and in the process really gained an insight into how people lived at different times in the manor's history. I wish more historic houses were like this! 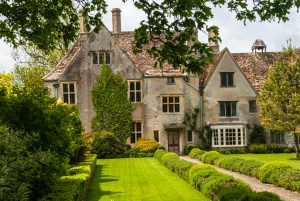 The manor house and front gardens 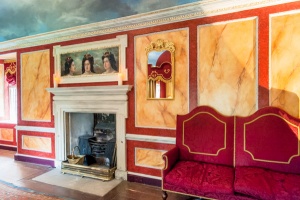 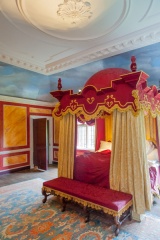 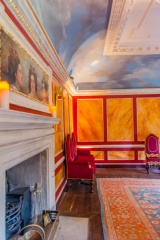 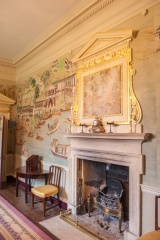 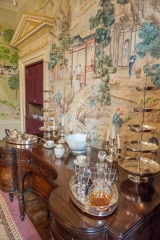 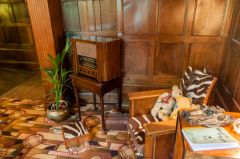 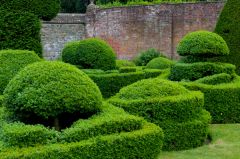 More self catering near Avebury Manor and Garden >>

More bed and breakfasts near Avebury Manor and Garden >>