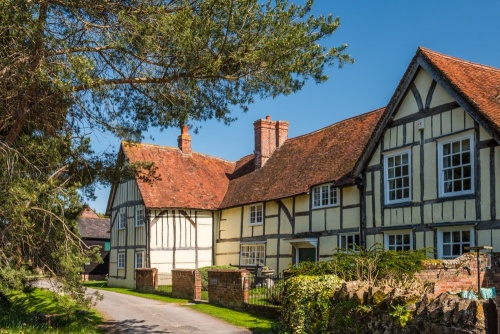 Priory Cottages (right)
Priory Cottages are a pair of former medieval monastic buildings now converted into dwellings. There is limited access as both cottages are rented out by the National Trust. South Cottage contains the former great hall of the original priory on this site.

The story of Priory Cottages is a bit confusing; the property actually consists of a 14th-century manor house and former monastic grange associated with the Abbey of Bec in Normandy. Henry I granted the manor of Steventon to the priory of Notre-Dame de Bonne-Nouvelle in Rouen. Since that priory was a cell of the powerful Abbey of Bec, Steventon became, in turn, an outlying cell of Bec and was known as Steventon Priory. 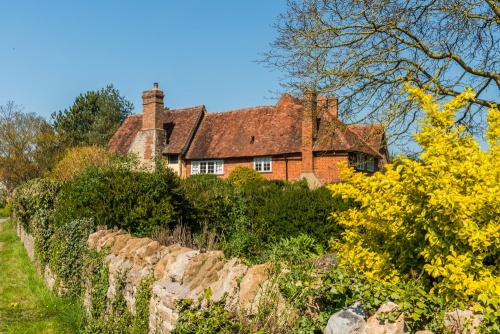 Despite the monastic link, no priory church was ever built, and it remained purely a grange - a farm run by a monastery and thus, independent of the medieval manorial system. No more than one or two monks ever lived here, administering the grange and the Steventon estates on behalf of the Abbey.

By the end of the 14th century, the buildings were leased to tenants. Steventon eventually passed to Westminster Abbey, though again it was never more than a grange, despite the fact that it was called Steventon Priory. After the Dissolution of the Monasteries, the lands were sold, and the property passed through private hands for centuries.

The cottages were purchased and given to the National Trust by the mysterious group of donors known as Ferguson's Gang. No one knows for sure who all the members of the Gang were, but they were responsible for raising money to purchase several historic properties for the Trust and donate them anonymously. 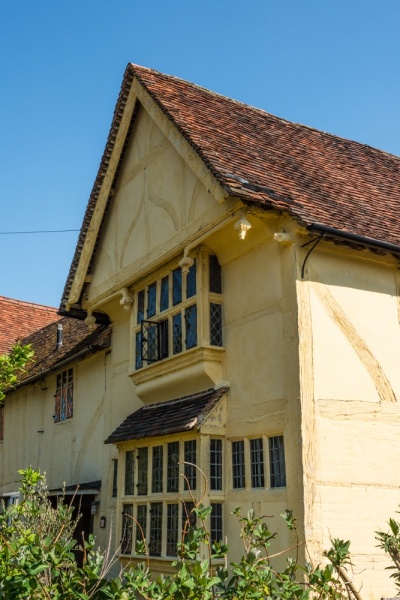 There are three linked buildings that make up the former Steventon Priory. The oldest part is the south-west building (South Cottage), built around 1330. The north-west block (North Cottage) was added in 1463. The hall (The Priory) dates to 1500, with a service wing added in 1550. A late 16th-century range abuts the hall to the east. The complex of buildings creates a courtyard plan with a wing to the east. The cottages stand two storeys high plus an attic, and are roofed with tile.

Though there are two cottages on the property, only the south cottage is open to the public. Access is by written permission from the tenant (see the National Trust website for full details). Even if you can't take the time to arrange a visit it is well worth taking a look from the public street, where you can get a very good look at the construction and see how the picturesque group of buildings was added to over time.

More self catering near Priory Cottages >>