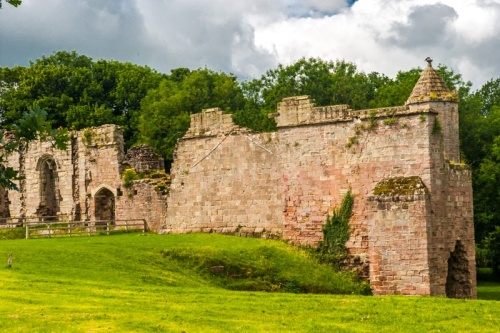 Spofforth Castle was a fortified manor house belonging to the powerful Percy family. There was a manor house here as early as the 11th century, but the current castle ruins belong primarily to the 14th and 15th centuries. The best-preserved parts of the castle are the hall and solar, but the oldest section is the undercroft, which dates to the 13th century and lies beneath the great hall and family quarters.

There was an Anglo-Saxon manor at Spofforth before the Norman Conquest. William Percy (d. 1096) built a new manor house shortly after 1067. The Percy family were staunch supporters of William the Conqueror, and to repay their support the new king granted the Percys 86 manors in England.

In 1224 Henry III granted the Percys the right to hold a weekly market, and it was the market that helped make Spofforth a relatively prosperous small town. Large sections of the hall undercroft date from this time. 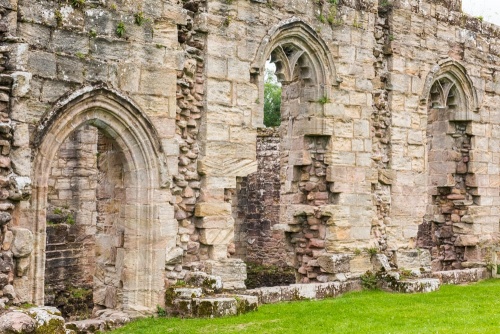 Henry Percy, 1st Lord Percy, was one of the most powerful nobles in England and one of Edward I's leading military commanders in his wars with the Scots. Percy's growing influence led him to extend Spofforth Castle. He was granted a license to crenellate Spofforth in 1309 but shortly thereafter he purchased Alnwick Castle in Northumberland and moved his family's seat of power further north.

The castle was expanded in the 15th centuries by another Henry Percy (1394-1455) to produce the layout we can see today.

The castle was slighted during the Wars of the Roses after Henry Percy, the 3rd Earl of Northumberland, died at the Battle of Towton in 1461. It was rebuilt in 1559 but was once more damaged during the Civil War. This time it did not recover and lapsed into ruin. Artist JMW Turner sketched the romantic ruins on his tour of Yorkshire in the late 18th century. 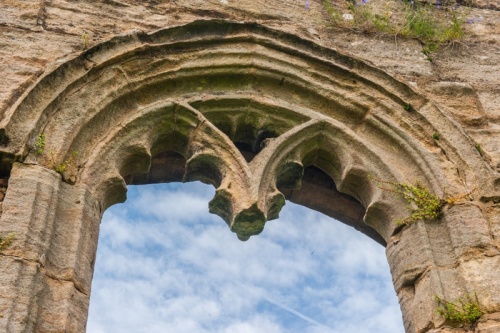 15th-century window in the great hall

Despite the name, Spofforth was always more of a manor house than a castle. During the medieval period, it stood at the centre of a large estate, surrounded by parkland and set beside a large lake. The manor house was part of a complex of buildings encircling a natural hill.

The rear of the castle is set into an outcrop of millstone grit so that the rear entry leads directly onto the upper floor. The most striking part of the remains is the corner turret, which still stands to its full height and is still roofed.

The castle is easy to find; it lies in a large park on Castle Street, just off the A661 Harrogate Road, and it is signposted off the A661. There is no dedicated parking area but it should be easy to find a place to park along the road. The site is open and accessible at any reasonable time. 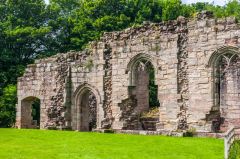 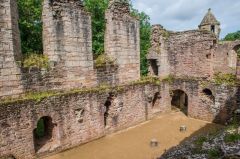 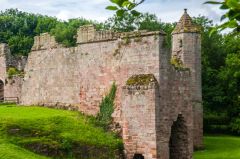 Chapel of Our Lady of the Crag - 3.3 miles (Historic Church)

More self catering near Spofforth Castle >>