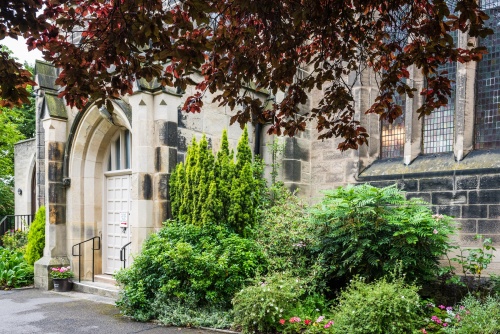 The tower of St James' Church is a landmark to visitors entering Wetherby across the medieval bridge over the River Wharfe. You might expect a historic market town like Wetherby to have an impressive medieval parish church, but in fact, the church is a Victorian Gothic Revival building erected in 1839-41.

When the church at Spofforth had no money to spare, the residents of Wetherby had to chip in to raise enough money for the curate to live. All baptisms, marriages, and burials were held at Spofforth. 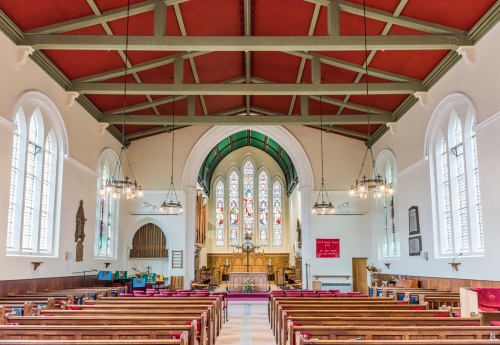 In 1760 an 'ancient' thatched chapel of ease on the Market Place was torn down and another built in its place. The chapel stood on the site now occupied by the Town Hall. It was rebuilt in 1763 and again in 1816 when galleries were added.

By the early 19th century Wetherby had grown into a bustling town, in part due to its popularity as a coaching stop on the Great North Road halfway between Edinburgh and London. The growing population made it essential for the town to have its own church.

In 1833 Rev William Raby was named as the curate of Wetherby - he was already the curate of Spofforth. In 1838 Raby created local interest in building a new church. Edward Greenwood gave a farm field (used for growing barley) as a location for the new building and John Barlow of Wetherby Manor granted public access to the site in exchange for a door in his garden wall allowing him direct access to the churchyard. 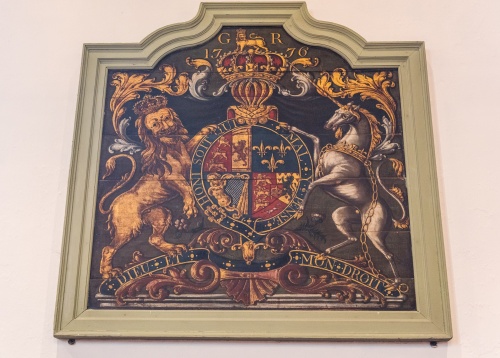 The foundation stone was laid by Quentin Rhodes, a local brewer, who also gave money for an organ. Stone for building was quarried in a church-owned quarry at Collingham. The new church was consecrated on 1 February 1842 by the Bishop of Ripon, the Rt Rev Dr Longley. The new church cost an estimated Â£4,510, all of it raised by public subscription.

The architects were JB and William Atkinson of York. The interior originally had high-backed 'horse-box' style pews but these were replaced with the present oak pews in 1887. Scattered around the church interior is oak furniture by the famous Robert 'Mouseman' Thompson studio of Kilburn. Look for Thompson's iconic carved mouse symbol, which you can find decorating many of the pieces of furniture.

Over the notice board in the church porch is a plaque of benefactors. Note that the plaque says there were 715 'sittings'. The church only holds 350 today, after the original gallery was removed. 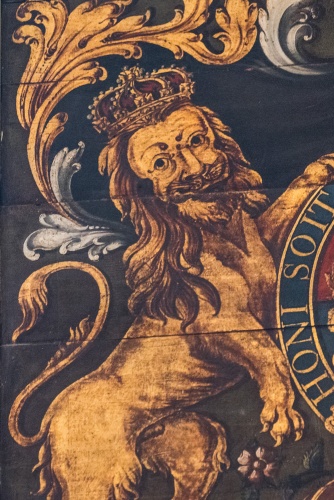 Moustachioed man's face on the coat of arms

The stained glass dates to the 1887 restoration. The east window was designed by Ward & Hughes of London. The central section depicts the Last Supper and Christ the Good Shepherd. Flanking this are figures of the four Evangelists while below are cherubim and above is a dove and the IHS monogram with the chi-rho symbol.

The west window was installed in 1890 in memory of Maria Sanderson and was designed by the Powell Brothers of Leeds. It depicts Christ Blessing the Little Children. The south window is more modern, installed in 1940 by Kayell and Reed of Leeds in memory of Henry Crossley, the founder of the Wetherby News newspaper. Crossley began his working life as an errand boy working for Rev Raby.

The north window is more modern still, created in 1974 in memory of Walter and Mary Mellor. 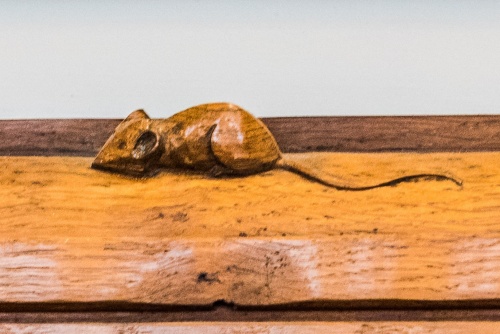 On the wall is a large bronze tablet acting as a WWI memorial to the 69 local people who died in the conflict. A smaller wooden tablet commemorates the 21 fallen of WWII. A small mouse on the edge of the plaque tells us that this is one of 'Mouseman' Thompson's works. Also on the wall is a touching plaque in memory of 2nd Lieutenant James Hargreaves, who died in action at Passchendaele in 1917.

The most interesting historical feature is a royal coat of arms to King George III, painted in 1776. The figure of the lion has the face of a moustachioed man.

St James' Church is a lovely Victorian building and a good example of Gothic Revival architecture. 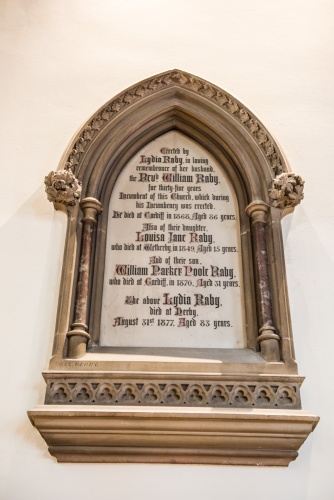 The church is at the end of Church Street, off Bank Street or St James Street, easily accessed from the town centre. It is normally open to visitors during daylight hours, and was open when visited (though we did have to wait for a service to end).

Chapel of Our Lady of the Crag - 6 miles (Historic Church)

Self Catering near Wetherby