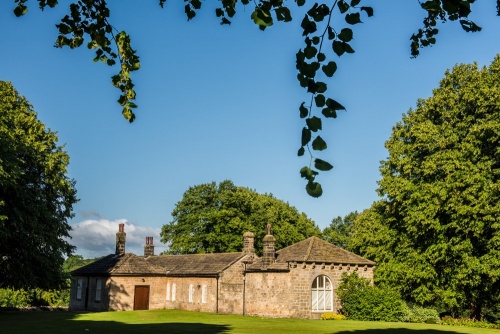 Within the grounds of historic Knaresborough Castle stands a late 16th-century building used as the courthouse for the Honour of Knaresborough, a vast estate including the town, the Forest of Knaresborough, and an area of cultivated farmland north of the town known as The Liberty. The Courthouse is now a fascinating museum covering the history of the castle and the town.

Knaresborough Castle was founded around 1100 on a high cliff above the River Nidd. It was a favoured residence of several kings, including King John, who enjoyed hunting in Knaresborough Forest. Edward III gave the castle and the Honour of Knaresborough to his wife, Queen Philippa, as part of her marriage settlement and the queen spent many happy years here.

The oldest part of the castle is the Courthouse undercroft, thought to date to the 12th-century. The Courthouse itself was probably built in the 14th century and rebuilt between 1590-1610. It is mentioned in 1561 as a 'House of Records'. The upper floor (ie. the floor above the undercroft) was used as a courthouse for the Honour of Knaresborough. 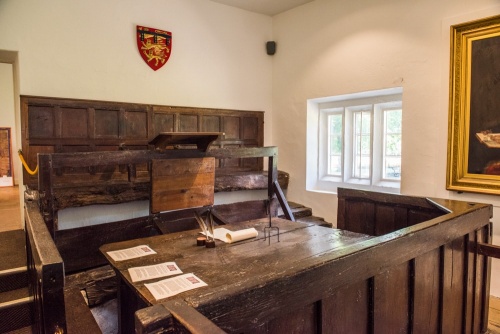 The castle was 'slighted' by Parliament after the Civil War so that it could no longer be used for military purposes. Thankfully, Parliament left the Courthouse alone, and it continued in its role as a court of justice.

Sometime between 1786-1830, a prison block was built and the Courthouse roof was raised.

The Courthouse is made of magnesian limestone and brick. It is a mix of single-storey and two-storey bays, with a 2-bay addition to the rear. Internal features include a 14th-century fireplace on the ground floor, 17th-century doors and cupboards, and 16th-century benches and panelling in the beautifully-restored courtroom. 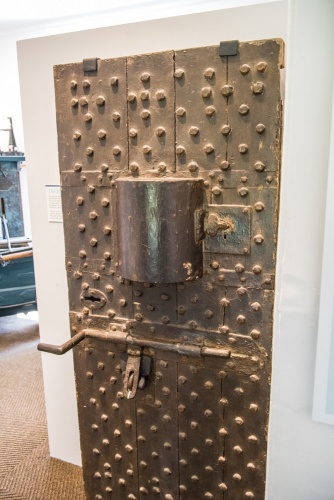 The Courthouse was probably built by Sir Henry Slingsby, the Constable and Surveyor of Knaresborough Castle. Here a court would meet every three weeks on a Wednesday to deal with minor issues such as disputes between neighbours and tenancy transfers. More serious crimes against Forest rules were tried twice yearly at special sessions; at Easter and in the autumn.

Common offences against Forest law included cutting tree branches to feed to sheep and cattle in winter, and gathering acorns and apples. Summer crimes included poaching and milking neighbours cows when they were pastured on common land.

Attendance at these court sessions were compulsory for all tenants and those who skipped the session were fined. The most serious cases, such as assault, theft, and murder were tried at York.

Court records were written on long rolls of parchment stitched together. The earliest surviving court roll comes from 1333, and the last was recorded in 1707. By the early 19th century the Honour of Knaresborough Court served little legal purpose and acted only as a land registry. Court proceedings were moved to the borough courthouse and the Courthouse was used as a solicitor's offices. In the 1970s it was transformed into a museum. 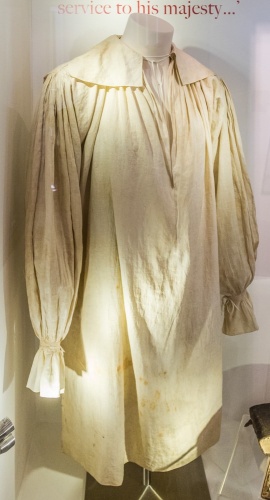 The heart of the Courthouse Museum is the Elizabethan courtroom, with its original 16th-century benches and panelling. You can sit where judges sat to hear cases, or imagine that you are the prisoner brought to hear the charges against him.

But there is much more to the museum than the historic courtroom. You will learn about the people that made Knaresborough; people like Mother Shipton, a 16th-century prophetess who was born in a cave across the River Nidd from the castle and grew to become famous for her rhyming prophecies. Mother Shipton foresaw the invention of the automobile and the submarine, the railway and iron-clad ships. 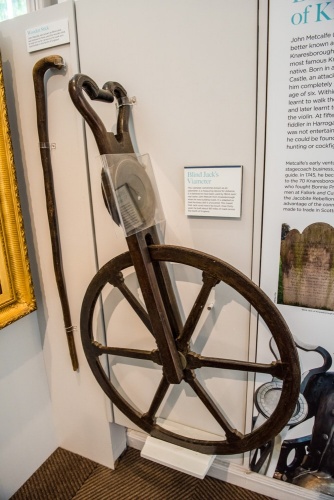 Then there is 'Blind Jack' Metcalf (1717–1810), who, though blind from the age of six, became a professional road builder and civil engineer, tour guide and coach driver. A statue of Metcalfe stands (or rather, sits) in the nearby market square. On display is Blind Jack's viameter, a form of odometer used for measuring distance. The viameter has been adapted so that Metcalfe could read the dial by touch as he walked.

The oldest objects on display must be a collection of 13th-century carved stone fragments from Knaresborough Priory. From the Tudor period comes a 1587 map of the area produced by William Plompton to prove to the courts that he owned several acres of land at Rudfarlington. 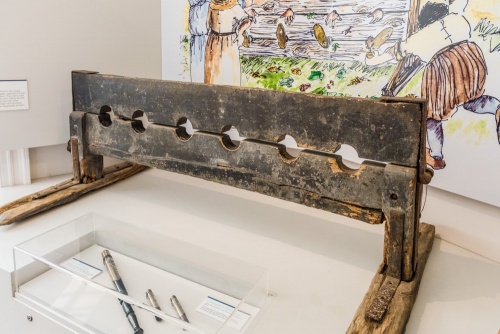 See the old town stocks, where wrongdoers were punished, and the linen shirt worn by Sir Henry Slingsby when he was executed on Tower Hill in 1658. Slingsby was accused by Oliver Cromwell of plotting to overthrow the Commonwealth and return King Charles II to the throne. He was one of the last Royalists executed before Cromwell's death in 1659. Look for brownish stains on the shirt. These were analysed and found to be bloodstains.

The Courthouse Museum is in the Knaresborough Castle grounds on Castle Yard, off Kirkgate, a short distance from the Market Place. Just follow the obvious signs for the castle. There is no dedicated parking but there are paid parking areas near the market place. 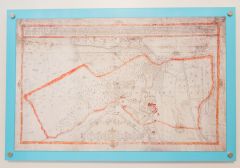 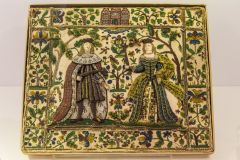 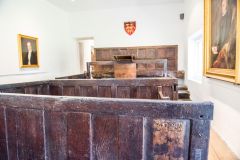 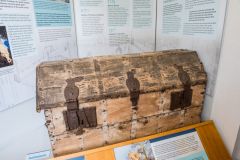