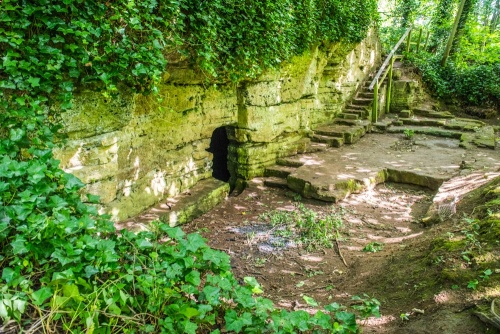 On the outskirts of the historic market town of Knaresborough, Yorkshire is a medieval hermit's dwelling carved from the solid rock of a limestone cliff. Outside the cave is a ruined chapel containing the grave of St Robert of Knaresborough, a 12th-century hermit whose reputation for holiness attracted visits by kings.

Although he was never canonised, St Robert was regarded by the medieval chronicler Matthew Paris as one of the three most important saints of the 13th century. Robert Flower (1160-1218) was born in York, the son of Touk Flower, a prosperous merchant and Mayor of York. Robert had no desire to follow in his father's footsteps, however, and instead chose to enter the church.

Some of what followed is based on tradition rather than hard historical evidence. It is said that Robert was a novice at the abbey of Newminster (on the outskirts of modern Morpeth, Northumberland) for several months but he became disillusioned with the monastic life and chose to become a hermit. 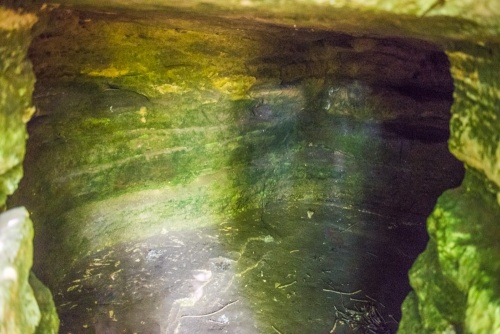 He chose to live in a cave beside the River Nidd at Knaresborough, sharing the space with another hermit. His companion was not a religious hermit, but a knight in hiding from King Richard the Lionheart. When the king died in 1199 the knight returned to his family, leaving the cave to Robert.

After several years in the cave, a wealthy widow gave him a hermit's cell at St Hilda's Chapel in Rudfarlington, about two miles away. There he began to build a reputation for his compassion and hospitality to the poor. The hermitage was destroyed by brigands a year later and Robert moved to Spofforth for a time, then on to Hedley Priory, outside Tadcaster. Once again he became disillusioned with the easy life of the monks so he returned once more to Rudfarlington.

Here he ran afoul of William de Stuteville, the constable of Knaresborough Castle, who accused him of harbouring outlaws and thieves. The accusation is plausible, for Robert had a reputation for providing food and shelter to the poor and destitute. De Stuteville destroyed the hermitage, so Robert moved back to his cave by the River Nidd at Knaresborough, where he lived out the remainder of his days. 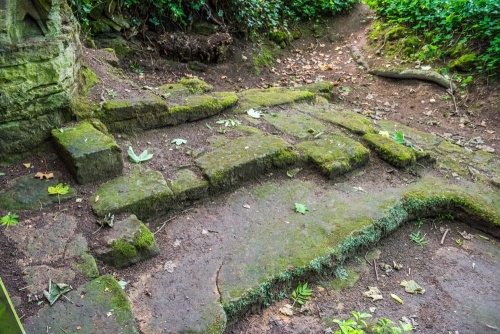 De Stuteville may have regretted his actions, or he simply bowed to the pressure public opinion, for he gave Robert land and cows. That was nothing compared to King John, who visited Robert several times and gave him 40 acres of land. Robert accepted the gift on condition that he paid no tithes for it, thus he was free to use the land to feed the poor and destitute.

King John did not have to go far to see Robert; he was fond of hunting in Knaresborough Forest and stayed frequently at the castle, less than a mile from the cave. The traditional story of the king's meeting with Robert says that the hermit was kneeling at prayer when the king arrived. Robert did not acknowledge his presence in any way, forcing the king to wait until he had finished his prayers before rising to greet him. Given King John's notoriously bad temper, it was a bold move!

Such was Robert's reputation as a holy man that visitors flocked to see him, seeking spiritual guidance and healing for illnesses. His brother Walter, who had followed in their father's footsteps and was now Mayor of York, built a stone chapel dedicated to the Holy Cross outside Robert's cave. 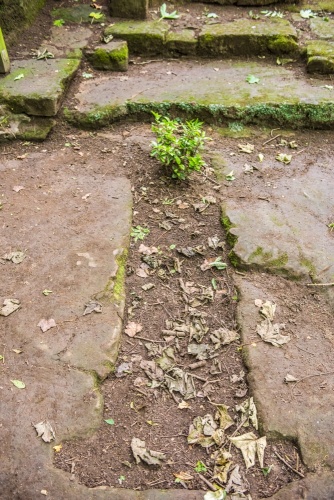 Before his death, St Robert founded Knaresborough Friary for the Trinitarian order. He warned the friars that when he died the Cistercian monks of Fountains Abbey would try to claim his body and carry it away to their abbey for burial. He asked the friars to resist the monks and buy him in a simple grave near the altar of his chapel beside the River Nidd. This they did when Robert finally died on 24 September 1218.

After his death, it was reported that a healing oil flowed from his grave and pilgrims flocked to the site to be healed. St Robert's grave became an important destination for medieval pilgrims and probably prompted the foundation of Knaresborough Priory.

There are two parts of the site; the cave where St Robert lived and the chapel, between the cave and the river. 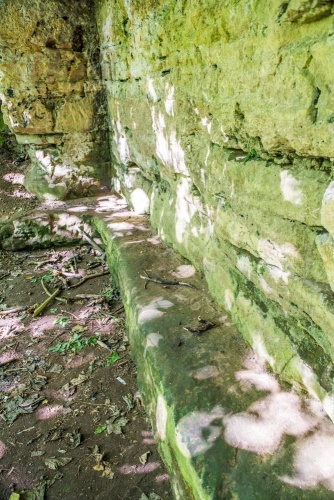 Stone benches along the chapel wall

To call Robert's residence a cave may give the wrong impression; it was a dwelling, hewn into the limestone bank above the river. The cave existed before Robert's arrival, but he is thought to have enlarged it. It originally served as both a dwelling and a chapel before the chapel of Holy Cross was built outside the cave entrance. Inside the cave is a shelf carved out of the solid stone, which may have served as an altar.

On a level space between the cave and the river are the foundations of the chapel built by Walter Flower, St Robert's brother. Here you can see the altar area, and in front of it is an elongated rectangle marking the site of St Robert's grave. The saint's body is no longer here; it was moved to Knaresborough Priory around 1250.

The chapel building is divided into two sections, with a wall and a drain marking a division between the religious part of the building and a domestic area with a low stone bench along two walls. The domestic area was not for Robert; it was a place for him to receive the poor and the pilgrims who flocked to see him. 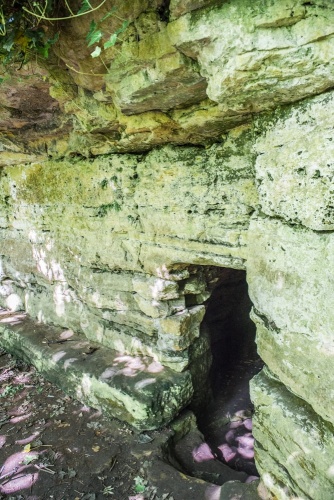 Murder in the Cave

There is another side to St Robert's Cave aside from its religious and historic significance. It is linked to a notorious 18th-century murder case. In February 1758 a skeleton was discovered buried inside the cave. It was thought to be the bones of Daniel Clark, who had swindled local merchants out of a large quantity of goods and then disappeared. Suspicion fell on Clark's close friend, a famous philologist (scholar of languages) named Eugene Aram.

After a trial where he conducted his own defence, Aram was found guilty. He later confessed his guilt and said that he killed Clark after he discovered he was having an affair with his wife. Aram was hanged in York on 16 August 1759. Despite the murder, Aram is credited with several advances in the study of European languages, including the novel - and now generally accepted - belief that Latin was not derived from Greek. 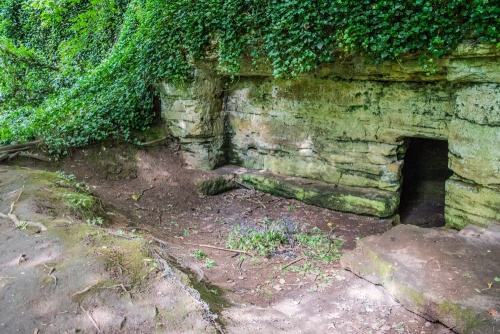 The chapel (foreground) and cave

St Robert's Cave is on Abbey Road, which follows the course of the River Nidd from Grimbald Bridge to Low Bridge. From Wetherby Road (the B6164) go down a set of steps on the north side of Grimbald Bridge to reach Abbey Road. Follow Abbey Road south and west to the cave, located down a bank towards the river. Look for an information panel and blue plaque marking the path down to the cave and chapel.

If you don't mind a long walk beside the river you can do what I did and join Abbey Road from the western end near Low Bridge. From there you pass the Chapel of Our Lady of the Crag and carry on for another 1/2 mile before reaching the cave and chapel.

If you carry on following Abbey Road as it curves west and north beside the River Nidd, in the direction of Knaresborough Castle, you will come to a 15th-century chapel carved into the limestone cliff. This is the Chapel of Our Lady of the Crag (the Chapel in the Rock). This is sometimes confused with St Robert's Cave and Chapel, but it was built two centuries after St Robert's death and has no links to the saint.

Chapel of Our Lady of the Crag - 0.6 miles (Historic Church)

More self catering near St Robert's Cave and Chapel

More bed and breakfasts near St Robert's Cave and Chapel