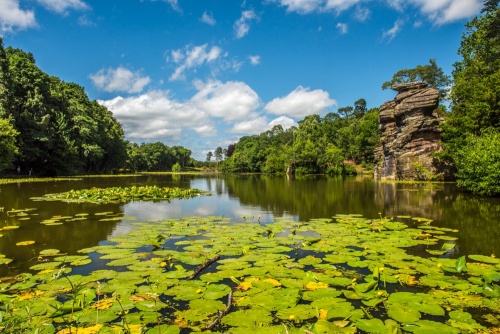 Turner's view of the lake at Plumpton Rocks

A Grade-II listed landscape garden covering 30 acres of gorgeous Yorkshire countryside near Follifoot in Nidderdale. The scenic beauty of Plumpton Rocks has attracted many artists over the years, including JMW Turner, who painted it as his first commission in oils in about 1798.

Included in the gardens are striking natural rock formations formed of Millstone Grit, attractive woodland walks, and peaceful lakeside trails. Calling Plumpton Rocks a garden may give modern visitors the wrong idea; it is not what we today would call a garden, rather, it is a designed landscape, a picturesque, incredibly romantic idealised landscape laid out around a man-made lake and a series of fascinating rock formations with viewpoints across the water.

The name Plumpton (sometimes spelt Plompton) derives from Old English meaning a settlement in a woodland place. The manor already existed at the time of the Domesday Book of 1086 when it was held by a man named Eldred. Given the name, we can probably assume that Eldred was a native Briton. If so he was quickly dispossessed by the victorious Normans and the Plumpton family took control of the estate and held it for almost 700 years before the male line of descent died out in 1749.

The Plumpton family lived at Plumpton Towers, but the medieval house was badly damaged following the Battle of Marston Moor during the Civil War. 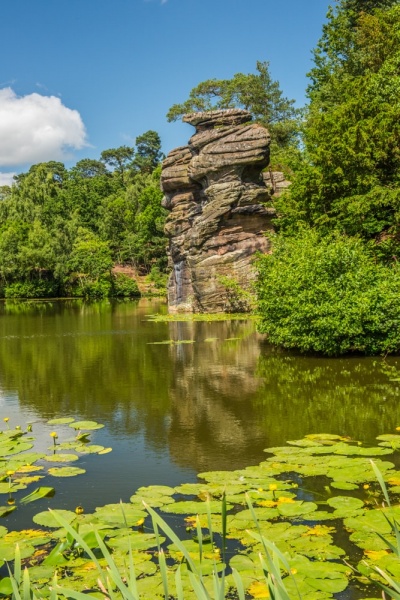 The last Plumpton was Robert, who died unmarried and without heirs. The estate was then purchased by Daniel Lascelles around 1755.

Lascelles hired architect John Carr of York to extend the existing house, then to replace it entirely with a much larger and more opulent mansion house. However, before the building could be completed Lascelles changed his plans and decided to buy the neighbouring estate of Goldsborough Hall and move there. The unfinished house was pulled down and part of the stable block converted to create the current Plompton Hall.

Though he gave up on the house, Lascelles continued to develop the pleasure grounds around it, formed from an ancient deer park.

Lascelles died in 1784 and the Plumpton estate passed to the hands of his brother, the owner of Harewood House. The pleasure gardens laid out by Daniel Lascelles survived and these form the basis of the Plumpton Rock gardens we can see today. The rocky garden and its network of paths may have been laid out by architect John Carr at the same time as he was working on the mansion house.

The result was one of the most important 18th-century landscape gardens in northern England. The romantic gardens, based on a long lake where lilies thrive, became a popular destination for visitors during the following century when Harrogate was developed as a spa town and tourist destination.

Unfortunately, the passage of years and changing tastes meant that the Rocks were not maintained, and by 2012 Plumpton Rocks was placed on the Heritage at Risk register by English Heritage. Thankfully a major restoration effort involving Historic England, Natural England, and the Historic Houses Association rescued the gardens from decay.

Several of the more interesting rock formations have been given names, such as Lover's Leap, Needle's Eye, and Lion's Den. Some of the original 18th-century paths still exist, winding their way through the rock formations, over the dam, and along the west bank. 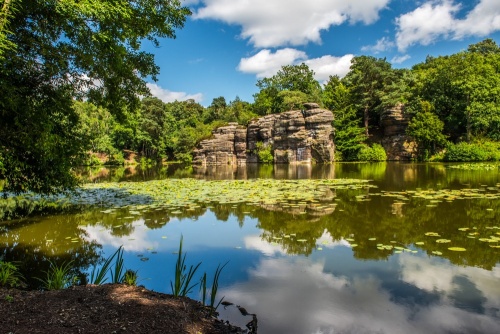 Rock formations from the west side of the lake

The most obvious manmade feature at Plumpton Rocks is the dam across the southern end of the lake. The Grade-II listed dam was probably designed by John Carr and is elegantly decorated in the fashionable neoclassical style of 18th-century England.

The dam is very much in the style popularised by Sir John Vanbrugh at Castle Howard and replaced an earlier earthen bank. The dam enabled Lascelles to enlarge a medieval fish pond to create a long, slender lake as an essential part of his landscape garden. He had John Carr build a boathouse at the same time as he enlarged the lake.

In 1797 Edward Lascelles, the 1st Earl of Harewood, commissioned a promising young artist named JMW Turner to paint a pair of oil paintings depicting his landscaped gardens at Plumpton Rocks. Turner painted two views of the lake, one looking south down the lake, with fishermen at work on the water, the other looking north from the dam, showing the fishermen finishing their day's work. The Earl paid Turner 32 pounds total for the two paintings.

Turner called both paintings 'Plompton Rocks' (note the alternate spelling) and both paintings can be seen at Harewood House. What is truly remarkable is how little the view north from the dam has changed since Turner painted his famous view. The view from the north has changed slightly since that end of the lake gradually silted up over time. 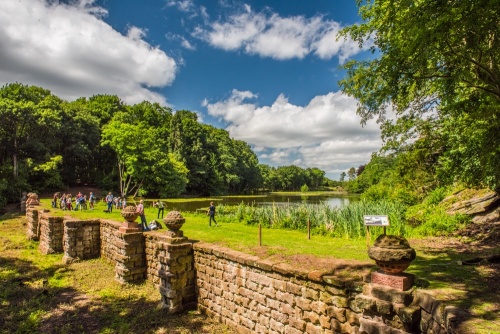 The gardens have been recorded in the Register of Parks and Gardens of Special Historic Interest by Historic England. Queen Mary certainly would have agreed, for she famously once called Plumpton Rocks 'Heaven on Earth'.

Plumpton Rocks is about two miles south of Knaresborough in a valley fed by a tributary of the River Crimple. The Rocks are part of a Conservation Area which should help protect this remarkable landscape from further decay.

The Grade-II listed gardens cover 30 acres and have been used for many TV and film productions including the BBC's Swallows and Amazons, Heartbeat, Emmerdale, and The Muppet Show.

Plumpton Rocks are signposted off the A661 and are very easy to reach from Knaresborough. 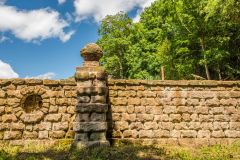 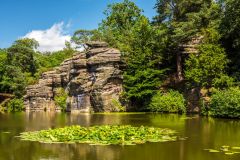 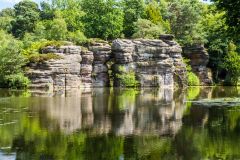 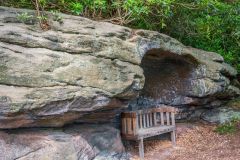 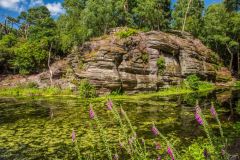 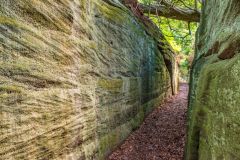 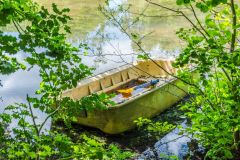 Chapel of Our Lady of the Crag - 1.6 miles (Historic Church)

More self catering near Plumpton Rocks >>