HERITAGE HIGHLIGHTS:   One of the largest Neolithic tombs in Wales, with unique spiral carvings 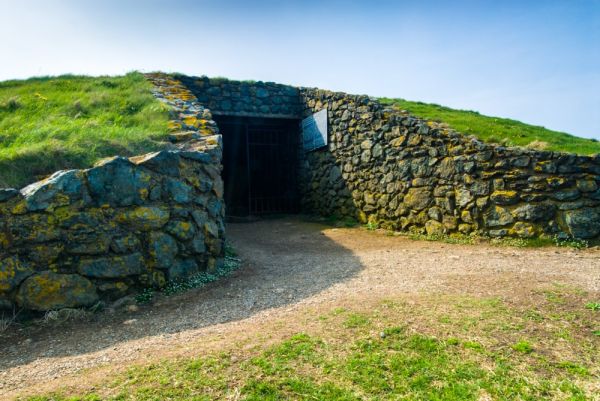 Barclodiad y Gawres is one of the most impressive of the many prehistoric remains on the Isle of Anglesey. This Neolithic chambered tomb has been partially reconstructed, which helps a great deal to give an idea of the site and how it was used.

The most historically important feature of Barclodiad y Gawres is the wealth of carved stones, particularly several carved with spiral patterns similar to those found at Bryn Celli Ddu, also on Anglesey. These spiral patterns are unique in Wales, and have more similarity to decorated tombs in Ireland than to other British sites.

The name of this Neolithic tomb means "the giantess's apronful", which gives you an idea of its impressive size. The tomb is built to a cruciform pattern, with a central area with a hearth, and side chambers. Two cremated male burials were discovered in a side chamber.

The exterior of the tomb can be viewed daily, but the interior is limited to accompanied seasonal viewing. See the Cadw website for current details. 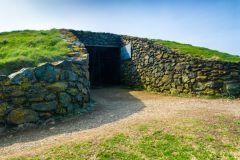 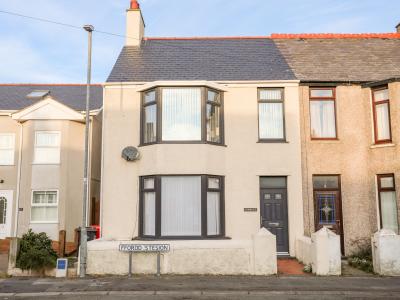 This wonderful cottage rests in Wales and can sleep ten people in five bedrooms.
Sleeps 10

This fantastic upside down cottage is located in the town of Rhosneigr in North Wales and can sleep four people in two bedrooms.
Sleeps 4