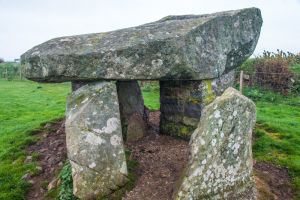 Ty Newydd is the remains of a Neolithic chambered tomb, with a chamber composed of four short stones supporting a very large capstone. The supporting stones have a little help, for the capstone is now also supported on two brick pillars, which do rather distract from the ambience, but on the other hand, without them, the capstone would be in the mud!

The capstone is approximately 13 feet long and 5 feet wide.

The chamber was originally part of a passage grave. One theory is that the tomb was originally similar to Bryn Celli Ddu, with a second chamber joined to the first by a passage, and the entire tomb was covered by a large mound which was later removed.

There is no parking area for the tomb; just park along the verge and take the signed path. 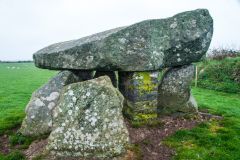 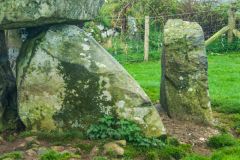 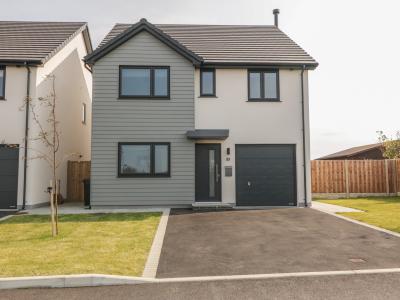 This detached cottage rests in Llanfaelog, Anglesey and can sleep eight people in four bedrooms.
Sleeps 8