HERITAGE HIGHLIGHTS:   The best preserved llys, or royal court, of the Princes of Gwynedd 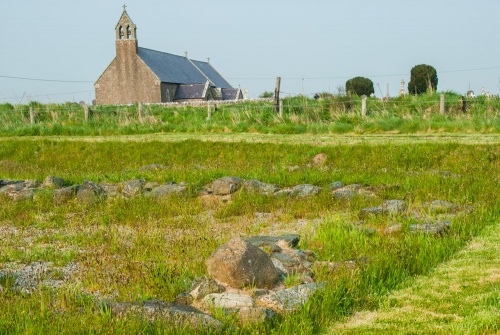 The remains of a royal court of the powerful Princes of Gwynedd lie in a field in the Anglesey village of Newborough. This is the only royal palace of the princes where the building foundations have remained almost completely intact, allowing us to see how the court was laid out and how it functioned over 700 years ago.

Llys Rhosyr is just one of the llysoed, a kind of royal court, established by Llewelyn Fawr, a powerful 13th century Prince of Gwynedd. The remains of the palace were unearthed in 1992 by archaeologist Neil Johnstone. In the intervening years only about a quarter of the sizeable site has been excavated, leaving much still to be discovered.

The court at Llys Rhosyr was one of many such llysoed. The royal court was not established at one central location, rather, the princes travelled from one llys to the next on an irregular cycle, and each llys had to be prepared to receive the prince and his entourage.

Each llys was the focal point of a royal estate, called a Maerdref; in this case, Llys Rhosyr was the 'capital' of the Menai commote (district).

As far as we know, the site was abandoned around 1282, after the Edwardian invasion. Around 1330 a severe storm left much of the llys buried under sand. Excavations at Llys Rhosyr have yielded pottery, coins, and a number of other small artefacts.

Walls of three major buildings have been exposed, as well as the perimeter wall surrounding the site. The three buildings on view are thought to include the main hall of the llys, and a building beside it that was possibly the prince's private quarters.

Less than a kilometre from the site is the Pritchard Jones Institute in Newborough, where you can see an audio-visual presentation about Llys Rhosyr, which helps explain the importance of the site. 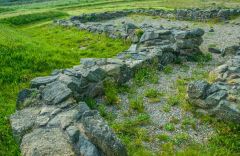 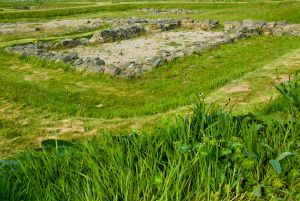 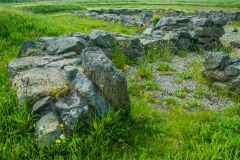 About Llys Rhosyr
Address: Church Street, Newborough, Anglesey, Gwynedd, Wales, LL61 6RU
Attraction Type: Historic Building
Location: Approaching Newborough from the direction of the A55 take the first left by the school until you come to a junction and continue ahead for a 1/3 of a mile, Llys Rhosyr is on your right.
Website: Llys Rhosyr
Location map
Llys Rhosyr Photos
OS: SH424656
Photo Credit: David Ross and Britain Express

More self catering near Llys Rhosyr >>

This timber framed cottage rests in the village of Newborough in Anglesey, North Wales and can sleep six people in three bedrooms.
Sleeps 6 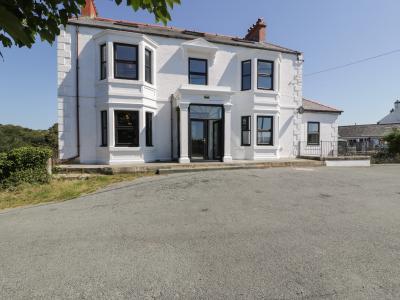