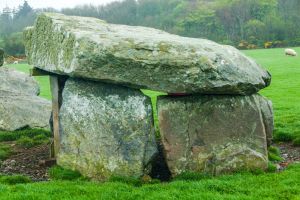 The remains at Presaddfed probably represent two chambers of a now-vanished Neolithic burial site. One of the chambers is collapsed, but the other retains its capstone, supported on several sizeable uprights, albeit with the aid of modern stone posts.

According to Cadw (Welsh Heritage) who look after the site, the tomb was established sometime between 4000 and 2000 BCE as a place for communal burials. It would originally have been covered with a mound of stones or earth.

Local legend has it that in the 18th century the chambers were used as a shelter by a poor family - which is astonishing given how small and open the chambers are! 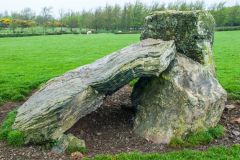 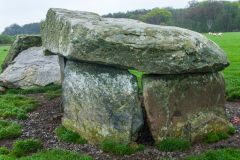 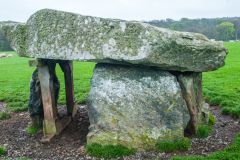 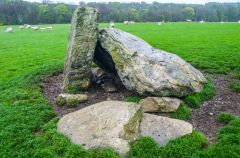