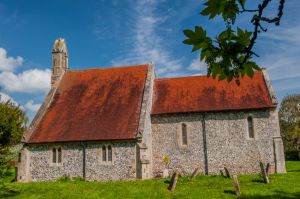 St Mary's dates from around 1120, with a nave, 14th-century south aisle, north porch, and chancel. There is no tower, just a small bellcote over the west gable, which was restored in 1849. The chancel is very narrow and tall, end the nave quite short by comparison, emphasising the ancient origins of the building.

The walls are of local flint, dressed with stone. The slender lancet windows in the chancel are 12th and 13th century as are those on the north wall of the nave. Supporting the west bellcote is a decorative buttress with a peculiar carved corbel head near the base, and there are a couple more corbels flanking the west window. 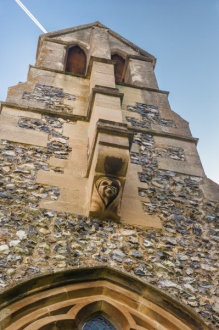 The south door by which you enter the church is the original Norman entrance. The nave roof is 14th century, built with crown-post and tie-beams, and the south arcade is also 14th century. The chancel arch is Norman, very simply carved, with a later Victorian inscription on the arch. To the south is a very odd squint in the shape of a horseshoe, allowing a view of the altar from the south aisle.

The chancel roof is 16th century, again with king-posts and tie-beams. The rear arch and shafts of the double lancet east window are 13th century but the window was considerably rebuilt in the Victorian period. On the south wall are a 13th-century sedilia and piscina and on the north side is a double aumbry of the same date. The east window has colourful Victorian glass by the Powell company.

The font is Norman, though its clean and crisp lines suggest it was heavily recut, probably during the Victorian restoration of 1849. The bowl is set on a slender stem, and you can see evidence of the lock that once held a wooden cover in place. 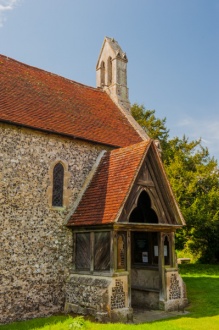 The north porch and bellcote

The pulpit is 17th century, with very nicely carved panels typical of 17th-century decoration. The oak altar is also 17th century, but the altar rails and chancel stalls are Victorian.

In the south aisle is an Elizabethan brass to Letitia Barnard (d. 1593). In typical Elizabethan style, this monument shows Barnard kneeling at prayer, her four children behind her. But there is more to this appealing memorial than meets the eye; if you look by her hands you will see a hole. This is probably the result of a musket ball fired by a soldier during the Civil war siege of Wallingford in 1646.

The Ridgeway long-distance path leads nearby, and can be used to stroll to another redundant Thames-side church at Mongewell, a mile to the south, and if you continue further south you come to North Stoke, where the church has wonderful 14th-century wall paintings.

The oldest remaining parts of St Mary's are the Norman door and the chancel arch. The medieval roof is still in place, despite a Victorian restoration.

The church is no longer in use and is preserved by the Churches Conservation Trust. It is open during daylight hours (at least it was when we visited!). The hardest part of visiting is simply finding the church. There is no signposting from nearby roads that we could see, and it is not until you are practically on top of the church that you can see it is hidden amid the trees beside Newnham Farm. We parked in a layby on the Old Reading Road and followed the farm drive towards the river. The church is immediately south of the farm, in a copse of trees. 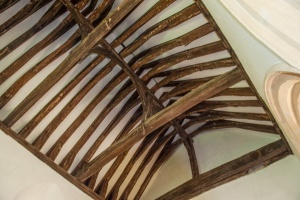 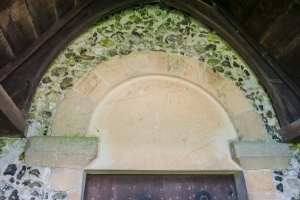 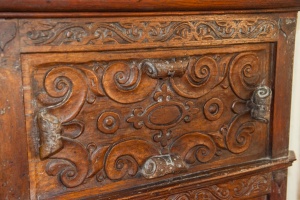 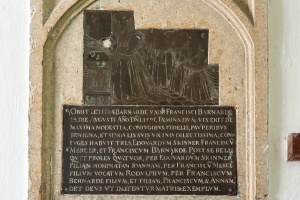 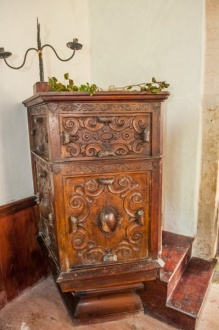 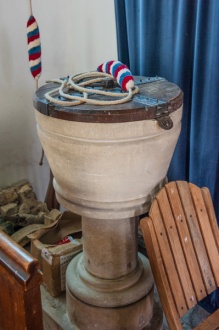 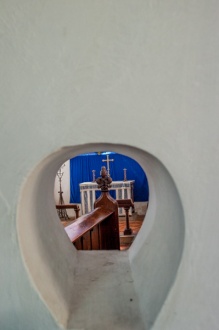 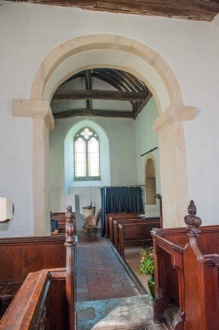 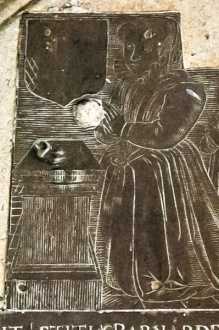