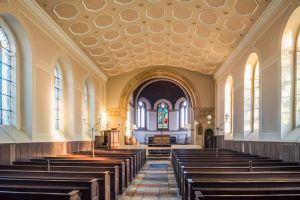 A Georgian church marked by a distinctive spire and an octagonal belfry. The church was designed in 1763 after the medieval building on this site had been destroyed during the Civil War.

The original St Peter's was one of 14 medieval churches in the town. It was badly damaged during the 1646 siege of Wallingford. The town was a Royalist stronghold, and King Charles had a major base at Wallingford Castle. Money to rebuild the damaged church was raised by public subscription and amounted to £2,179.44.

The body of the church was completed by 1769, while the slender spire and belfry were added by Sir Robert Taylor, Architect of the King's Works, in 1777. The striking spire is a much-loved landmark for travellers along the Thames, though one American visitor in 1886 called it a 'fearfully mean-looking spire'. The rebuilt church consisted of just a nave and tower, with box pews and a three-tiered pulpit. The original bell and clock mechanism are housed in the tower. 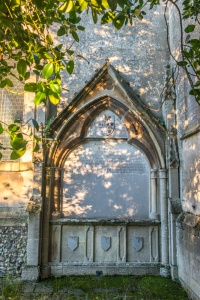 A rounded chancel and an organ chamber were added in 1904. The original organ has been replaced by one brought here from St James church in Toxteth. The east window, depicting Jesus and St Peter, was made by the famous William Morris company and installed in 1919.

The nave is built to a very Georgian design, with a high, coffered ceiling, crafted by a local man named Solomon Gunston.

Within the nave is the tomb of Sir William Blackstone. Blackstone was the author of the legal 'Commentaries' which bear his name and have been required reading for solicitors ever since. Blackstone (1723-1780) served as a judge and Recorder of Wallingford from 1749 until his death in 1780. His 'Commentaries on the Laws of England' inspired the American Declaration of Independence and formed the basis of the US Constitution. Blackstone was instrumental in getting the medieval church rebuilt.

Look for graffiti around the tower door, dating back centuries. The tower walls are lined with several interesting memorials to the Golding and Widdows families, many of them surgeons.

The last service at St Peter's took place on 29 June 1969, exactly 200 years after its first service. The church was then declared redundant and passed into the care of the Churches Conservation Trust. It stands at the east end of town, near the entrance to the Saxon burgh, or fortified town of Wallingford.

The church is usually locked, but there are two keyholders nearby. When we visited, there was a sign on the gate directing us to the tourist information centre in the market square, or to an antique shop on High Street. The TIC was closed, but the shop was open, and when we finally discovered it, proved to be just around the corner from the church. 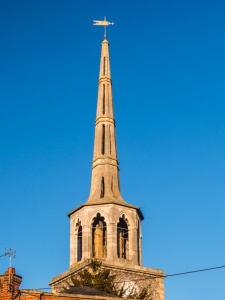 The church interior is a wonderful example of Georgian style, with beautifully detailed plasterwork. When we visited there was a temporary stage at the east end of the church, ready for a music performance. It is great to see historic buildings like St Peter's being used by the local community.

The gravestone to William Blackwell is easy to find; it is set into the floor of the nave directly in front of the chancel. One historic feature that isn't quite so obvious is Blackwell's memorial, which is outside the church, set against the south wall of the nave.

It is worth wandering down Thames Street a hundred yards just to get a good look back at the striking church spire, which is unlike anything I've ever seen on an English church.

If you enjoy visiting historic churches, don't miss St Mary's, on the market square, or the Saxon church of St Leonard, a few hundred yards further along Thames Street on St Leonards Lane. 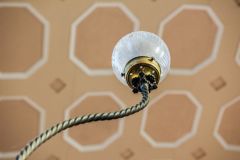 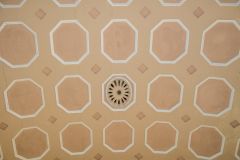 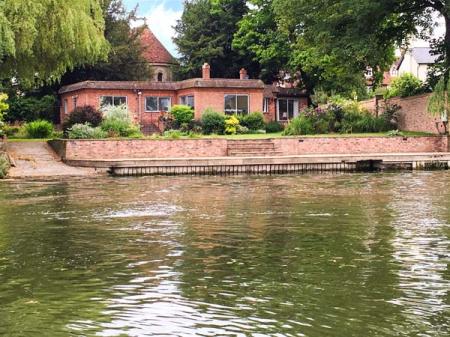 This spacious, detached cottage is in the town of Wallingford in Oxfordshire and sleeps seven people in four bedrooms.
Sleeps 7